TRANSCRIPT: Duterte admits he has no master plan for Boracay 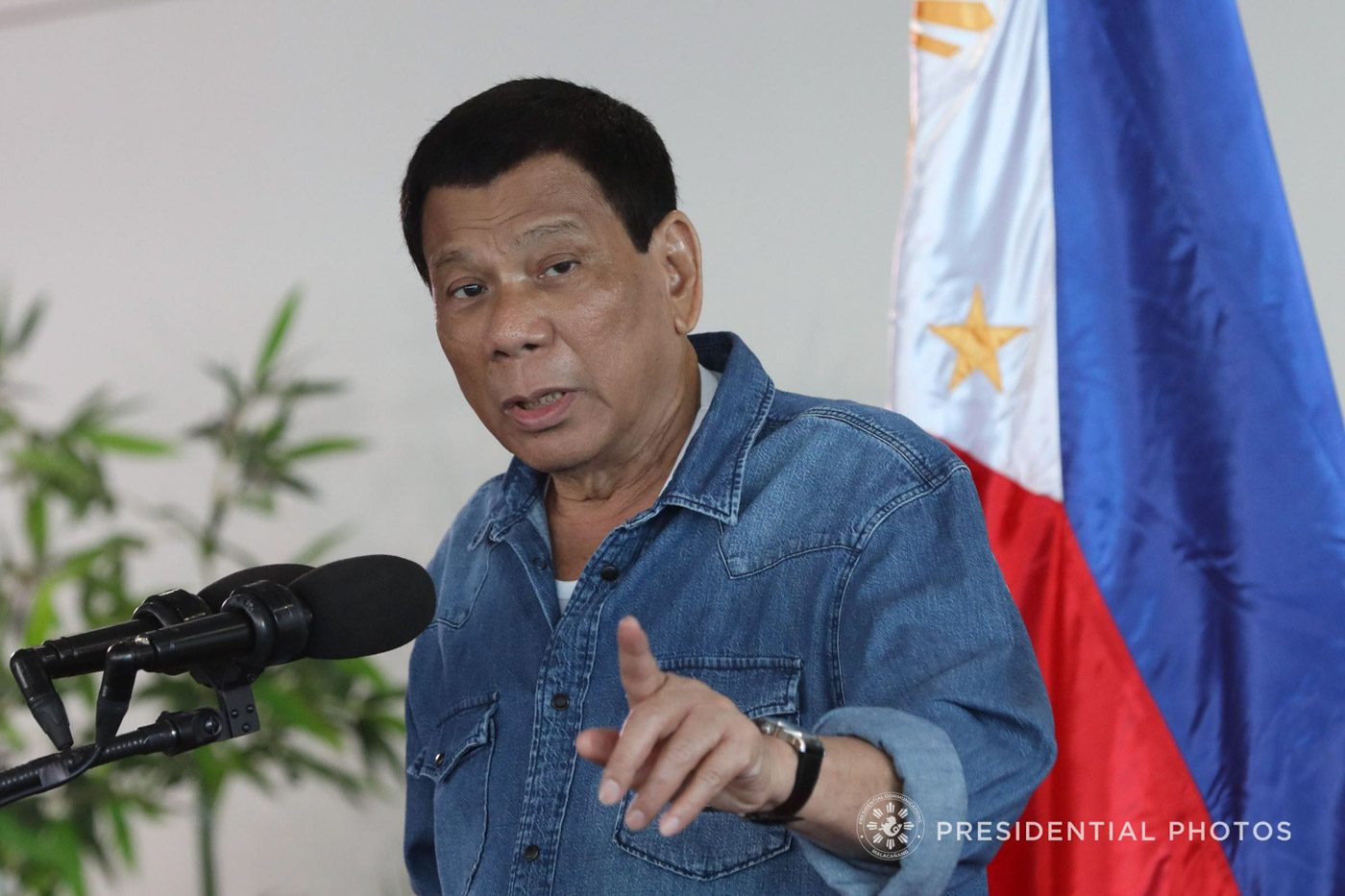 MANILA, Philippines – President Rodrigo Duterte admitted he has no master plan for the world-famous island of Boracay, which he decided to close to tourists for 6 months supposedly to rehabilitate it.

Duterte was asked in a press conference on Monday, April 9, if the government has a “master plan” for Boracay during its 6-month closure.

Responding to this, Duterte first denied he wants a casino built in Boracay, stressed that Boracay is an agricultural land, and said he will give about P2 billion ($38.47 million) in assistance to poor Filipinos affected by his move.

Read the relevant part of the Malacañang transcript below:

EDITH REGALADO, PHILIPPINE STAR: Sir, ganito. Okay there’s already an announcement that Boracay would be closed by April 26. But my question is: has there been a master plan, what would be done during those 6-month period? Has the multi-agency group submitted to you something that this could be done, this will be the face of ano. A master plan lang po ang tinatanong ko?

PRESIDENT RODRIGO DUTERTE: Look, first of all, there’s the newspaper report, sa inyo ata iyon, na I was – I was going to allow any casino there, somewhere. Sa inyo iyon. Newspaper mo lang ang binabasa – iyong iyo kasi andiyan ka. Far from it actually, I never said anything about building anything or even a nipa hut there. What I said is that that island itself is owned by the government. I have said it before, agricultural iyan pati forestal. Unless there is a law or a proclamation of the President setting aside anything there, any… an inch of land maybe then that would be all right for other people to go in.

In the meantime, there is no plan. My order was to clean it up. So mag-clean, sarado, there is one way in and one way out.

Now if you are asking of a financial help, we are – I’m going to sign the proclamation of calamity and we can make available about 2 billion of assistance. But these are only for the poor Filipinos. I will not spend any single centavo for those inns there, hotel owners, or motels. At iyong magagandang bahay, do not expect me to pay anything. That money is only intended for the Filipino. Iyong mga foreigners neither reparations or remunerations. Eh sila iyong pumasok diyan, they should know na bawal. Iyong 2 billion diyan and the other help of – each department has its own contingency plan. So mayroon magtulungan kami.

But master plan wala akong master plan diyan, linisin ko muna iyan kasi agricultural iyan. So maybe after that, I’ll give the farmers – i-land reform ko na iyan mas mabuti pa. I’ll tell you now. I-land reform ko lahat iyan then I’ll give it to the farmers. Me, I’ll give them the tractors, iyong ano – agricultural eh. Eh ‘di ibigay ko muna sa – bago ano iyang – well sabihin ninyo, how about the business? Well, I’m sorry but that is the law. The law says it is forestal/agricultural. Why would I deviate from that? Do I have a good reason to do the what? What? Mga casino?  Who owns the casino? Hotels? Big ones. Who owns them? Eh mga mayaman pati iyong mga dayo. Eh agricultural man kaya iyan, eh ‘di ibigay ko sa farmers.

You want to know now? I’m going to read the announcement. It is going to be a land reform area for the Filipinos. Now, if they want to build something there, they can build in a floating – unahin ko iyon, lilinisin ko lang naman, ibalik ko sa Filipino iyong lupa nila.

DUTERTE: Walang akong plano diyang casino-casino. Tama na iyan kasi sobra na. May casino dito, casino doon. Give it to the people who need it most. That is an announcement: It will be a land reform area, period.

Duterte administration officials earlier said the government will fix the sewerage and garbage disposal systems of Boracay, and dismantle 948 illegal structures on forest land, and have more than 100 buildings or resorts demolished during Boracay’s 6-month closure. – Paterno Esmaquel II / Rappler.com