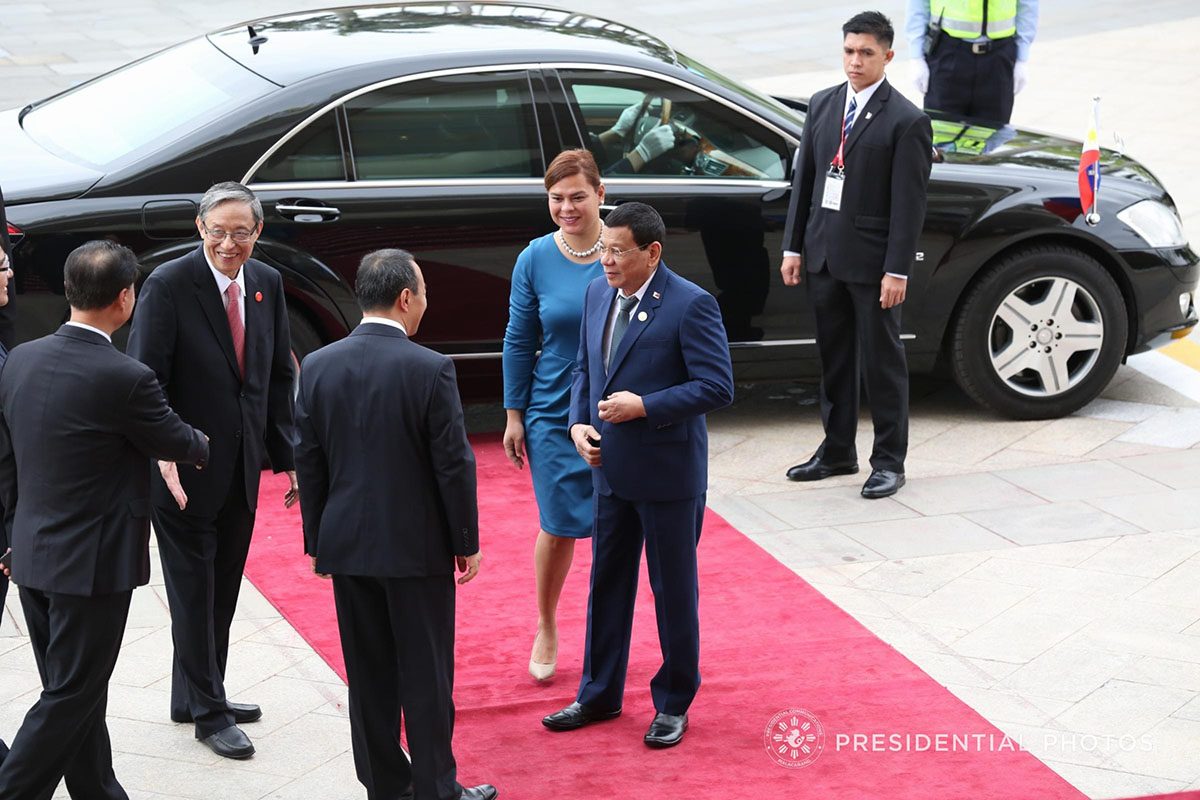 Facebook Twitter Copy URL
Copied
During President Rodrigo Duterte's visit to China, Chinese companies say they intend to put in a total of P470 billion worth of investments

MANILA, Philippines – During President Rodrigo Duterte’s visit to Boao, China, 10 Chinese companies said they would invest billions in the Philippines.

Most of the companies signed letters of intent in the presence of Duterte and his Cabinet members during a ceremony held on the sidelines of the Boao Forum for Asia on Tuesday, April 10.

The estimated total value of the investment, if they push through, is $9 billion or P467 billion. The investments are also expected to generate 10,000 jobs for Fillpinos.

The 10 companies are and their intended investments are:

During the signing ceremony, Duterte thanked Chinese businessmen for considering pouring in capital into the Philippines.

“The Philippines welcome responsible foreign investors as new partners in building the Philippine economy,” he said.

Duterte also reiterated his determination to weed out corruption from government.

“I emphasize the Philippines’ commitment to address corruption, that corruption will not be tolerated under my watch,” he said.

Later that day, Duterte held a bilateral meeting with Chinese President Xi Jinping. That morning, the Philippine leader had addressed other heads of state and government in the Boao Forum’s plenary session. – Rappler.com