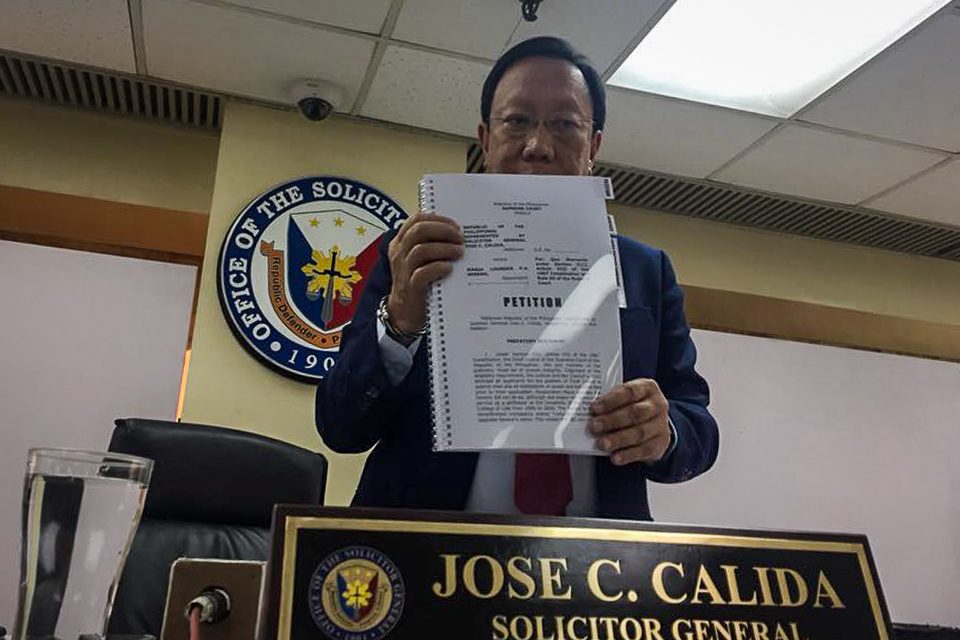 MANILA, Philippines – The camp of Chief Justice Maria Lourdes Sereno argued on Saturday, April 14, that their recovery of additional Statements of Assets, Liabilities, and Net Worth (SALNs) “destroys” the quo warranto petition filed against her by Solicitor General Jose Calida.

Lawyer and spokesperson Josalee Deinla said that “prior to Calida’s retrieval of the SALNs,” Sereno already found at least 11 of the missing SALNs from when she worked at the the University of the Philippines (UP) as a professor from 1986 to 2006.

She then argued that the CJ “had already informed the high tribunal in her Comment filed on March 19, 2018, that she had already recovered most of the missing SALNs.”

Calida’s quo warranto petition was hinged on the argument that Sereno did not file these SALNs and did not submit them to the Judicial and Bar Council (JBC) when she applied for the chief justice post in 2012.

Sereno claimed that the JBC noted her “substantial compliance” to the requirements despite the missing SALNs. (READ: ‘Litany of falsehoods?’ The trouble with Sereno’s SALNs)

“The fact that Calida himself confirmed that he had obtained the SALNs himself proved that the Chief Justice had indeed filed her UP SALNs contrary to [the] Solicitor General’s claim in his petition,” Deinla said.

Calida’s confirmation “should result in the immediate dismissal of the petition,” she argued.

“His submission is an admission that his petition is baseless. The recovery of most of the SALNs destroys the SolGen’s main argument that the Chief Justice should be removed from office on ground that she failed to file her SALNs and submit them to the JBC,” she added.

According to Deinla, if the House of Representatives approves the articles of impeachment against the Chief Justice, Sereno will present the recovered SALNs to the Senate, which will then serve as the impeachment court.

This is “without prejudice to her legal defenses, in light of the fact that her alleged failure to file SALNs before she joined the SC is not within the scope of the impeachment complaint or the grounds for impeachment provided in the Constitution,” Deinla added.

In March, the House justice committee sent the articles of impeachment to the plenary for a vote. – Rappler.com