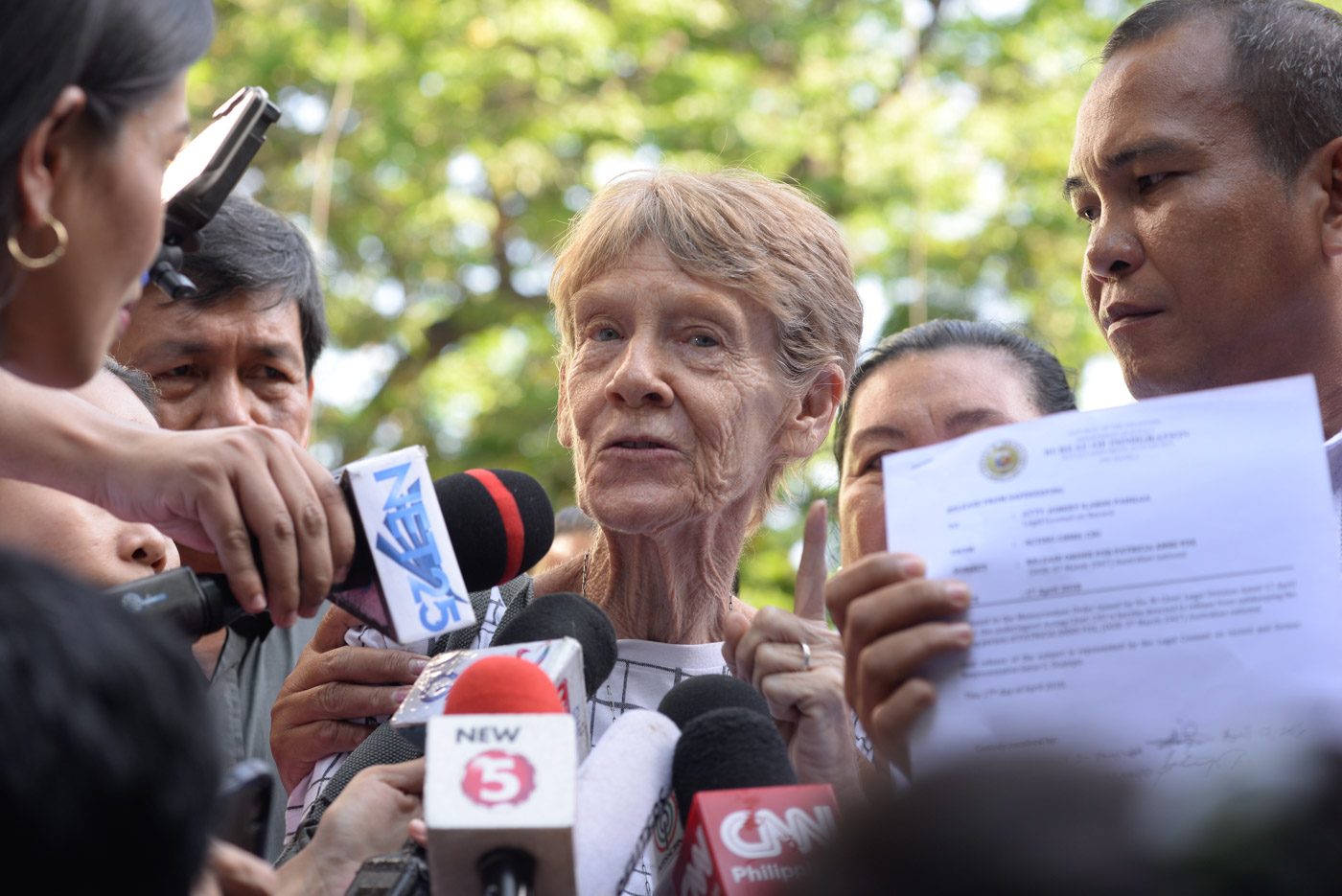 The BI announced this in a statement at 2:15 pm on Tuesday, even as Fox was yet to exit her detention room. Fox walked free around 3:30 pm.

In an interview with reporters before leaving the BI, Fox explained that she, as a nun, has joined pro-human rights rallies for farmers and for political prisoners.

“If you call it political, I call it part of our duty as religious that we support the poor, which is supposed to be where we’re standing with the poor. I haven’t joined political rallies in terms of party politics, but I have been active in human rights issues,” the Australian nun said.

BI spokesperson Antonette Mangrobang, in a separate interview with reporters, denied insinuations that the Philippines is cracking down on foreigners who criticize the government.

“There is no crackdown. We are just implementing our existing regulations,” Mangrobang said in a mix of English and Filipino after Fox was released.

Preliminary investigation up next

The BI said in a statement that Immigration Commissioner Jaime Morente “approved the recommendation of the BI legal division headed by lawyer Arvin Cesar Santos that Fox be released for further investigation after it was established that the Australian nun holds a valid missionary visa and, thus, she is a properly documented alien.”

The BI said Fox submitted her passport and other immigration documents showing that she was issued her missionary visa on October 15, 2017, “and that said visa is valid until September 9 this year.”

“In a two-page Note with Recommendation to Morente, Santos noted that while Fox was alleged to have taken part in protest actions by farmers in the past, she was not doing so at the time when BI operatives served her the mission order yesterday,” the BI said.

Santos said Fox is not covered by inquest proceedings as this would only apply “to aliens arrested after being caught in flagrante violating immigration laws.”

Santos said that under BI rules, “Fox should undergo preliminary investigation to determine if deportation charges should be filed against her before the bureau’s board of commissioners.”

Morente had earlier ordered Fox’s detention “due to reports that she violated the conditions of her stay by engaging in political activities and anti-government demonstrations.” (READ: Arrest of nun shows Duterte gov’t ‘has much to hide, guilty as hell’ – rights group) – Rappler.com