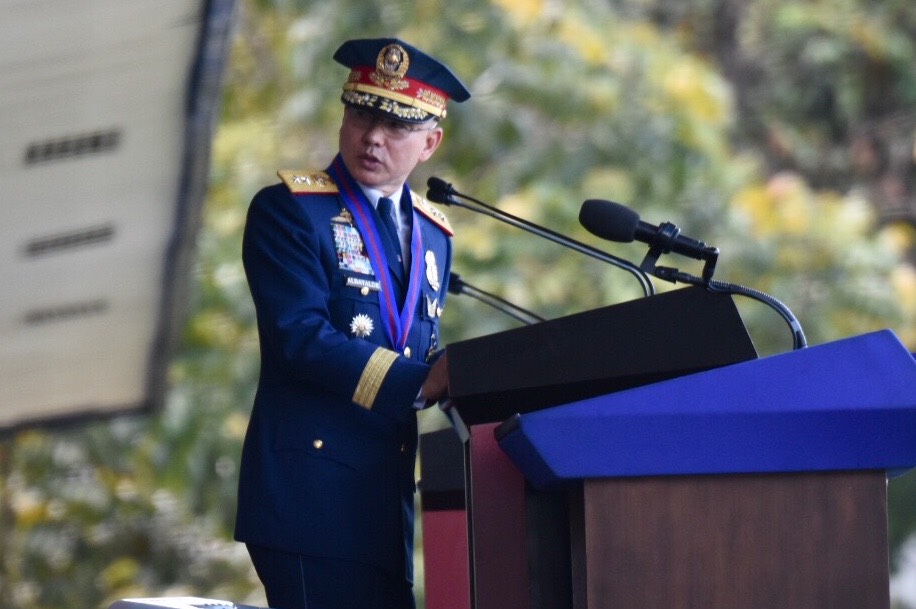 MANILA, Philippines – New Philippine National Police (PNP) chief Director Oscar Albayalde on Thursday, April 19, vowed to continue the “low-key but stern” leadership he has been known for as he leads the 180,000-strong police force.

“Today as I humbly accept this new responsibility to lead the PNP I shall commit to continue my low-key but stern kind of leadership,” Albayalde said in his inaugural address as the new top cop during turnover ceremonies in Camp Crame late Thursday afternoon.

When he led the National Capital Region Police Office (NCRPO), Albayalde was known to be strict in enforcing discipline among his subordinates. (READ: Incoming PNP chief Oscar Albayalde aims to discipline police force)

He became popular in the lead-up to his appointment as he went on midnight motorbike runs over the Metro to check on police station cops. Policemen caught sleeping or slacking off were sacked on the spot.

Albayalde replaces Director General Ronald dela Rosa, his classmate in the Philippine Military Academy, who is seen as the opposite of the new PNP chief in terms of demeanor.

While Albayalde is seen as a stoic kind of leader, Dela Rosa is not averse to a public display of emotions, as witnessed during the Senate inquiry into the death of Albuera Mayor Roland Espinosa at the hands of cops. (READ: Dela Rosa cries at Senate probe: ‘Ako’y hirap na hirap na’)

Department of the Interior and Local Government (DILG) Officer-in-Charge Eduardo Año, said earlier on Thursday that the unreleased P59.8-million allowance of  Special Action Force (SAF) troopers will be a “litmus test” for the new PNP chief. – Rappler.com