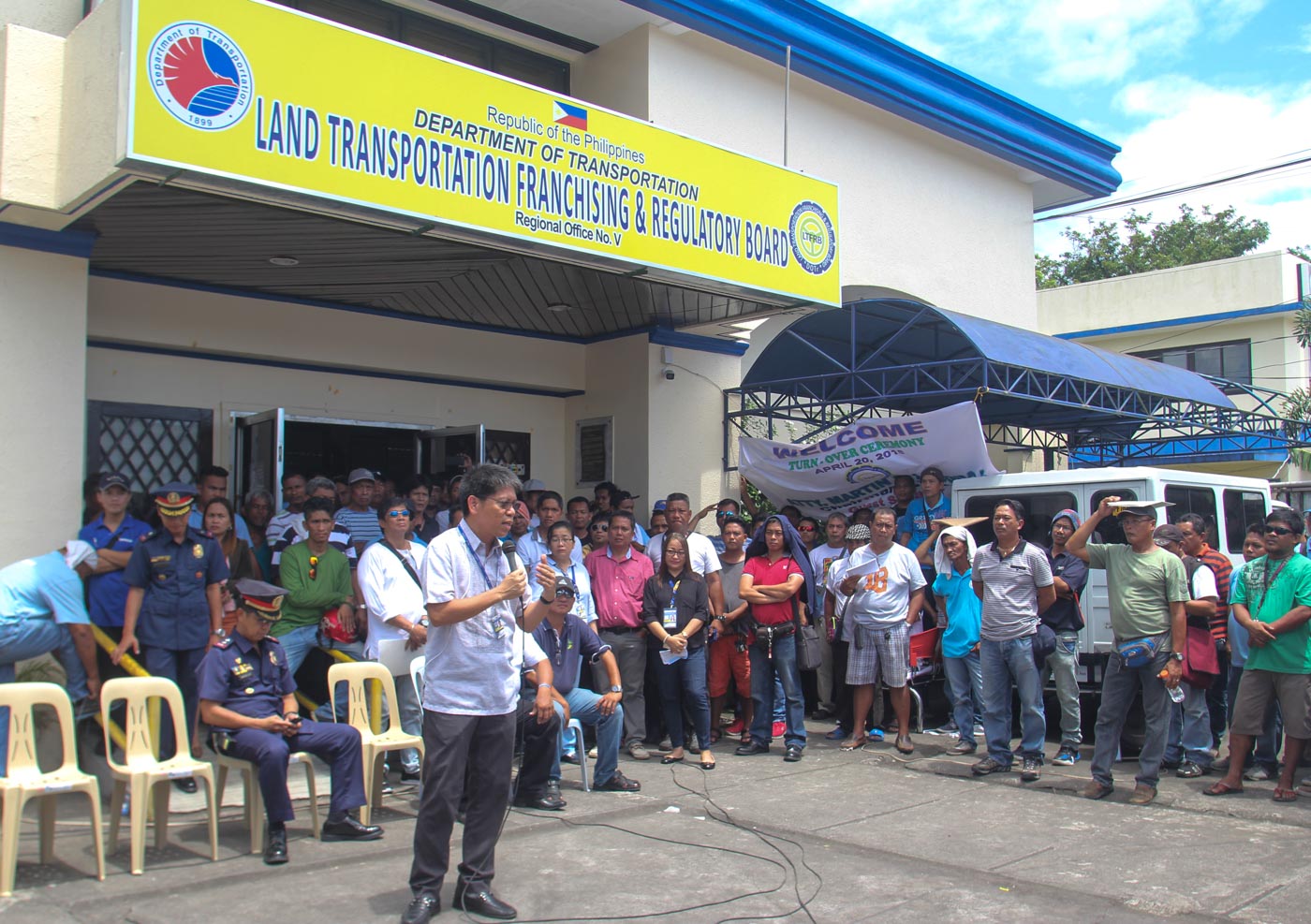 Former LTFRB Bicol regional director Jun Abrazaldo urged President Rodrigo Duterte to investigate Delgra as well, and threatened the LTFRB chief with a law suit on Friday, prior to the installation of the new Bicol director, in full view of LTFRB employees and media covering the event.

Abrazaldo, who was sacked because of alleged corruption, turned the tables on Delgra and accused him of being unfair and of supposedly siding with apprehended colorum or out-of-line buses plying Bicol.

He claimed that whenever LTFRB-Bicol apprehended colorum buses, Delgra would immediately call him up to supposedly intervene by telling him that the regional office had no jurisdiction over the buses.

“Sir, you accused and made me corrupt before the President but it was you who intervened in a franchise with violation under our jurisdiction,” Abrazaldo told Delgra.

“In just one day after our apprehension, how did you know that we’re handling a case after a subpoena? You might be lawyering to a case with franchise violation involving three casualties. Sir, see you in court. I will file a case against you,” he added.

Abrazaldo added that under his watch, LTFRB-Bicol impounded 228 vehicles and collected P22 million in revenues in 6 months.

“Mahal na Pangulo, paimbestigahan mo itong chairman. Sobra, sobra (Mr President, have the chairman investigated. He’s too much),” he said, adding that he’s ready to show the President text messages he had received to prove his claim.

Abrazaldo was apparently sacked  based on an intelligence report on his alleged corruption, that Delgra had received.

Delgra had earlier written the President to report that in January, he received a confidential report from the National Intelligence Coordinating Agency (NICA) dated December 19, 2017, pointing to serious allegations of corruption against Abrazaldo.

“There were also serious allegations and questionable acts as regional director wherein he acted on a case in which the regional office has no jurisdiction,” Delgra said.

The LTFRB chief said that when he received the NICA report, he confronted Abrazaldo but the latter was bent on remaining in his post, prompting Delgra to tell Duterte in his letter, “Mr Abrazaldo was appointed by you, Mr President.”

Abrazaldo was named LTFRB Bicol chief in May 2017.

Duterte had earlier tagged the LTFRB as one of the country’s most corrupt agencies that needed a major overhaul after key officials and employees were implicated in corruption.

Delgra said that 8 LTFRB regional directors had been relieved due to corruption cases involving alleged bribery and illegal transactions. 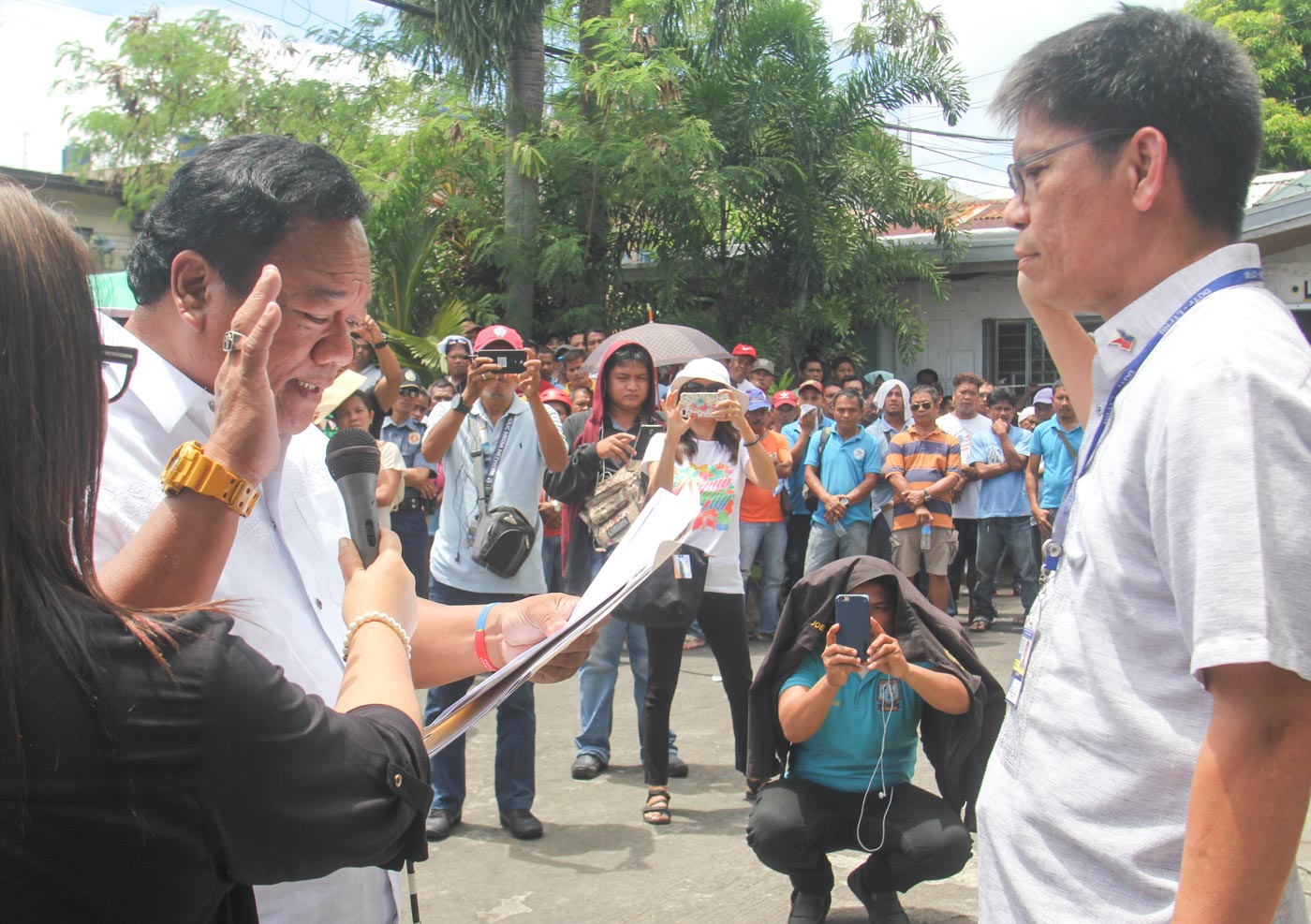 The new LTFRB Bicol director vowed to work for transparency and to fight corruption in the agency, as ordered by the President.

Delgra urged transportation groups in Bicol to support Kahulugan and for them to work together to weed out corruption in the LTFRB.

The LTFRB chief made the appeal as the 1-United Transport Alliance of the Philippines (1-UTAH) held a protest in support of Albrazaldo outside the local LTFRB office on Friday.