Apr 25, 2018 3:52 PM PHT
Paterno Esmaquel II
Facebook Twitter Copy URL
Copied
'The allegations against me are baffling and unfounded,' says Rappler CEO Maria Ressa in her counter-affidavit filed with the DOJ on her behalf by her lawyers 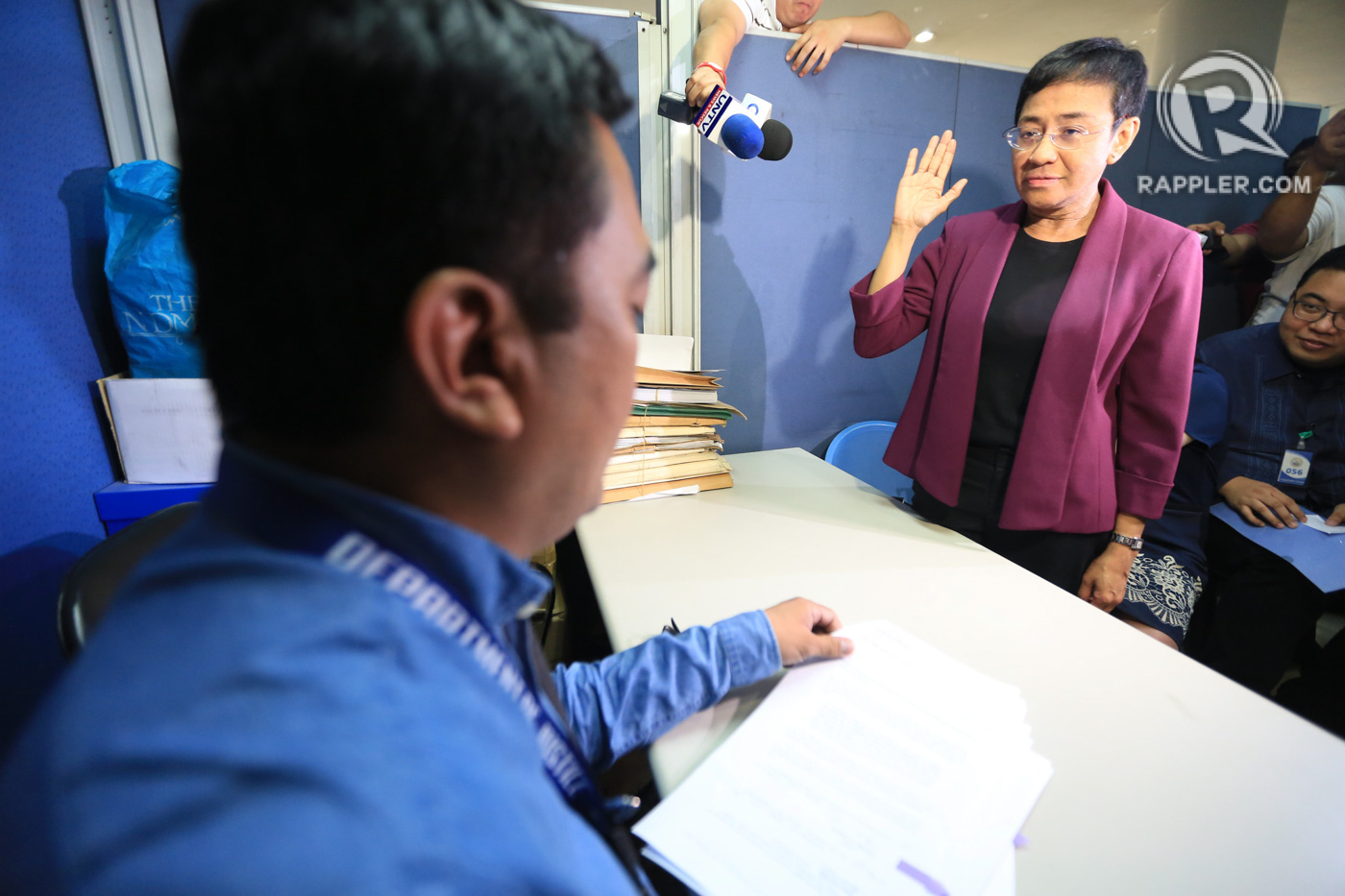 MANILA, Philippines – Rappler CEO and executive editor Maria Ressa submitted a counter-affidavit to the Department of Justice (DOJ) on Wednesday, April 25, to deny an accusation of cyber libel over a story published in May 2012.

In her counter-affidavit, Ressa said, “The allegations against me are baffling and unfounded.”

It was through her lawyers that Ressa filed this counter-affidavit on Wednesday, as she was in Seoul, South Korea, for the Reporters Without Borders (RSF) report on the state of press freedom around the world.

Ressa, however, appeared before DOJ prosecutors on Tuesday, April 24, to swear to the truthfulness of the counter-affidavit that her lawyers were to file on her behalf.

Reynaldo Santos Jr, the former Rappler researcher-writer who wrote the story, also submitted his counter-affidavit on Wednesday. The counter-affidavits of Rappler treasurer James Bitanga and managing editor Glenda Gloria will be submitted on May 18.

The cyber libel complaint stemmed from a Rappler article on May 29, 2012, that said then chief justice Renato Corona used a vehicle registered under businessman Wilfredo Keng.

Ressa argued that she cannot be accused of cyber libel because the Cybercrime Prevention Act was not yet in effect when the story was published on May 29, 2012.

But on October 9, 2012, the Supreme Court issued a 120-day temporary restraining order (TRO) on the Cybercrime Law. The SC extended this TRO until April 22, 2014, or almost two years after the story was published. The Rappler article on Keng was updated on February 19, 2014, when the TRO was still in effect.

Ressa explained that the government cannot punish an action done before the passing of the law. Doing so, she said, will make the Cybercrime Law an ex post facto law, which “is expressly prohibited” under the 1987 Constitution.

Ressa quoted a Supreme Court decision that said an ex post facto law is one “which makes an action done [criminal] before the passing of the law and which was innocent when done…and punishes such action.”

In her counter-affidavit, Ressa added that based on the Revised Penal Code, “the crime of libel or other similar offenses are extinguished by prescription in one year.”

This means a complainant has only one year, from the time an article was published, to file a case against a journalist.

“Without any crime, there is no reason for this Honorable Office to conduct an investigation involving me or anybody from Rappler,” she added.

Ressa also said that the cyber libel complaint “fails to allege my participation in the writing and editing of the article” on Keng.

She said that as executive editor and CEO, she manages “the technical and commercial aspects of our business” and “most articles posted by our journalists are not subject to my review.”

“As advised by counsel, for a person to be guilty of a crime, he must commit that crime himself or he must, in some manner, participate in its commission or in the fruits thereof. In this case, I did not in any manner participate in the writing, editing, or publishing of the alleged libelous article,” Ressa said.

In an interview with reporters on Tuesday, Ressa called the cyber libel complaint “ridiculous.” She said, “Here we are at the Department of Justice, and all I’ve done is be a journalist.”

In his own counter-affidavit, Santos cited arguments similar to those made by Ressa.

Santos said, “Despite the clear absence of a law or the fact that such law was not yet in effect during the alleged commission of the crime, he submits that I be held liable under such law. This is undoubtedly a violation of my rights under the law.” 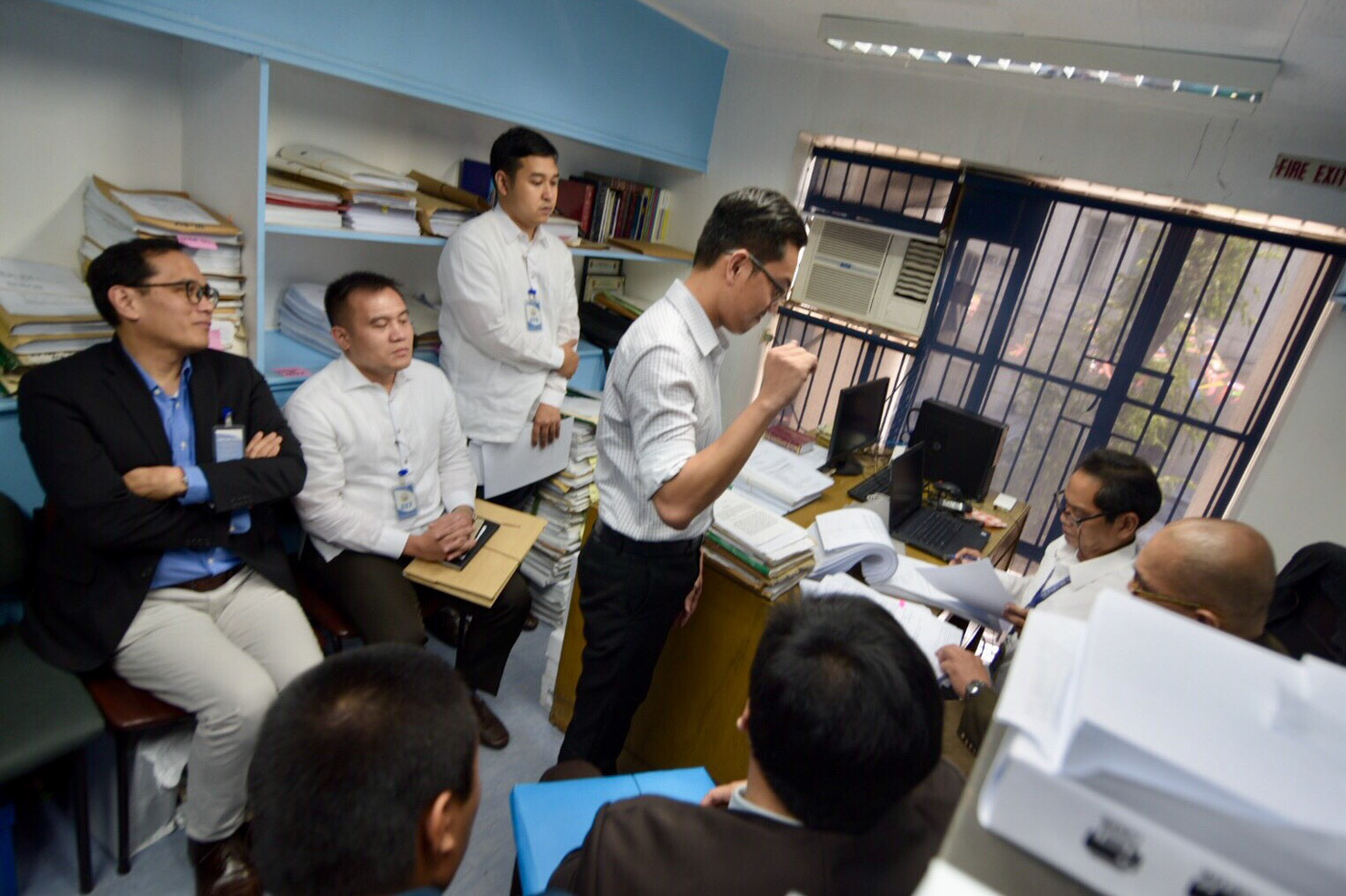 Former Rappler director Dan Albert de Padua, who was named respondent in the cyber libel case, said in his counter-affidavit that “there is no legal basis for this complaint” against him.

De Padua said he “was not connected with Rappler Inc during any of the relevant dates mentioned in the complaint.”

De Padua said his inclusion in the case “is meant purely to harass an innocent by-stander in a misguided and directionless attempt to silence press freedom.”

He pointed out that in the subpoena, his name “was consistently misspelled as ‘DAN ALBER DE PADUA,’ further showing the obviously haphazard and indiscriminate manner in which I was dragged into this complaint.”

He reiterated, too, that the Cyber Crime Law “was not even in force” when the Keng article was published, and that “the alleged crime has prescribed.”

He added that “malice was absent in statements made in the subject news article.” He also said the article “is protected by freedom of the press, freedom of information, and freedom of speech enshrined in our Constitution.”

“With all due respect, this Honorable Office must not allow itself to be used as a tool to silence those who have dared to educate the public, expose corruption, and protest the anomalies in the government,” De Padua told the DOJ.

The DOJ is pursuing the cyber libel complaint even after National Bureau of Investigation Cybercrime Division chief Manuel Antonio Eduarte on February 22 announced the closing of the investigation into the case.

The NBI’s legal and evaluation service had found no basis to proceed with the complaint. Eduarte said the prescriptive period of one year had lapsed.

The NBI, however, resurrected the case on March 2, as it recommended to the DOJ that Rappler be prosecuted for cyber libel. – Rappler.com