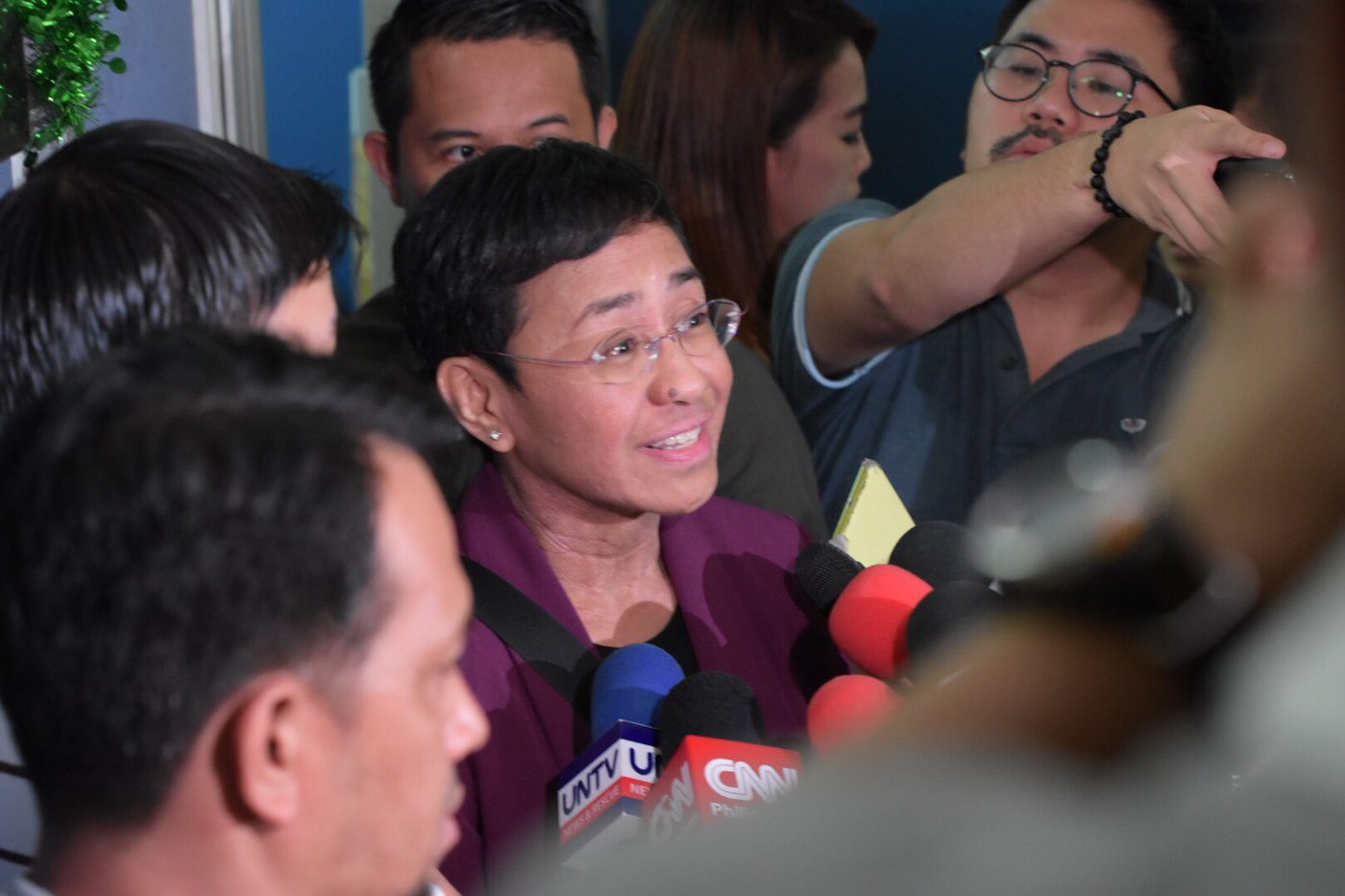 MANILA, Philippines – Rappler CEO Maria Ressa, through her lawyers on Tuesday, April 24, requested the Department of Justice (DOJ) for more time to submit her counter-affidavit in the tax evasion complaint against Rappler Holdings Corporation (RHC).

The tax evasion complaint was filed by the Bureau of Internal Revenue (BIR), while at least 6 other government offices, including the Securities and Exchange Commission (SEC), have taken action against Rappler.

On Thursday, Ressa’s lawyers from the Angara Abello Concepcion Regala & Cruz Law Offices, or ACCRALAW, entered their appearance as counsel for Ressa and RHC.

Ressa’s lawyers said that “in view of the need to further study the Complaint-Affidavit and pertinent documents to enable the respondents to intelligently, appropriately, and sufficiently respond to the allegations made against them, the Respondents respectfully implore this Honorable Office that they be allowed to submit the Counter-Affidavit/s on the second scheduled hearing date on 7 May 2018.”

In an interview with reporters Tuesday afternoon, Ressa said in reference to the tax evasion complaint, “This is a ridiculous execution of the law, and I’m assuming that coherent, critical thinking minds are going to come in and go through.”

The DOJ earlier summoned Ressa and Rappler treasurer James Bitanga over the tax evasion complaint. The agency instructed them to submit their “counter-affidavit and other supporting documents” or affidavits by witnesses at 11 am on April 24 and May 7.

Ressa was represented by her lawyers at the DOJ for the tax evasion complaint at 11 am on Tuesday.

The Rappler tax evasion complaint stemmed from a claim by the BIR.

On March 8, the BIR claimed that Rappler had profited from the sale of Philippine Depositary Receipts (PDRs) to two foreign entities in 2015 and that it should pay income and value added tax (VAT) for the transaction.

Francis Lim, a securities law expert and legal counsel of Rappler argued, however, that the capital raised from issued PDRs has not been booked by Rappler as income. “There is no income taxable event, so to speak. When you raise capital, that’s not income,” Lim said an interview with ANC.

“This is clear intimidation and harassment. The government is wasting its energy and resources in an attempt to silence reporting that does not please the administration,” Ressa said. – Rappler.com