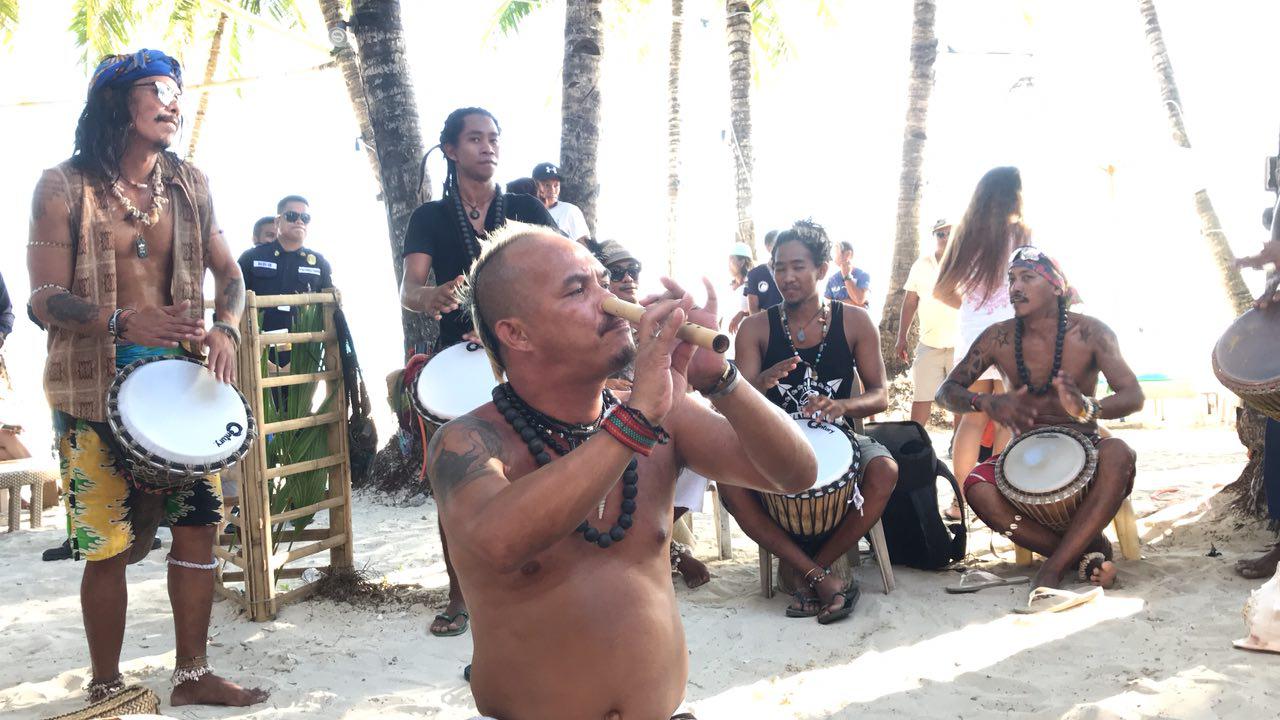 AKLAN, Philippines – On the last day that Boracay Island was open to the public, a group of performers played one last time to thank the island.

On Wednesday, April 25, Island Drum Beaters performed in front of tourists along the shores of Boracay.

The group was led by Buboy Tolosa, 40, who was born and raised in the island. Tolosa said their music evolved from pure tribal music blended with hints of reggae beats.

Tolosa said they supported the rehabilitation even if it meant that they would have to leave the island. (READ: Businesses brace for Boracay closure)

“We have to accept it whether we like it or not. ‘Yung island kasi gusto nya rin magpahinga kasi pagod na pagod na siya. Kung nagsasalita siya yun din siguro ang sasabihin,” he told Rappler in an interview.

(The island also wants to take a rest because it is too tired. If only it could speak perhaps it would say that.)

Island Drum Beaters have been playing in Boracay for the longest time. Watch their last performance before the island is closed to the public: pic.twitter.com/DoeMLYizaQ

On their last day, Tolosa said that their group was grateful for what the island has given them.

“This is our last [performance] in the island. Ang tugtugan naman namin pasalamat sa isla para sa magandang buhay na binigay nila samin,” he said. (We are playing this music to thank the island for the good life it has given us.)

“Maghihintay na lang kami uli after 6 months,” he added. (We can wait for six months.)

Boracay Island will be closed to the public starting April 26, Thursday.– Rappler.com