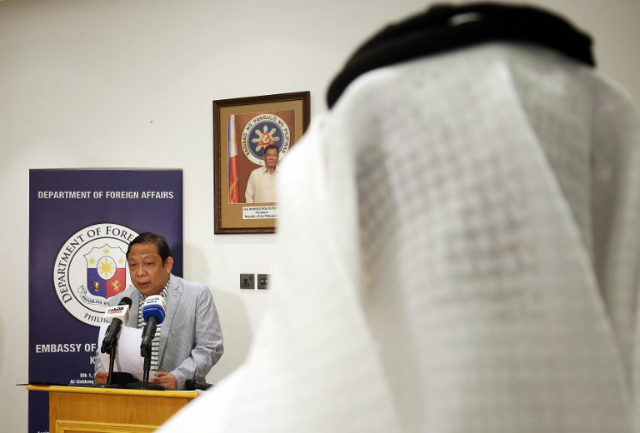 “We would like to reiterate the statement of the Secretary of Foreign Affairs (SFA). The Palace is equally disturbed by the recent developments involving the recall of our ambassador to Kuwait, Ambassador Villa,” said Presidential Spokesperson Harry Roque in a press briefing on Thursday.

Roque explained that after President Rodrigo Duterte’s meeting with Kuwait’s ambassador on Monday, April 23, “we were convinced that all kinks have been ironed out.” He said this belief was “reinforced by the apology” made by Cayetano on Tuesday, April 24.

“We hope that this development will not lead to further worsening of bilateral ties between the two countries. We hope that this is Kuwait’s way of just expressing its anger for which SFA Alan Cayetano had already apologized, and we believe and hope that the passage of time will heal all wounds and will lead to normalized ties,” Roque added.

Malacañang also said there were “no indications” so far that the recent developments would affect the signing of a bilateral document on the protection of Filipino workers in Kuwait, scheduled after Ramadan.

Kuwait said on Wednesday, April 25, that it has expelled Villa due to the “undiplomatic acts by Philippine embassy staff.”

The Kuwaiti government issued the expulsion order after it protested the Philippine embassy’s rescue of abused OFWs in Kuwait without coordinating with local authorities.

The Kuwait rescue operations went viral through a video released by the DFA. – Rappler.com