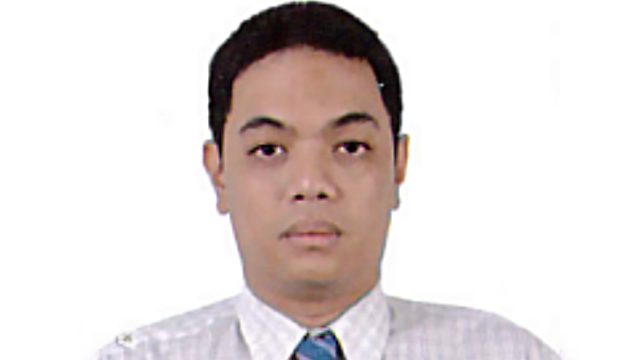 The elderly Simondo said the family could not immediately believe the news that his son, now 31, topped the Bar exams with a grade of 91.05%. (IN PHOTOS: 2017 Bar exam results announcement)

When they heard earlier in the day that the passing rate was at 25.55%, he said, he even feared that his son “might be one of the casualties.” (FULL LIST: Bar Exam 2017 passers)

The father revealed he already “conditioned” the mind of his son not to feel disappointed in case he flunked the exam.

He even told Mark the life of the late senator Claro Recto, who flunked his first bar exam then topped it the succeeding year. (FAST FACTS: Philippine Bar examination)

“When Mark was in high school, he actually wanted to be a doctor, so I advised him to take nursing instead, and then decide from there if he wanted to pursue medicine,” the father said.

But after working as a volunteer nurse for 3 years, Mark decided to change careers.

The father said he did not protest anymore when Mark told him he wouldn’t pursue the nursing profession anymore.

The elderly Simondo said his son wanted to take accountancy instead, but he advised Mark to take up law instead.

The father said he felt sorry for Mark because his first year at the College of Law was a very challenging one.

He remembered telling his son, “If you felt pressured, just quit. After all, you are still a registered nurse. You can always apply abroad for work.”

But Mark persevered. “He was very dedicated to his studies,” the father said.

In 2017, Mark graduated from law school as valedictorian.

The elderly Simondo said Mark was also an honor student during his elementary and high school years, “but he was not in the top, he was in the lower Top 10.”

He is the eldest of two siblings. His younger brother is also a registered nurse. His mother, Editha, was out of the country for a vacation when they learned about the bar exam results.

“This is really an overflowing blessing for our family,” his father said. – Rappler.com