Apr 27, 2018 10:33 PM PHT
Paterno Esmaquel II
Facebook Twitter Copy URL
Copied
'Of course everyone is relieved because we were all looking at the prospects of a nuclear encounter in our backyard,' says Presidential Spokesperson Harry Roque 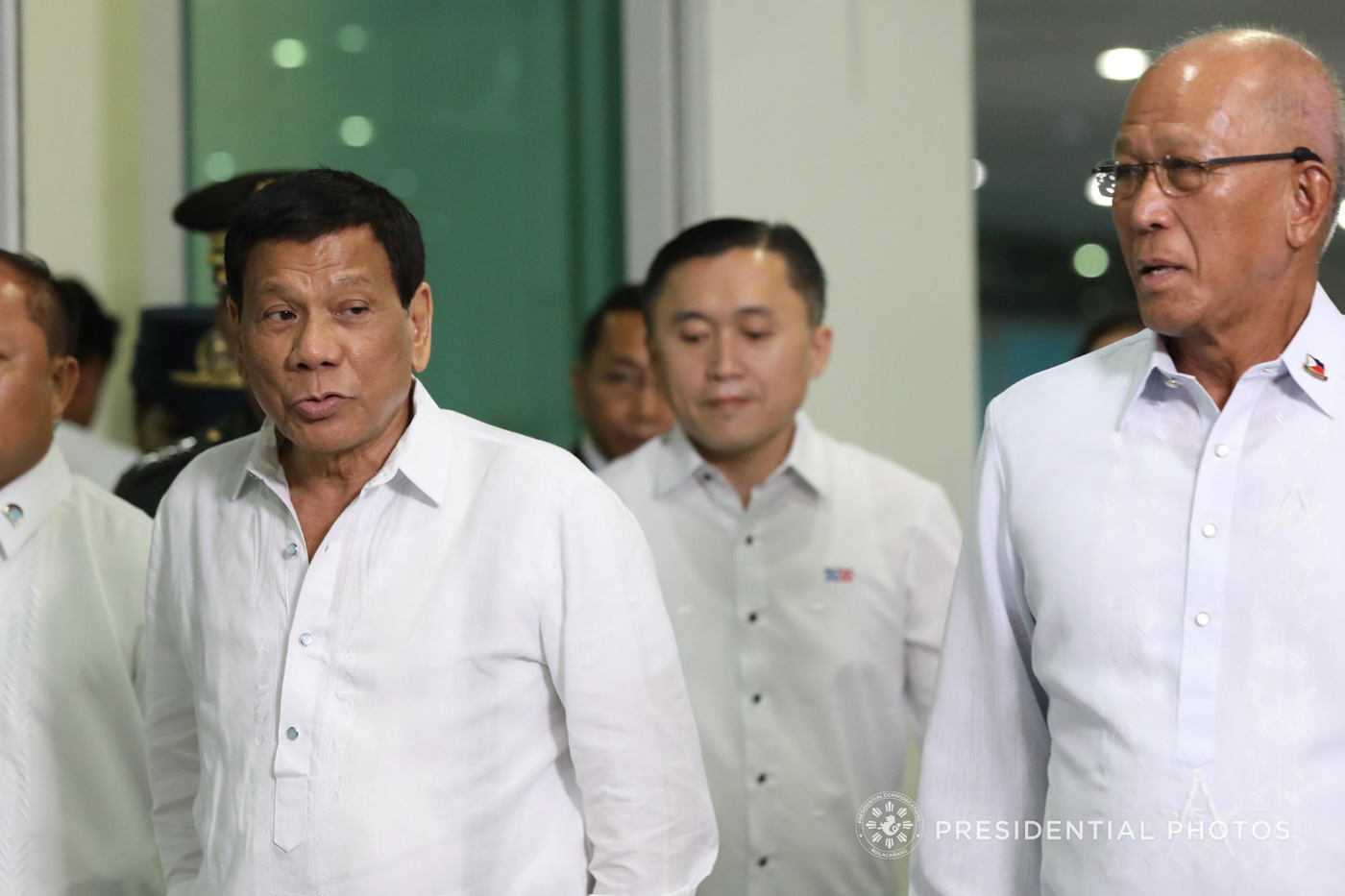 “Of course everyone is relieved because we were all looking at the prospects of a nuclear encounter in our backyard,” Roque said when asked about Duterte’s reaction to this development.

“As you know, whenever they test their missiles, it always lands in Philippine waters,” Roque added in a press conference Friday evening in Singapore, where Duterte is attending the Association of Southeast Asian Nations (ASEAN) Summit.

They also agreed that they would this year seek a permanent end to the Korean War, 65 years after the hostilities ended in an armistice rather than a peace treaty.

Duterte earlier called Kim a “maniac.” The Philippine leader said in August 2017, “He is playing with dangerous toys and this crazy man, do not be fooled by his face, that chubby face that looks nice.”

While publicly calling on the United States and North Korea to “show restraint,” Duterte had also asked US President Donald Trump in private to “keep the pressure” on Kim.

The Philippines has repeatedly urged North Korea to stop its missile tests, as the Southeast Asian country pushes for peace in the Korean Peninsula. – with reports from Agence France-Presse/Rappler.com