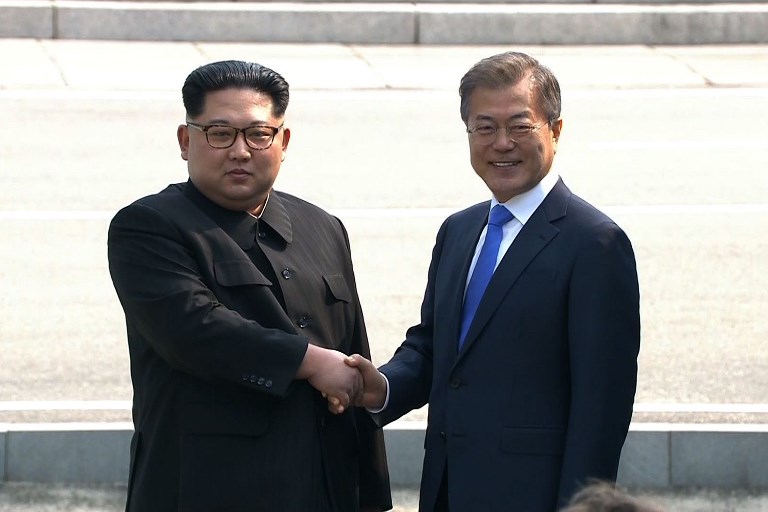 DAVAO CITY, Philippines – North Korean leader Kim Jong-Un’s recent historic act of diplomacy  has earned him the respect of Philippine President Rodrigo Duterte, who earlier described Kim’s country to be a threat in the region.

Duterte made this statement early Sunday morning, April 29, upon his arrival from Singapore, where he attended the 32nd Association of Southeast Asian Nations Summit and Related Summits.

“Alam mo, naging idol ko tuloy siya (You know what, he became my idol),” Duterte said. “For all the time he was pictured to be the bad boy in the community.”

The President hailed Kim for showing North Korea’s commitment to pursue denuclearization, and for its bid to end its decades-long rift with South Korea.

“I think that to me, the man of the hour would be Kim Jong-Un,” he said days after the historic inter-Korean summit held at the truce village of Panmunjeom.

Duterte added that he hopes to meet the North Korean leader someday “to congratulate him.” He said perhaps Kim could also consider him as a friend.

In October 2017, Duterte discussed with United States President Donald Trump his concerns about North Korea, especially its missile tests that could threaten its neighbors.

He had denounced these missile tests and called Kim a “maniac” who could destroy Asia by triggering a war. – Rappler.com