Apr 30, 2018 9:23 AM PHT
Carmela Fonbuena
Facebook Twitter Copy URL
Copied
It's the second Balikatan under President Rodrigo Duterte, who at the start of his term threatened to end the military exercises. Ties between the Philippines and US have since improved. 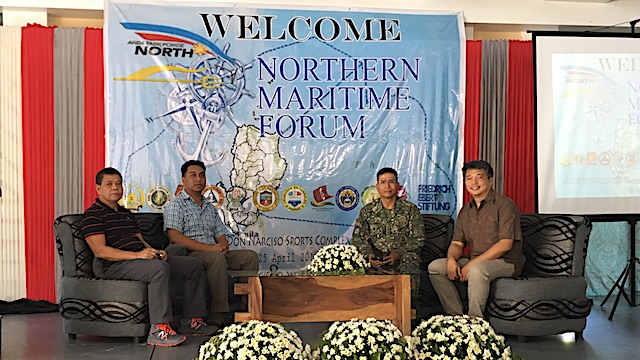 MANILA, Philippines – The commander of the Northern Luzon Command (Nolcom), Lieutenant General Emmanuel Salamat, is the exercise director of this year’s Balikatan military exercises with the US.

He will work with his counterpart from the US Pacific Command.

Nolcom is responsible for flashpoint areas Panatag (Scarborough) Shoal and Philippine (Benham) Rise. Chinese activities in these areas have caused concerns, although Salamat said the Balikatan will not involve maritime domain awareness.

“Our exercises are geared towards inter-operability of forces. We exercise of our skills with our US counterparts. It’s what we do every year,” Salamat said.

Balikatan is a set of annual joint training exercises between the two countries bound by a Mutual Defense Treaty. Other allies have since joined as observers, including Australia and Japan.

It’s the second Balikatan under President Rodrigo Duterte, who at the start of his term threatened to end the military exercises. Ties between the two countries have since been improved. (READ: Duterte’s pivot to China won’t be easy for Americanized PH military)

Duterte is also scheduled to sail to Benham Rise this week to assert the country’s sovereign rights over the undersea territory. Critics have pressed him to abandon his defeatist attitude over the West Philippine Sea (South China Sea), where China continues to take aggressive actions.

Marawi lessons with US forces

The US forces have arrived for the exercises this year. They began community work in various provinces – constructing school buildings in Isabela, Cagayan, and Nueva Ecija – before the scheduled formal opening of the exercises on May 7.

“We have a joint effort with US forces to provide some basic infrastructure to schools. We build schools for the use of our local commnity,” said Salamat.

Salamat said the Philippine military will be sharing lessons learned from the Marawi siege last year, where the US provided assistance.

“We want to maintain our skills to be able to keep our readiness to counter extremism,” Salamat said.

Salamat said the major activities will be held in major camps under Nolcom. Exercises with the Americans are traditionally held in Fort Magsaysay in Nueva Ecija, Crow Valley in Tarlac, and Naval Education and Training Command in Zambales.

The Enhanced Defense Cooperation Agreement (EDCA) had its groundbreaking ceremony this month at the Basa Air Base where the US is building facilities for disaster response. – Rappler.com