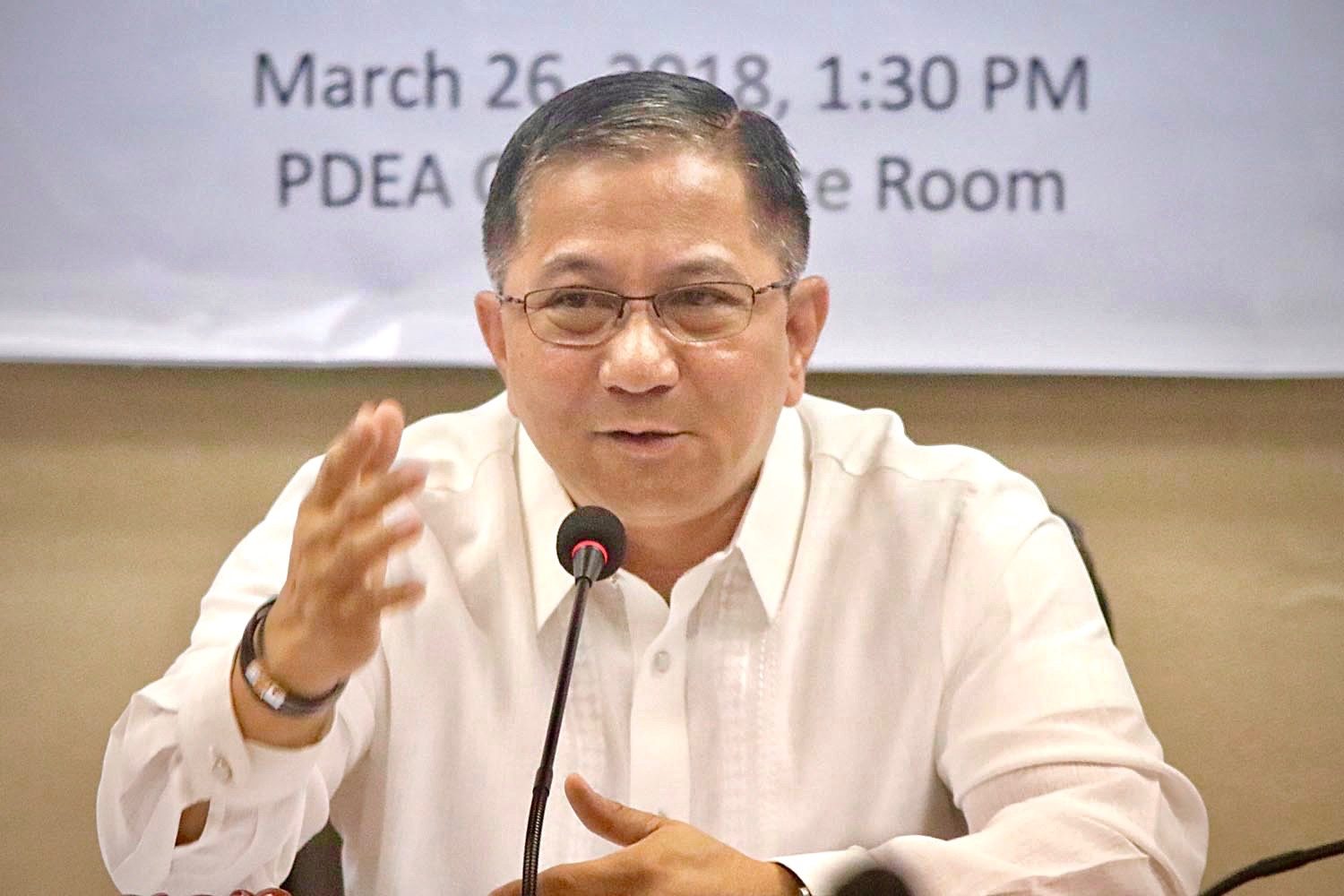 Facebook Twitter Copy URL
Copied
The PDEA admits, however, they don't hold enough evidence to prove their public allegations before the courts – at least not yet

MANILA, Philippines – As promised, the Philippine Drug Enforcement Agency (PDEA) on Monday, April 30, released a list of barangay officials they claim to be linked to illegal drugs.

It was rolled out publicly through a morning press conference at the PDEA headquarters, led by its chief Director General Aaron Aquino and Department of the Interior and Local Government Officer-in-Charge Eduardo Año.

The catalog contains over 200 names collected from all over the country.

While the PDEA is confident about publicly naming the officials, they admitted they don’t have enough evidence to prove all their public allegations before the courts – at least not yet.

Because of this, being part of the list does not immediately mean disqualification from the upcoming polls.

Validated? By “linked”, the PDEA means the named officials are in one way or another involved in illegal drugs based on the intelligence they have gathered.

The officials could be users, sellers, protectors, or those who keep ties with drug personalities. These distinctions were not indicated on the list.

PDEA chief Aquino reiterated on Monday that they “validated” all the names before publicly calling out the officials.

Aquino said in an earlier interview that ideally, each name is checked by at least one of the following agencies: the PDEA, the Philippine National Police, the National Intelligence Coordinating Agency, or the Intelligence Service of the Armed Forces of the Philippines.

It’s just the beginning: The released list on Monday is only part of a longer roll kept by Malacañang, reportedly already carrying over 6,000 names.

The infamous narco-list was assembled and partially released as early as August 2016, when President Rodrigo Duterte himself named dozens of judges, mayors, and police officials whom police and military intelligence linked to the narcotics trade.

The blatant callouts are done all in the name of what the government has so far proudly branded as an “unrelenting war on drugs”.

By the government’s own tally, the campaign has claimed over 4,000 lives of drug suspects and reeled in around two-and-a-half tons of methamphetamine or “shabu” worth P13.46 billion.

For the campaign’s success, who’s going to be named next? – Rappler.com