Apr 30, 2018 10:29 AM PHT
Rambo Talabong
Facebook Twitter Copy URL
Copied
'There's no truth that it will serve as a hit list. It will not,' says PDEA chief Aaron Aquino 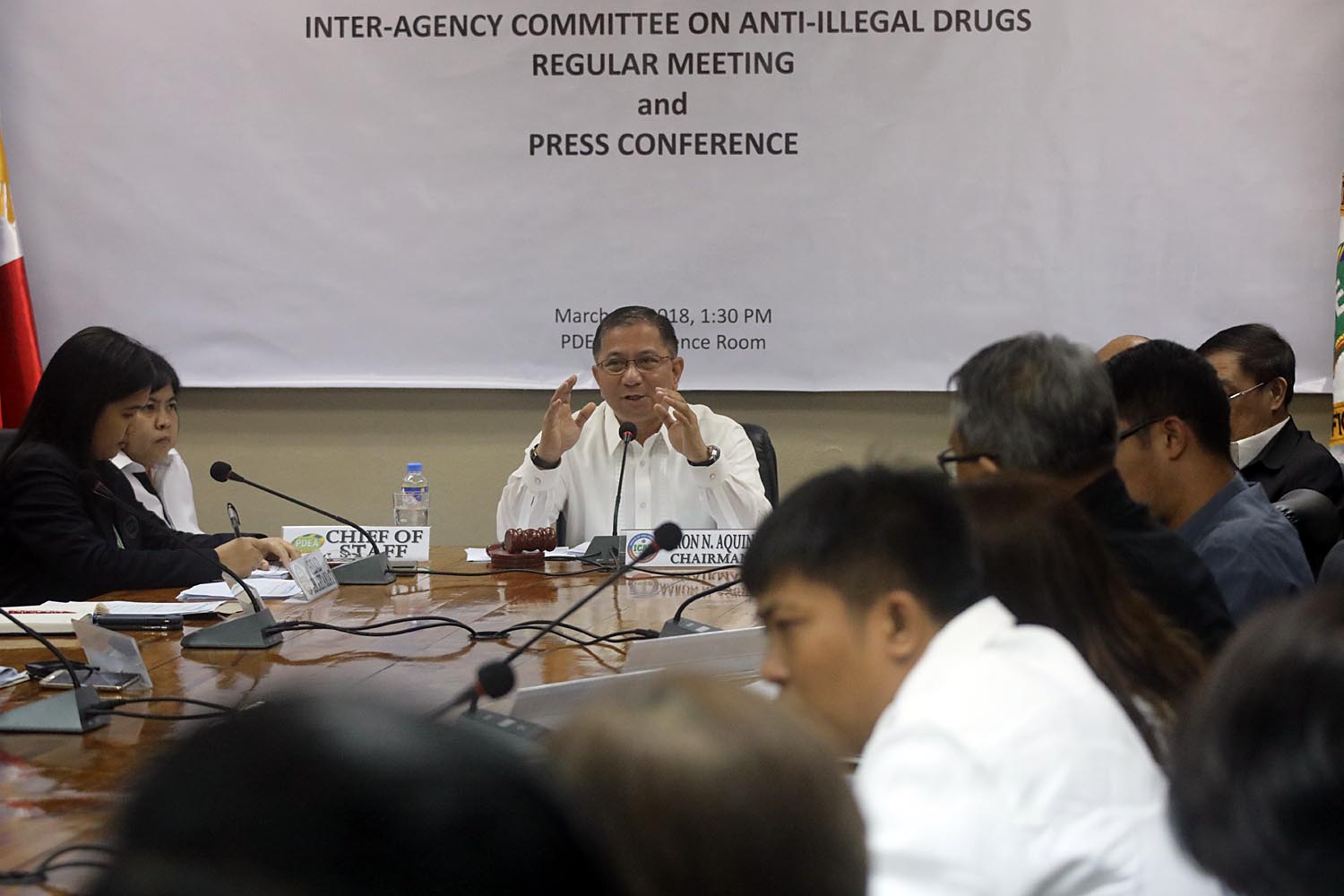 MANILA, Philippines – The Philippine Drug Enforcement Agency (PDEA) and the Department of the Interior and Local Government (DILG) stressed on Monday, April 30, that the barangay drugs list they will release will not serve as a kill list.

“There’s no truth that it will serve as a hit list. It will not,” PDEA chief Director General Aaron Aquino announced Monday morning in a press briefing at the PDEA headquarters.

He was responding to reporters pointing out that there is a chance for the list to be used as a hit list, no different from thousands of drug suspects belonging to watch lists who have been gunned down in and out of police operations.

His sentiment was seconded by DILG Officer-in-Charge Eduardo Año who said that the list was released for residents to help in building up cases against the officials.

The PDEA and the DILG admitted they don’t sufficient evidence yet to send all the officials to jail.

Their sentiments were aired just before they released a list of 207 barangay officials whom they believe are linked to illegal drugs. The release of the list was ordered by President Rodrigo Duterte. – Rappler.com