PDEA: Drug-linked governors, congressmen, mayors to be named next 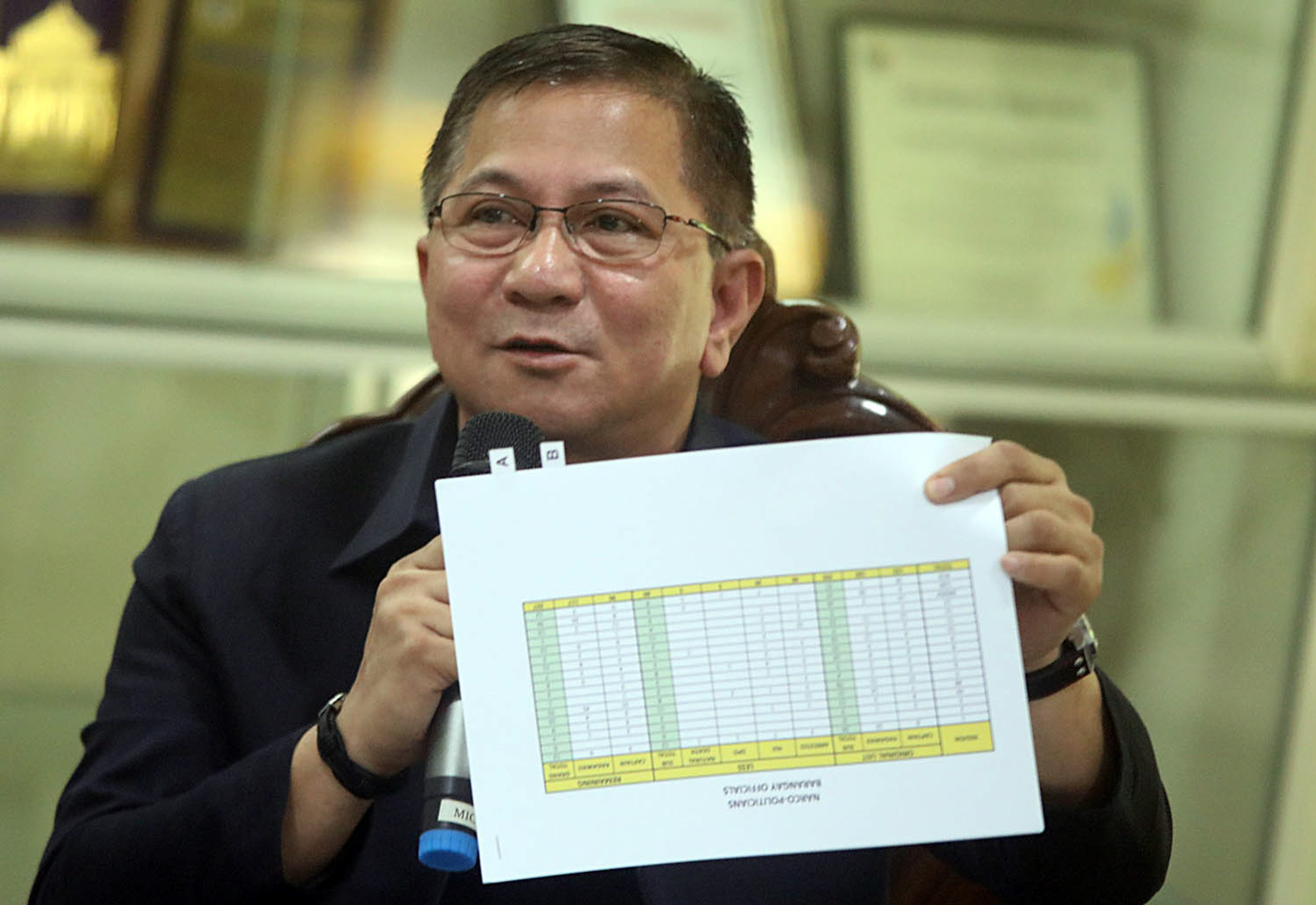 MANILA, Philippines – After publicly accusing over 200 barangay officials of being involved in the illegal drug trade, the Philippine Drug Enforcement Agency (PDEA) is not done yet.

PDEA chief Director General Aaron Aquino announced on Monday, April 30, that they are holding 93 more names of officials they believe to be linked to the narcotics trade, and these have higher positions. (READ: PDEA drugs list: Barangay officials linked to illegal drugs)

“We have 93 from vice mayor up. Vice mayor, mayor, congressman, governor, vice governor. I have 93 on the narco-list, more on the PDEA’s list,” Aquino said in a press conference before releasing the controversial barangay drug list.

Is it validated? “Yes,” said Aquino.

Will it be released soon? “I’ll wait for the order of the President,” he added.

The most recent list was sent out to the media exactly two weeks before the barangay polls, with the PDEA and the Department of the Interior and Local Government (DILG) hoping that residents reject officials branded as “drug-linked.”

In saying drug-linked, however, the PDEA only relied on police and military intelligence. (READ: PDEA admits cases vs officials in drug list ‘not airtight’)

The agency admitted that it doesn’t have enough evidence at hand to file formal complaints and bring officials to the courts, just relying right now on the court of public perception. – Rappler.com