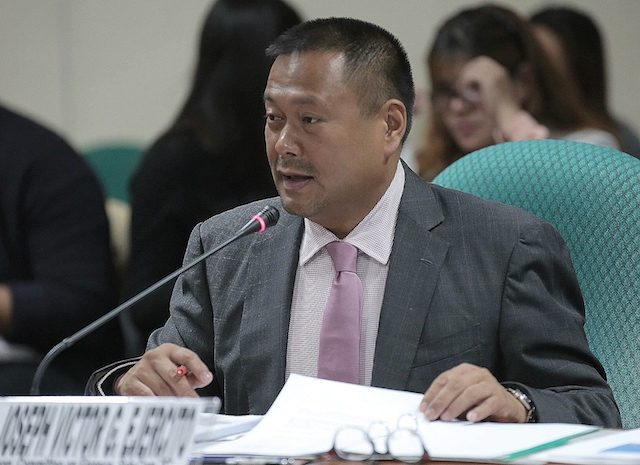 “I urge President Duterte to appoint a permanent PhilHealth president: someone who would be more sensitive to the fact that millions of Filipinos rely on PhilHealth for healthcare,” Ejercito said in a text message.

Ejercito was reacting to a Rappler report showing how PhilHealth interim president Celestina Ma. Jude De la Serna spent at least P627,293.04 of government funds for her accommodations, flights to and from Tagbilaran, and terminal fees since appointed OIC of the agency on April 10, 2017.

It was found that De la Serna, despite being assigned to the PhilHealth central office, does not stay or rent a house in Manila. She instead stays in hotels near the office along Shaw Boulevard in Pasig City.

State auditors at PhilHealth have also asked De la Serna to explain her receipt of allowances and per diem, which would amount to almost a million pesos, including the travel expenses.

The expense comes amid a massive net income loss of PhilHealth amounting to P8.92 billion, according to its 2017 unaudited financial statement posted online. Based on PhilHealth’s own numbers, this is 3,446.5% higher than the restated 2016 net loss of P251.5 million.

“It is the height of callousness for the interim Philhealth president to be spending that much money (P627K in just one year!) traveling from her province to her place of work in Manila. She also allegedly received ‘irregular allowances’ of about P1M,” Ejercito said.

“I call upon Secretary Francisco Duque, as Philhealth Chairman, to ensure that we don’t waste people’s money which should pay for their healthcare of millions of poor Filipinos,” he added.

Presidential spokesman Harry Roque said on Thursday he would forward the information to the Office of the President.

De la Serna is also the concurrent PhilHealth board representative for overseas Filipino workers since President Rodrigo Duterte appointed her on July 1, 2016.

She is the daughter of former Bohol governor and Tagbilaran City mayor Victor de la Serna, Duterte’s professor at the San Beda Law School, also now a member of the Consultative Committee on amending the 1987 Constitution. – Rappler.com