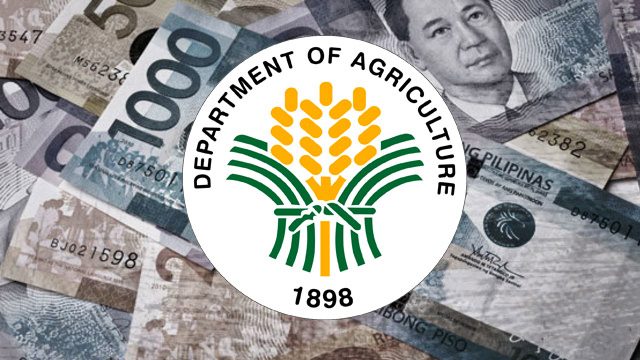 Facebook Twitter Copy URL
Copied
The proposed amount is more than twice the average allocation, and could be the agency's largest budget if approved

Agriculture Secretary Emmanuel Piñol this week said that their optimum utilization of funds just proves they are capable of spending their budget.

He said the DA will prioritize fisheries programs, easy access to rural credit for farmers, and addressing rice concerns. Piñol said he expects a very tight rice supply in the world market in 2019, and farmers need all the help they can get to make it through the year.

“There is only about 39,000,000 metric tons of rice traded in the world market every year. Of that, 38 million is already committed,” he added.

Piñol is proposing some P10 billion ($193.82 million) to be allotted for the rural credit ease of access program for farmers. He clarified that the program does not intend to subsidize farmers as they are “slowly moving from subsidies to easy access financing.”

The agriculture chief also wants to zero in on the struggling fisheries sector.

According to the Philippine Statistics Authority, the total volume of fisheries production in 2017 went down by 1.04% compared to 2016.

Output reductions were seen in commercial (6.89%) and municipal (1.05%) fisheries. Roundscad and tiger prawn indicated the greatest production shortfall by 11.89% and 6.29%, respectively.

Piñol said this is “due to the absence of ice-making and cold storage facilities, including transport facilities.”

To remedy the matter, the DA will invest in such facilities and improve patrolling capabilities to ensure that no-fishing seasons will be enforced accordingly.

Piñol said that his agency will be procuring a food boat – which is a refrigerated vessel “capable of carrying goods as far as Tawi-Tawi to Cebu” – worth P270 million ($5.23 million).

Meanwhile, P400 million ($7.75 million) will be allotted for buying helicopters to patrol and prevent illegal fishing.

Even though the DA was able to spend most of its funds in 2017 and is on track to emulate the same for 2018, the agency will have to consider that the Department of Budget and Management (DBM) will be implementing a new appropriation scheme for 2019.

The DBM will be shifting from obligation-based to cash-based appropriations for 2019. Under the scheme, agencies should only propose projects that can be fully implemented within 2019. Payments of these obligations should be settled within the fiscal year (FY) of the budget.

In an obligation-based budget, inspection, verification, and payments can be done even after the FY. However, in a cash-based budget, payments can only be done within a 15-month period. Contracts awarded at the end of the FY can be paid during the 3-month extended payment period.

Even though agencies can enter into multi-year projects, they have to secure a multi-year obligational authority before entering into such arrangements.