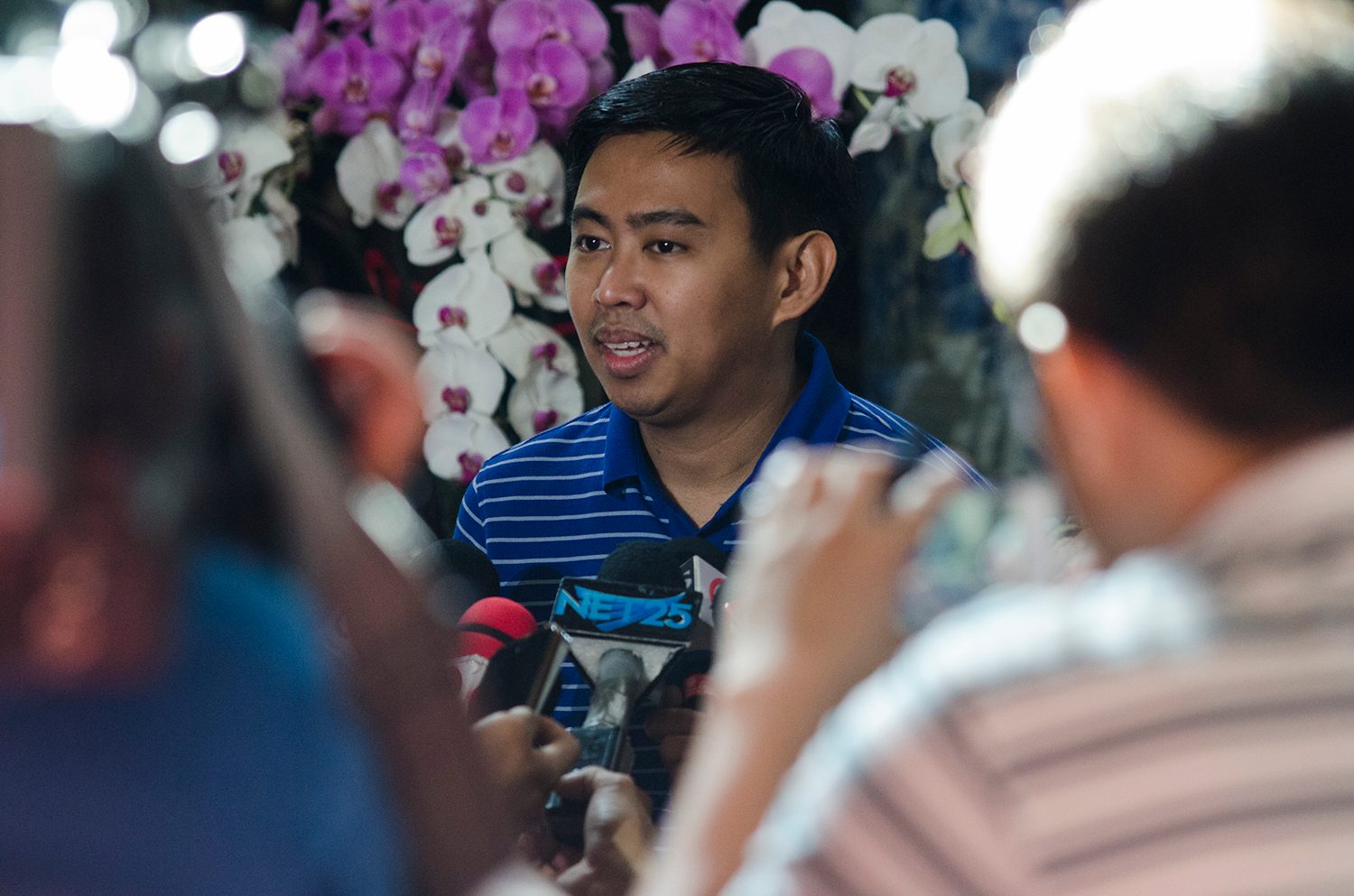 MANILA, Philippines – The Court of Appeals (CA) overturned the dismissal from service of former Makati City Mayor Jejomar Erwin “Junjun” Binay Jr in September 2015, saying that the condonation doctrine still applied to the former mayor at the time.

“Given the factual circumstances herein and the prevailing jurisprudence, this Court holds that the undisputed and subsequent re-election of Binay, Jr. in the year 2013 is a condonation of his administrative liabilities,” the CA’s 10th Division said in a ruling dated May 3, 2018, and penned by Associate Justice Edwin Sorongon.

What happened before. On September 7, 2015, Ombudsman Conchita Carpio Morales found Binay and other Makati officials guilty of the administrative charges of  serious dishonesty and grave misconduct over irregularities in the construction of the Makati City Hall Parking Building.

Guilt in administrative charges always come with the penalty of suspension or dismissal. In that case, Morales dismissed Binay.

Binay argued that he was covered by the condonation doctrine. The condonation doctrine says a reelected official should no longer be made accountable for an administrative offense committed during his previous term. Irregularities were found during Binay’s 2010 to 2013 term as mayor. In 2013, he was re-elected and considered forgiven under the doctrine.

On November 10, 2015, the Supreme Court (SC) struck down the condonation doctrine.

In its decision, the CA said that the SC’s abolishment of the doctrine was prospective, meaning it could only be applied to cases after the ruling, or after November 10, 2015.

“Verily, based on the foregoing circumstances and in line with the pronouncements of the Supreme Court in Carpio-Morales, the abandonment of the condonation doctrine should not be given any retroactive effect as to prejudice Binay, Jr. for the acts he allegedly committed when said doctrine was still in effect and duly recognized,” the CA said.

The CA added: “Considering that the present case was instituted prior to the ruling of the Supreme Court in Carpio-Morales, the condonation docrine may still be applied.”

Arguments. Morales argued before the CA that the condonation doctrine cannot be applied because some documents were signed by Binay after his re-election in May 2013.

Morales said that there were vouchers related to the questioned project which Binay signed on July 3, 2013, or after his re-election. The CA said the date of the contracts are what matters, which was before the re-election, since the vouchers were for services contained in the contracts. (READ: Binay’s Makati building overshoots approved budget)

“Indubitably, this Court cannot sustain the Ombudsman with respect to Binay, Jr. without utterly disregarding the foregoing pronouncements of the Supreme Court,” the CA said.

What happens now? The CA ordered the reinstatements of the Makati officials to their former positions, and payment of their salaries and benefits which were forfeited when they were dismissed.

But this would not have an effect on the criminal cases that are already filed and pending against the Binays before the anti-graft court Sandiganbayan.

The officials whose administrative complaints were dropped along with Binay are:

On the other hand, the CA sustained the dismissal orders against:

The Binays have always accused Morales of selective justice, and continue to challenge her decisions, some of which have prospered into full-fledged criminal graft cases. – Rappler.com