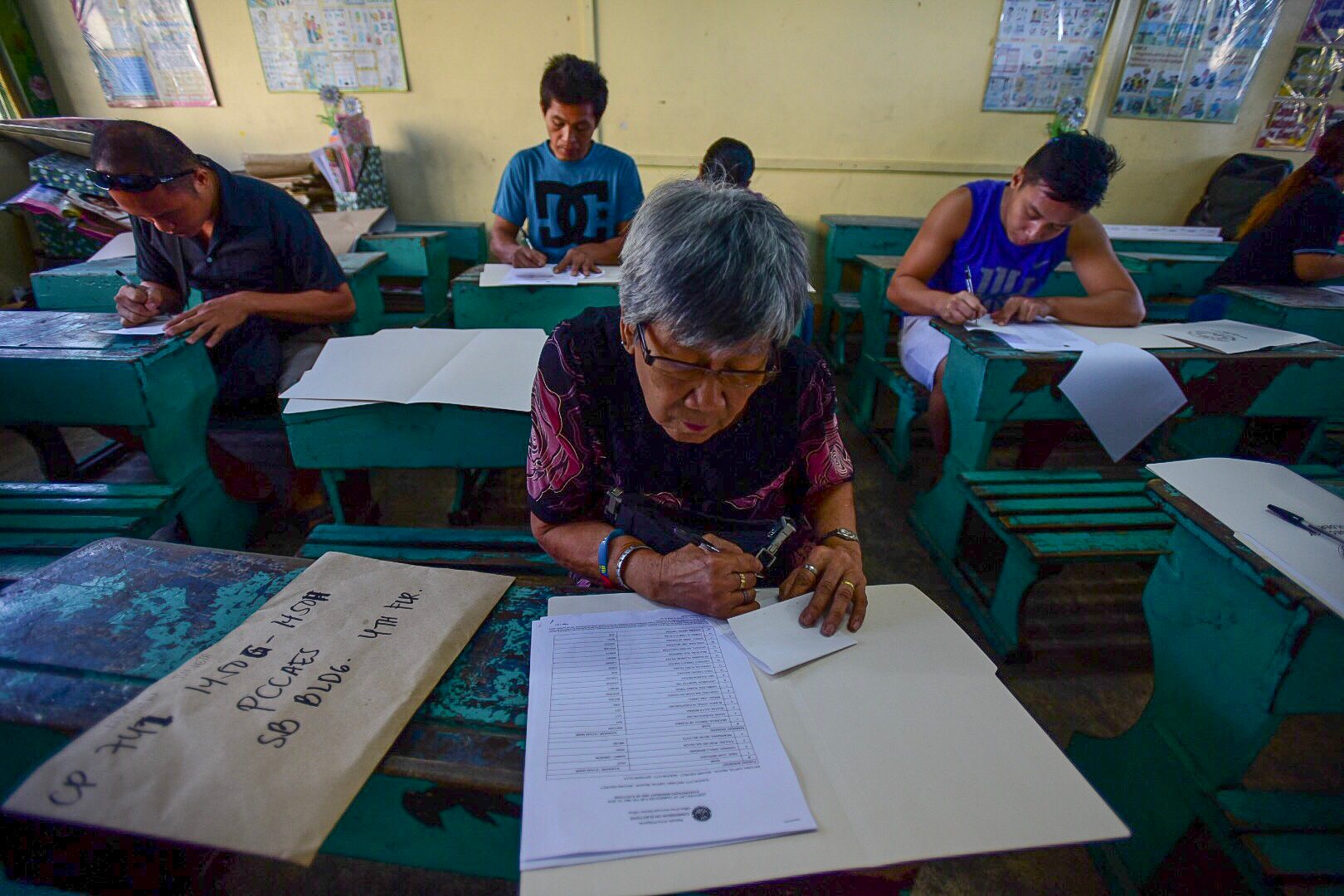 MANILA, Philippines (UPDATED) – Many voters got lost while others couldn’t find their names on voters’ lists on Monday, May 14, as the usual problems marred the barangay and Sangguniang Kabataan (SK) elections.

Despite these problems, voters persisted in casting their ballots. It was, after all, the first barangay and SK elections after several postponements before. (READ: Filipinos cast votes in barangay, SK elections 2018)

(I need to vote. It’s the barangay captain that we end up approaching for help, because he’s just a tricycle ride away. The President lives in Malacañang.)

Delos Reyes is a voter in Bagong Silang, Caloocan, the biggest barangay in the Philippines.

At Bagong Silang Elementary School, Delos Reyes had to transfer buildings twice so that he can find his polling precinct.

Other voters, however, were not as lucky.

In the same barangay, several voters opted to leave the voting areas since they couldn’t find their polling precincts.

Even though maps were placed outside the buildings indicating precinct numbers, voters still failed to locate their rooms. Even personnel assisting the voters had a hard time locating the precincts.

Some senior citizens and persons with disabilities (PWDs) had no choice but to go all the way up to the 3d floor.

(People can ask for help, but for me, if they can go up on their own, they just have to sacrifice. We don’t have too many volunteers.)

In the case of poll volunteers like Isabelita Medrano, they were tasked to help voters find their designated precincts. But even they did not have all the answers.

Medrano said dozens of people were not able to vote and opted to go home after their names were not on the list of voters at the precinct level. However, what puzzled Medrano was that some of the voters’ names appeared on the Commission on Elections (Comelec) database.

The Parish Pastoral Council for Responsible Voting (PPCRV) had a help desk with a computer that can access Comelec data and point voters to where their precincts are. However, they too did not know how to resolve the issue.

‘It’s our right to vote’

Solmerie Polo, 64, was surprised to know she was not on the list, as she has consistently voted in the same polling area since May 2010.

(That’s the way it is. I want to vote because it’s important to vote. That’s our right, and who else will we approach but them, right?)

While there were express lanes available, some of these were placed on the top floors of buildings, making it difficult for the elderly and the disabled to vote.

Voters experienced similar problems in other parts of the country, such as in Barangay Batasan Hills. (READ: Senior citizens left to vote alone in barangay elections 2018)

Voting runs from 7 am to 3 pm on Monday. – Rappler.com