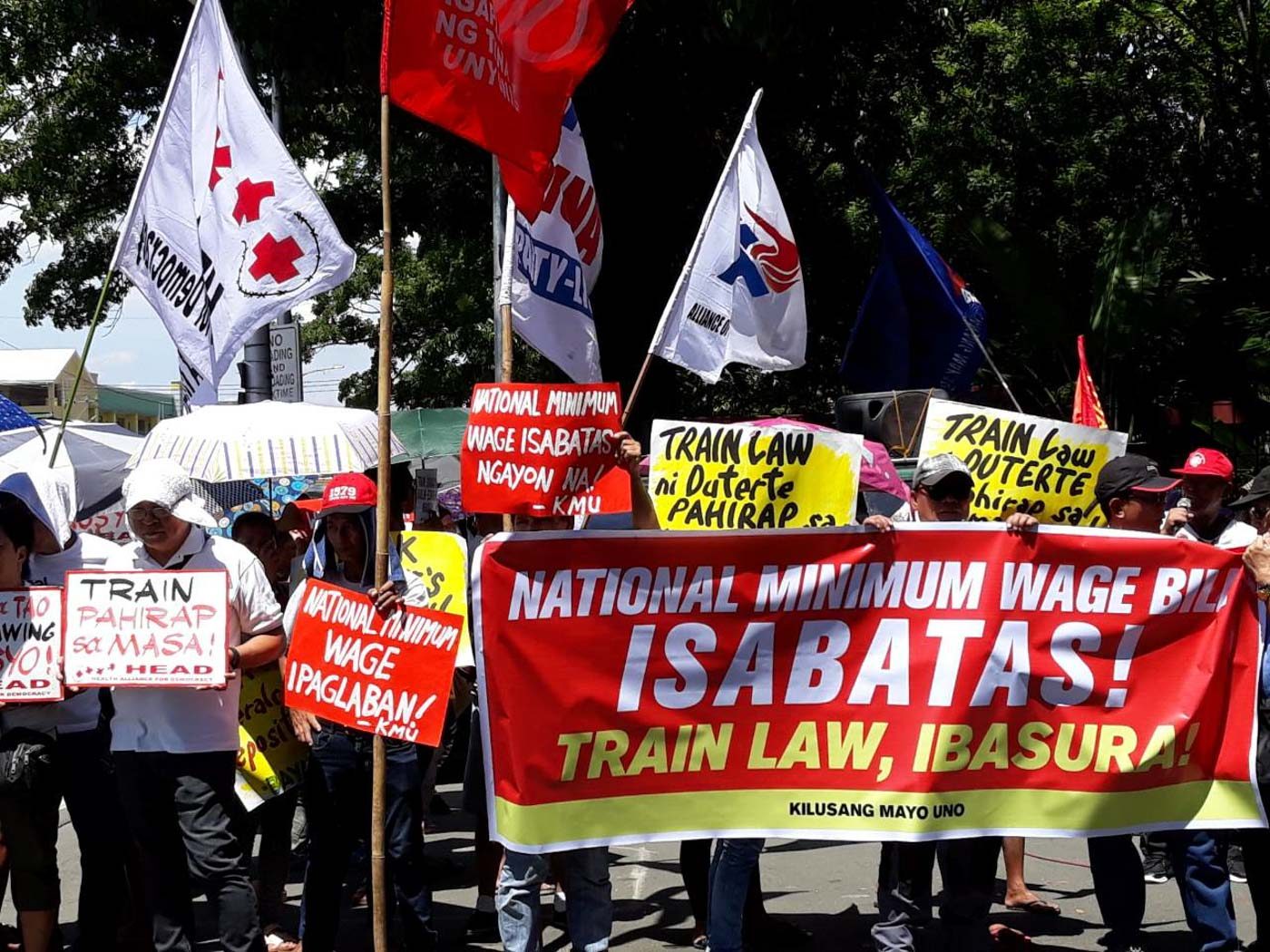 The following lawmakers filed House Bill (HB) No. 7787 or the national minimum wage bill on Monday, May 28:

Currently, Republic Act No. 6727 or the Wage Rationalization Act mandates that every region in the Philippines have a unique minimum wage set by the Regional Tripartite Wages and Productivity Boards (RTWPBs) based on the poverty threshold, employment rate, and cost of living specific to the region.

If passed into law, however, HB 7787 would abolish the RTWPBs and set the daily national minimum wage at P750.

In a statement, Elago called on President Rodrigo Duterte to certify HB 7787 as urgent.

(It is high time for us to abolish wage rationalization. It’s a big joke to say that all goods are cheaper when you live in the province, when in fact, prices of basic goods and services do not change, or are sometimes even higher, in regions outside of Metro Manila.)

“It is beyond our jurisdiction. It is not [DOLE] but Congress. Pero dapat pag-aralan ‘yan (It should be reviewed),” said Bello.

After filing the bill, the Makabayan lawmakers joined Filipino laborers gathered outside the House to call for the swift passage of HB 7787 and to also protest the Tax Reform for Acceleration and Inclusion (TRAIN) law.

The Makabayan bloc had previously filed a petition urging the Supreme Court to strike down the TRAIN law.