Diokno on high fuel prices: ‘We should be less of a crybaby’ 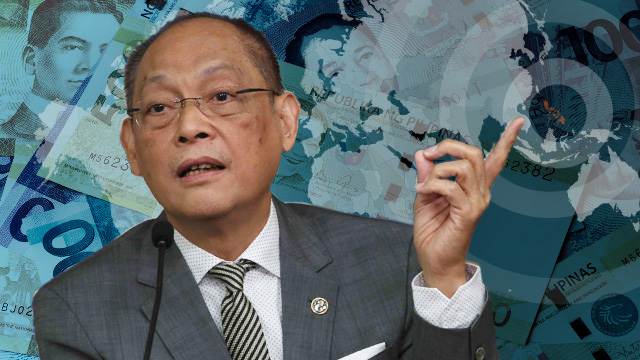 MANILA, Philippines (UPDATED) – Amid mounting complaints over the high prices of fuel and basic commodities, Department of Budget and Management (DBM) Secretary insisted that Filipinos should not complain too much.

“Remember, we had $135 per barrel under GMA (Gloria Macapagal Arroyo), so I think we should be less of a crybaby,” Diokno said on Wednesday, May 30, in a breakfast forum hosted by the DBM.

The first package of the Tax Reform for Acceleration and Inclusion or Train raised the levy on gasoline to P7 per liter from P4.35, and imposed an excise tax P2.50 per liter on diesel.

Critics said the higher taxes on fuel, rising global oil prices, and the weakening of the peso caused the increase on fuel prices and basic goods in the country.

Diokno said the government should not back down on implementing tax reform.

“We cannot do that, suspending the rules in the middle of the game. We expect P8-9 trillion for infrastructure,” he said.

He said the government “anticipated” the inflationary effects of the Train Law, and that the government imposed the sugar tax to support the unconditional cash transfers for the poor.

The budget chief said the poorest Filipinos who “do not pay taxes” actually benefit more from the tax reform: “Look at the poorest 10%. You think they pay taxes? And how much do they get from the government? Free education, free healthcare, CCT (Conditional Cash Transfers), etc.”

He added: “A big part of the population do not pay taxes. Hindi naman kayo nag-benefit sa tax cut (you did not benefit from the tax cut) because you are not paying taxes in the first place,” Diokno said.

When asked about the impact on other goods, such as school supplies, Diokno said that Filipinos should stop complaining “about the small things.” He directed the concern to the Department of Education.

Diokno also opposed raising the minimum wage because it would “exacerbate unemployment.” – Rappler.com