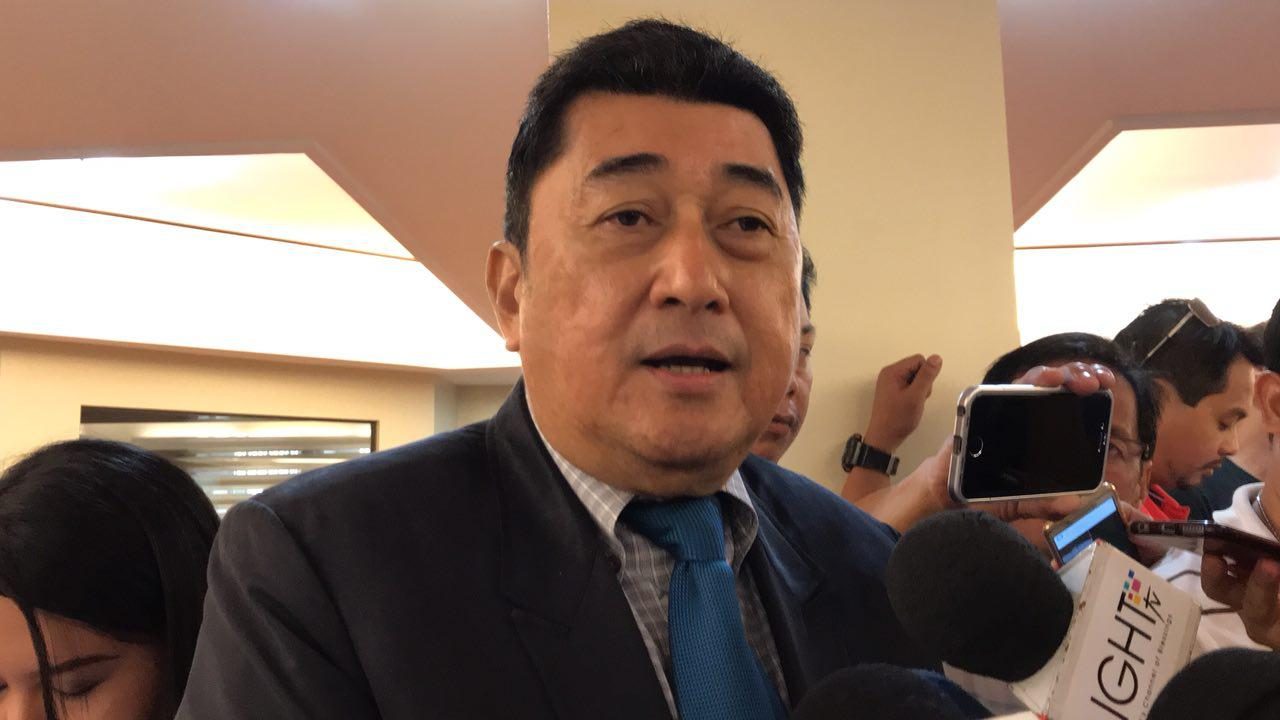 Paras accused Trillanes of threatening to “kill” him, during a confrontation inside the Senate session hall on May 29.

The labor official said Trillanes should have been “courteous” and should not have accused him of being a “mercenary serving his master, President Rodrigo Duterte.”

(I filed a case so the law can protect me, because he is an influential person. He has connections with the military. We don’t know if something may happen to me.)

“If something happens to me, he’s answerable to it,” Paras added.

Trillanes had earlier confirmed saying the remark about Duterte, but not the threat. He  said he was miffed when Paras went to him for a handshake.

(Paras has the zero credibility of a cellphone thief. Nevertheless, I will face it [the complaint]. But we can see here that Duterte’s minions will do anything to distract and harrass the opposition.)

Trillanes was referring to the theft complaint filed against Paras by Akbayan Representative Tom Villarin. Using CCTV footage, Villarin accused Paras of stealing his iPhone X inside the House of Representatives in March.

The senator has formally requested Senate President Vicente Sotto III for a copy of the CCTV footage to use against Paras’ complaint.

Paras refuted Trillanes’ claim that the labor official tried to shake his hand.

“Napakasinungaling ni Mr Trillanes (Mr Trillanes is such a liar)….[My hands] never moved. There was no moment that I even attempt to go near him and extend my hand in an attempt to shake his hand,” Paras said.

DOLE Usec Jing Paras filed a criminal case on grave threats against Senator Antonio Trillanes IV this morning. Paras, in a media interview, called Trillanes a “liar” and that the senator should undergo an anger management therapy @rapplerdotcom pic.twitter.com/fVwm8M2gci

(This is a huge lie. It’s his alibi, an afterthought to save him from his anger. I request Mr Trillanes to undergo anger management. He had fought with many others in the Senate.)

He said the confrontation might be an “offshoot” of the sedition case that he and other lawyers allied with the Volunteers Against Crime and Corruption (VACC) filed against the senator.

Prior to being appointed to the Department of Labor and Employment (DOLE), Paras was a former lawmaker. He is also a lawyer and a member of the Duterte-allied VACC, which is known for filing cases against Duterte critics. (READ: From ‘Gang of Five’ member to VACC lawyer: Who is Jacinto ‘Jing’ Paras?) – with reports from Lian Buan and Camille Elemia/Rappler.com