PH still among world’s ‘worst’ countries to work in – report 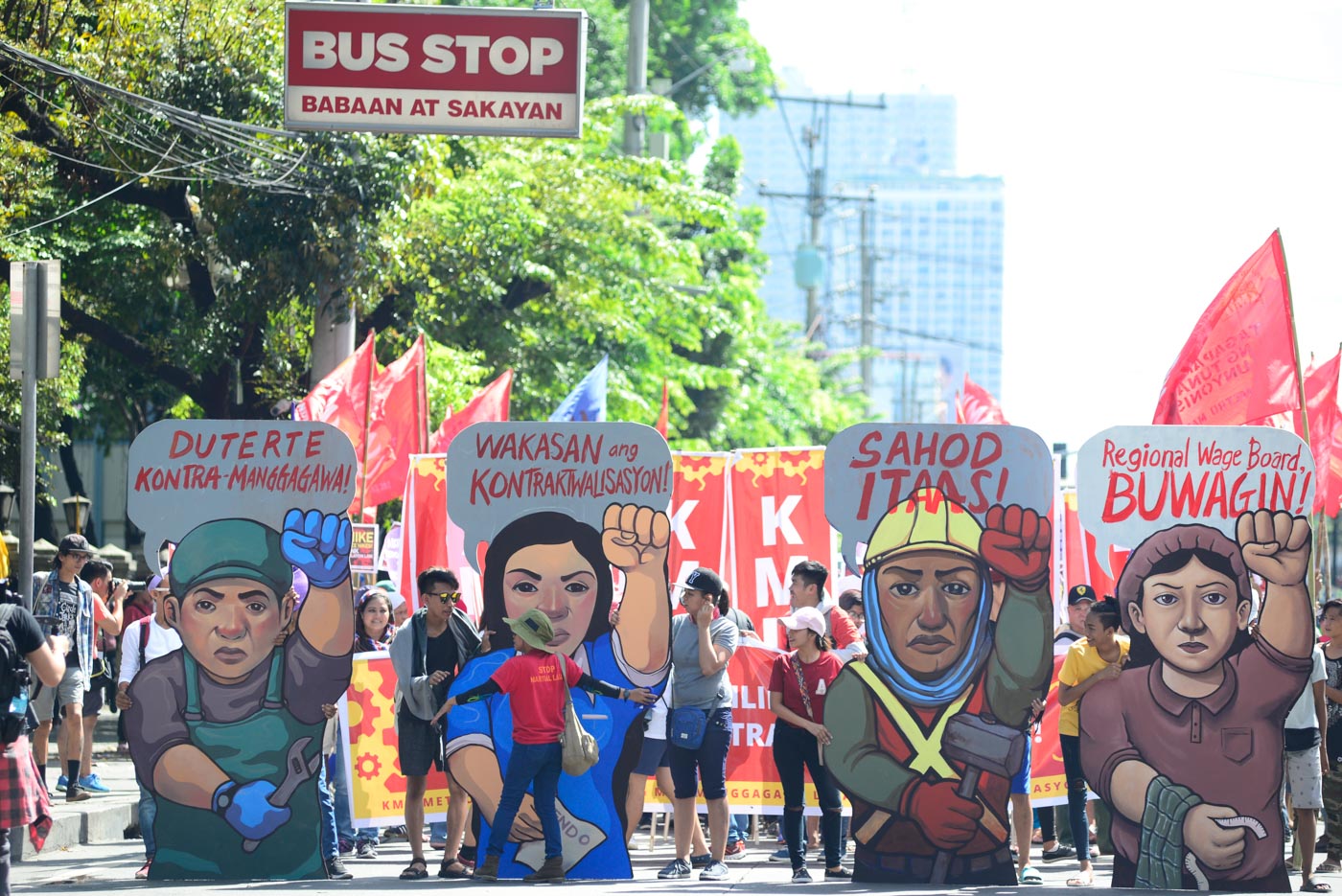 MANILA, Philippines (UPDATED) – The Philippines was ranked as among the world’s worst countries to work in, according to the Global Workers’ Rights Index 2018.

The report of the International Trade Union Confederation (ITUC) ranked 142 countries on the degree of respect for workers’ rights from 1 to 5, with 1 as the highest rating.

The Philippines got the lowest rating of 5, as there are “no guarantee of rights” for workers in the country even if there are labor laws supposed to protect workers, the report said.

“While the legislation may spell out certain rights, workers have effectively no access to these rights and are therefore exposed to autocratic regimes and unfair labor practices,” said ITUC, a confederation of national trade union centers organized in  2006.

The Philippines received the same rating in the 2017 report, where it was also ranked among the worst in terms of respect for workers’ rights. (IN NUMBERS: What you need to know about the Philippine labor sector)

Sharan Burrow, ITUC general secretary, said that workers in the Philippines still struggle to assert their basic rights and are faced with “violent opposition of employers” if they do.

“Despite the collective efforts to achieve better wages and working conditions, there was a rise in repression, intimidation, and discrimination faced by working people,” Burrow said.

ITUC also noted the violence that erupted during a strike involving union leaders of Japanese fruit exporter Sumitomo Fruit Company. The union leaders were reportedly beaten up and interrogated by the police.

Rappler have reached labor officials for comment on the reportbut they have yet to respond as of posting.

Among the world’s regions, the Middle East and North Africa were ranked as the worst in upholding workers’ rights, with a rating of 4.55. It was followed by Asia Pacific with a rating of 3.95.

“The Middle East and North Africa (MENA) remains the world’s worst region when it comes to fundamental rights at work. Millions of migrant workers in Saudi Arabia are trapped in modern slavery under the kafala system,” Burrow said. (READ: How the kafala system enslaves workers in Qatar)

Strikes have been restricted or banned in 123 of the 142 countries, an increase from the previous year’s figure of 116 out of 139 countries.

“Workers and their unions are the defenders of rights and freedoms, organizing to build the power of working people, to stop the violations and end corporate greed. It’s time to change the rules,” Burrow said.

The Global Rights Index ranked countries from a list of 97 indicative derived from the International Labor Organization conventions and jurisprudence.

The ITUC affiliates in the Philippines are the Federation of Free Workers (FFW), Kilusang Mayo Uno (KMU), Sentro ng mga Nagkakaisa at Progresibong Manggagawa (SENTRO) and the Trade Union Congress of the Philippines (TUCP).

SENTRO said the biggest challenge of workers in the Philippines is the destruction of bargaining capacities of union.

Sentro Secretary-General Josua Mata said that this is done through “violent reprisals” and the “weakening of the labor movement by not regularizing workers.”

Mata added that as unionists are killed and employees remain in contractual positions, “violent repression of workers’ rights will continue with impunity.”

“This will ensure that the Philippines will maintain next year its notorious distinction as one of the top ten worst countries for workers to work in,” Mata said.

The EO ending endo was not the version labor groups had approved with the Department of Labor and Employment (DOLE) which was then submitted to Malacañang on April 13 for signing. – Rappler.com