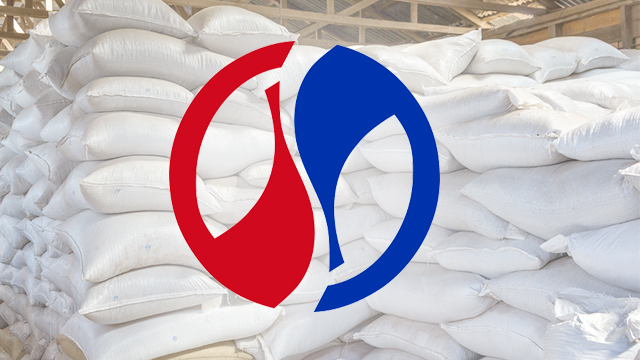 MANILA, Philippines – While rice imports from Thailand and Vietnam have arrived in the country, bad weather has kept the National Food Authority (NFA) from distributing its fresh stocks to the local market.

“As soon as the weather becomes a little better, the stocks will be immediately brought to NFA warehouses and immediate dispersal will follow,” NFA administrator Jason Aquino said.

NFA spokesperson Rex Estoperez said in a GMA News interview that rice imports have been stuck in the ports for 9 days.

In a Facebook post, Agriculture Secretary Emmanuel Piñol said Aquino had informed him that 235,000 metric tons (MT) of rice are already in Philippine waters.

The agriculture chief said some 10,000 MT have been unloaded in Subic Freeport in Zambales, while 5,000 MT were dispatched in Surigao.

“Government-subsidized rice imported by the National Food Authority which will be sold at P27 to P32 per kilo will be available in the market within the next few days,” Piñol said.

NFA rice will be sold at a much cheaper price than commercial rice, which is typically priced at P38 to P40. (READ: NFA rice shortage: Whose fault is it?)

Meanwhile, Aquino responded to Budget Secretary Benjamin Diokno’s allegation that the price surge in rice was due to the agency’s “incompetence.”

“The depletion of NFA rice supply was not a result of NFA’s inefficiency or the incompetence of its officials. It was the consequence of a difference in views and appreciation of how the NFA mandate is supposed to be done,” Aquino said.

The NFA chief said instead of pointing blame, all those in government should just “help each other find the right and immediate solutions” to the problems.

Despite the replenishment of supply, the level of imports are still nowhere near the marching order of President Rodrigo Duterte to build up the rice buffer stock to last 60 days, equivalent to 1.9 million metric tons. – Rappler.com