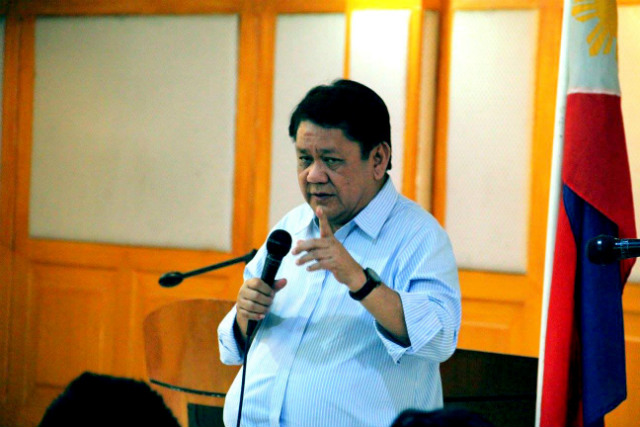 MANILA, Philippines – Senior Police Officer 1 Adonis Dumpit, the cop convicted of homicide whom Cebu City Mayor Tommy Osmeña bailed out before turning him into his security aide, has been shot dead in an anti-illegal drugs operation in Tagbilaran City, Bohol, on Wednesday, June 27.

Dumpit, however, is not included in their local watch list, Geñorga told Rappler. Without expounding, Geñorga said the NBI acted on “derogatory information.”

In 2014, Dumpit was convicted of homicide over the killing of a robbery suspect in 2004. He spent 6 years in jail before being hired as a close-in security aide of Osmeña. He had been accused of executing several killings during previous terms of Osmeña.

Before he was gunned down, Dumpit was assigned with the base police of the Bohol Police Provincial Office in Tagbilaran City.

In a Facebook post on Wednesday afternoon, Osmeña said: “There are conflicting stories. The police said that it was a buy-bust and Adonis shot first. The NBI said it was not a buy-bust. Until the facts become clearer, I will withhold from making any statement other than I am sad to hear about what happened. Adonis was assigned to Bohol to quietly live out the rest of his duty; he was due to retire in a year.” – Rappler.com