6 dead, 52 admitted in a week due to leptospirosis 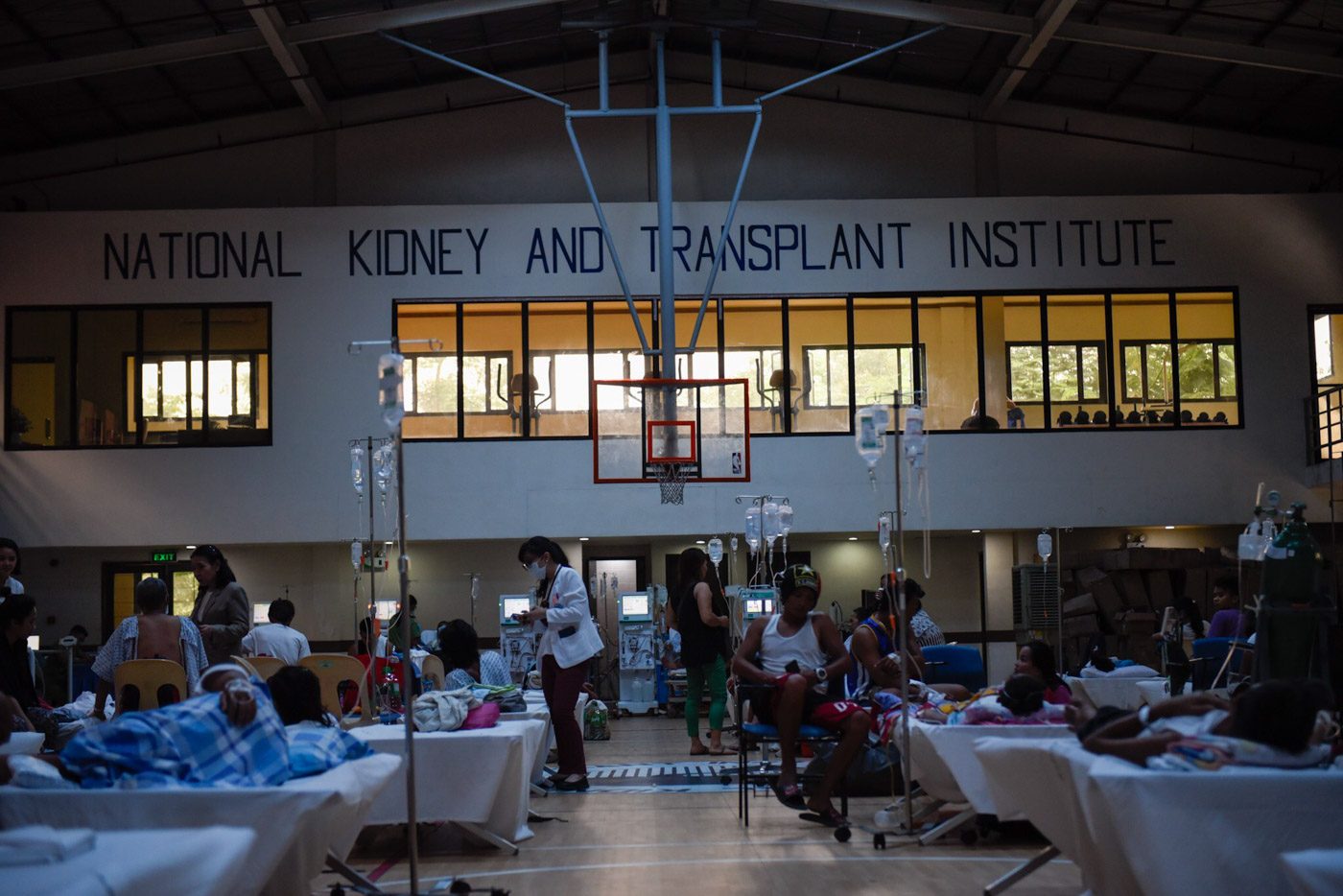 MANILA, Philippines – Six patients with leptospirosis, including a minor, have died this week at the National Kidney and Transplant Institute (NKTI) in Quezon City said the chairman of its Adult Nephrology Department Wednesday, June 27.

Dr Luis Limchiu said that since June 22, the hospital has admitted at least 52 patients with leptospirosis, with the number consistently rising. There were two patients on the first day, 10 patients on June 23, 33 on Wednesday morning, and 46 as of this posting.

To accommodate the big number of patients, the hospital has opened its covered basketball gym specifically for patients with leptospirosis. Limchiu, however, said it has always been the standard procedure for NKTI to convert the gym into an leptospirosis ward.

Compared to last year, there is a spike in the number of those infected with leptospirosis. The whole of 2017 had approximately 40 patients admitted with the disease. This week alone, there were 52.

Still, Limchiu said he did not want to cause panic, as the hospital has long anticipated the upswing in the infections of this illness.

“Sad to say, we are expecting this already after the consistent rains and flooding the past few weeks.”

Limchiu said that they are still expecting more patients to come in the next few days as the effects of the disease usually appear 7 to10 days after contacting the infection.

“Some cases of leptospirosis progress very rapidly – within two to 3 days – while some within a week,” Limchiu said.

The 6 patients who died from the disease were those whose bodies reacted rapidly to the infection. Some of them, he said, were rushed to the hospital already coughing up blood.

Their specific cause of death was “pulmonary complications or the weakening and/or bleeding of the lungs,” said Limchiu.

Not all patients with leptospirosis suffer pulmonary problems.

Limchiu said NKTI accepts mostly severe cases of leptospirosis – majority of which are referrals from smaller hospitals that could not accommodate those that need dialysis. Among them was 57-year old patient Mario Cañete who had to go to 3 different hospitals before getting admitted to NKTI.

Cañete, a taho vendor from Mandaluyong City, said he got the infection from wading through the flood in Block 40, Mandaluyong, where most of his customers are.

(Because of the rains, I am forced to wade into the flood. I don’t mind the rain because I have to earn a living.)

Then his toes started getting itchy, and his stomach started aching on Monday morning.

Cañete immediately went to the nearby Mandaluyong City Medical Center, where he was given antibiotics. By night, a doctor advised him to transfer to the Philippine General Hospital (PGH) in Manila.  With referral letter in hand, off he went to PGH.

Cañete took a cab to PGH even if it meant spending P300 for the ride. To his dismay, the hospital’s emergency unit was under renovation and did not accept patients.

He was then advised to go to San Lazaro Hospital in Sta Cruz, Manila, where PGH doctors said he would surely be admitted. Then the next disappointment happened. San Lazaro Hospital personnel said dialysis would cost P10,000 – 5 times more than what he expected.

His next option was the NKTI, where Cañete was immediately given attention.

“Ang dami ko nang ginastos kaagad, wala pa nangyari sa akin (I had already spent so much, but still nothing was happening to me),” Cañete said.

Although he was about to be discharged soon, Cañete said he would have to rest for a while in his mother’s house in Bataan to recover from the disease. “Hindi muna ako magta-taho, baka ikamatay ko pa ‘yan I will have put my taho business on hold, it may cost my life).”

Limchiu said most patients with leptospirosis were working-age males, often the breadwinners of the family.

Another patient, 45-year-old Rufino Angulo Tondo, Manila, was a loader for a construction company who often wades in murky water in construction sites, with only flip-flops as footwear.

Like Cañete, Angulo said he would have to take a break from work to recover from the draining week he had just survived.

“Magpapalakas na muna ulit, tapos trabaho na (I have to regain my strength then it’s back to work),” he said.

Limchiu reminded the public to avoid wading through floods as much as possible, or, at least, put on protective footwear to avoid getting infected.

If and when it is unavoidable, and one has waded in floodwater, Limchiu said it is best to go to the nearest health center as soon as possible and ask for an antibiotic to prevent leptospirosis. – Rappler.com