Police step up security in Boracay 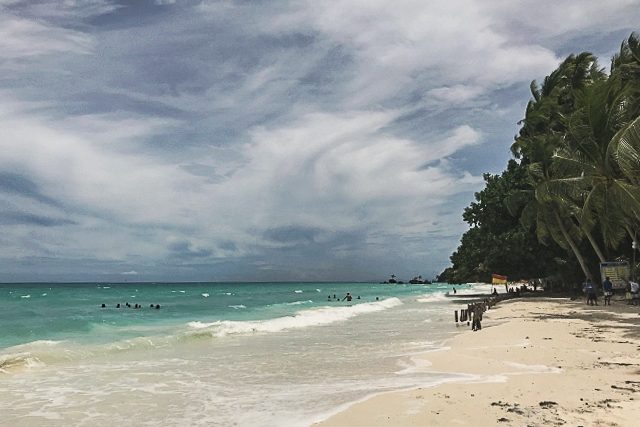 AKLAN, Philippines – The Philippine National Police has intensified its monitoring and security at the height of the clean-up and rehabilitation of Boracay Island.

The 118-strong policemen of the Boracay police sub-station is augmented by more than 500 personnel of the Metro Boracay Police Task Force (MBPTF) under the command of Police Regional Office (PRO-6) deputy director for operations Senior Superintendent Jesus Cambay Jr.

The task force, which covers the towns of Buruanga, Nabas, Ibajay, and Malay, is aiming to maintain the confidence level of stakeholders, with hopes that no significant crime or incidents such as abduction and kidnapping will happen before and after the Boracay closure, and that rehabilitation will be implemented peacefully and in an orderly manner.

Aside from the Boracay police sub-station acting as the anti-criminality task unit of MBPTF, the task force also assigned policemen in inner and outer border controls, specifically the entry points to Boracay Island.

Chief Inspector Ruel Fermo of Malay police station said his unit and the Boracay police sub-station are under the direct supervision of Malay Mayor Ceciron Cawaling.

(All anti-criminality campaigns in the island are under the jurisdiction of the Boracay sub-station which was formerly the Boracay Tourist Assistance Center.)

Fermo said police also established 24/7 primary and secondary chokepoints in the island to secure the 3 barangays.

(Our crime rate in Boracay went down because of the help of the MBPTF. Our residents also help in combating crime.)

Fermo said MBPTF personnel also assisted national agencies in the demolition of illegal structures, and in the implementation of rehabilitation plans.

To prevent crimes during the 6-month rehabilitation, police also conduct foot and bike patrols in the beaches, as well as dialogue, house visitation, and distribution of anti-criminality and safety tips to residents and affected sectors in Boracay.

Senior Inspector Klarenz Sia, acting chief of the Boracay sub-station, said a total of 75 uniformed policemen have been deployed to 3 community police centers situated in crime prone areas in Yapak, Manoc-Manoc, and Balabag.

(Our residents can ask for help from our 3 assistance centers located in the Rotunda in Manoc-Manoc, the Laketown area in Balabag, and near the school in Yapak.)

Sia then urged barangay officials and stakeholders to continue their support for the anti-criminality campaigns of the local police in order to address crimes in Boracay.

“They are our neighborhood watch. Because of them, we have prevented many crimes in the island. We encourage them to give more information to the police and we are willing also to mediate their concerns to our national agencies,” he said in a mix of English and Filipino. – Rappler.com