Less than half of Filipinos want federalism in PH – survey 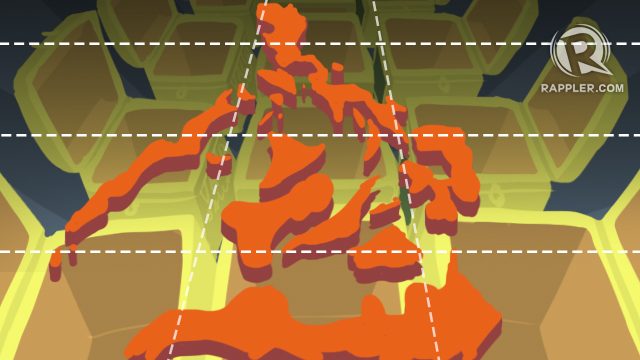 Facebook Twitter Copy URL
Copied
(UPDATED) Awareness of and support for a federal system of government is highest in Mindanao and among Muslims, shows a Social Weather Stations survey in March

MANILA, Philippines (UPDATED) – Only 37% of Filipinos support the shift to a federal system of government while only one out of 4 Filipinos are even aware of what it is, a newly-released Social Weather Stations survey found.

The survey, conducted from March 23 to 27, also found that the greatest support for federalism comes from Mindanao, home region of President Rodrigo Duterte and one beset by security issues brought by years of neglect by the central government.

The survey was released on Thursday, June 28.

Meanwhile, 29% disagree with the shift and 34% were undecided about the matter.

These figures lead to a 7+ net score, which, in SWS terms, means respondents are “neutral” about federalism.

Only 25% – or one out of 4 Filipinos – know what a federal system of government is. The remaining 75%, said SWS, only found out about it when they were answering the survey.

A majority of the respondents – 58% – also said they do not know of the name of the state to refer to their locality as promoted by those advocating for federalism in their communities.

Federalism, a system of government that is less centralized and devolves many tasks of governance to local governments in federated regions or states, is one of Duterte’s major advocacies.

Mindanao, a region where the cry for autonomy has been the loudest, is most aware of federalism and most supportive of this system of government for the country.

SWS found that 37% of Mindanaoan respondents know about federalism. There was also a “very strong” +43 support for federalism in the region, the highest among the geographic areas.

Metro Manila follows Mindanao in level of support for federalism with a “neutral” +7 net agreement score. Third was the Visayas (+2, neutral) and least supportive was Balance of Luzon (-8, neutral)

Out of the major religious groups, Muslims are most supportive of the shift to a federal system of government, with 61% of them agreeing with it. This led to a “very strong” +47 net agreement score.

Muslims are most aware about the federal system of government, with more than half of them (51%) saying so. This is followed by Iglesia ni Cristo members (37%), then Christians (32%). Catholics are the least aware about federalism at 22%.

Presidential Spokesperson Harry Roque said these survey results show that government needs to do more to promote federalism, a “cornerstone” among policies of the Duterte administration.

“Everyone in government should exert more effort in popularizing the need to shift to a federal government its advantages to the people,” said Roque on Thursday.

There have been no recent developments in Congress on proposals to shift to federalism as Duterte’s consultative committee is just about to submit its draft federal constitution to the President.

Duterte is expected to endorse to Congress the draft, which the committee will submit on July 9.

Senator Francis Pangilinan, chairperson of the Senate committee on constitutional amendments and revision of codes, said it was clear from the survey results that the government cannot force charter change through.

“The latest survey result is consistent with past survey results, which also showed [people have] little knowledge about the planned new form of government,” he said in a statement.

Pangilinan said that during the current congressional break, his committee was supposed to conduct hearings on the specific amendments to the Constitution that a federal system would entail. However, they have yet to officially receive a draft constitution from proponents.

“Paano mauunawaan ng mamamayan nang malaliman ang federalismo kung wala namang maliwanag at konkretong mungkahi tungkol dito?” the senator pointed out. (How will citizens gain any deep understanding of federalism if there are no clear and concrete proposals about it?) – Rappler.com