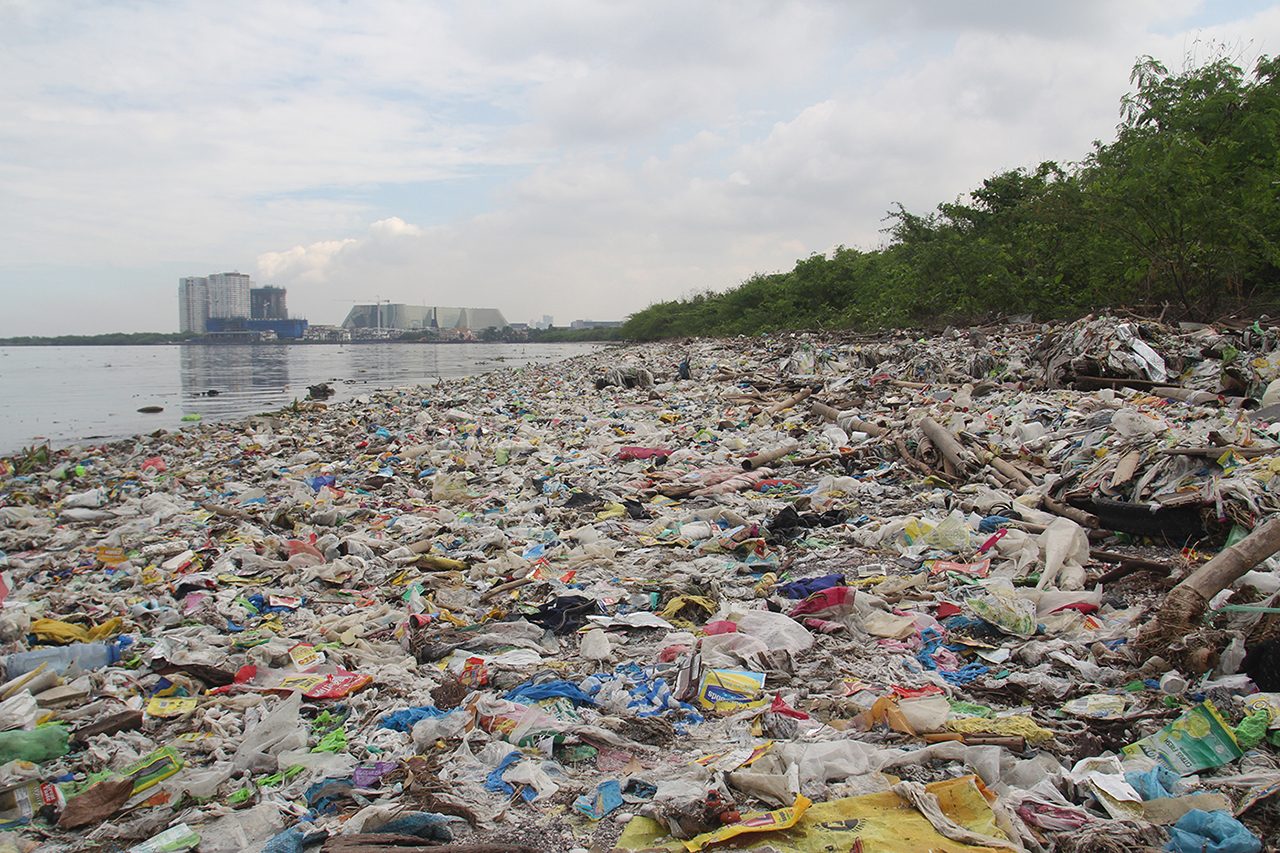 Facebook Twitter Copy URL
Copied
Because of the immense volume of plastic trash in Manila Bay, forest rangers of Freedom Island and Long Islang in Parañaque say coastal cleanups are not enough

MANILA, Philippines – For over a decade now, Ruben Navales has dutifully fufilled his work as forest ranger at Freedom Island in Parañaque City’s Freedom Island just off Coastal Road.

Navales is one of 4 farm workers/ forest rangers who patrol this 175-hectare area known as the Las Piñas-Parañaque Critical Habitat and Ecotourism Area (LPPCHEA). It is made up of two artificial islands – Freedom Island and Long Island – formed more than 60 years ago the dirt dumped in Manila Bay.

Since he started as guardian of Freedom and Long Islands in 2007, Navales said sent to jail 5 persons he caught harvesting mangroves and quarrying sand.

“My work is to reforest and look after the Freedom Island and Long Island. Unfortunately, many of our kababayans are unmindful and predators of our environment,” Navales said. Most of the environment poachers caught in Freedom Island and Long Island according to Navales, are residents from Las Pinas, Paranaque, Bacoor and Cavite.

He said that Freedom Island was developed through natural reclamation brought by the big volume of trash flowing from the mouth of the rivers directly into Manila Bay.

This artificial island located off the coast of Metro Manila is now a sanctuary of migratory birds. The place was declared a Critical Habitat by the Philippine government in 2007. It was listed as a Ramsar wetland of international importance in 2013

It  is covered with mangroves, ponds and lagoons, mudflats, salt marshes, and mixed beach forests.

Navales said that there is also a lagoon in this haven for migratory birds that serves as an outlet for some of Metro Manila’s major waterways.

From October to March, specifically the winter season in northern hemisphere, migratory birds from China and Siberia flock into the man-made islands.

“Based on our count there are 82 species of birds coming in this ecotourism area, 42 are migratory birds from China, Siberia and other Asian countries. While 40 species from Philippines,” he said. Members of the media across the country belonging from Philippine Network of Environmental Journalists (PNEJ) organization underwent a two-day workshop on plastic pollution in the Philippines sponsored by Internews held at Golden Phoenix Hotel. They visited the Freedom Island to see firsthand the impact of plastic wastes affecting the fishing village of Parañaque City.

The forest rangers biggest headache, according to Navales, is the ever-increasing plastic wastes which cover the shoreline of the two artificial islands.

“The big volume of rubbish mostly plastic wastes is now a nightmare to us even though we’re collecting from 170 sacks to 200 sacks of garbage every day. The volume is increasing yearly, this is unhealthy to our seas and on the migratory birds flocking the bay as they might mistake plastic as food,” he said.

Even with daily cleaning and collecting of plastic wastes, the volume of rubbish is swelling at a terrible rate according to Ronnie Café, 50, Navales co-worker said.

”We cannot clean the ecotourism site totally even with the help of many volunteers because if you look beneath the seabed it’s in dismal situation. Unless the populace will work together and be responsible enough from household to industrial to recycle their wastes and reuse eco bags to lessen our daily plastic wastes dumped on the shorelines and in Manila Bay,” Cafe said.

“We’re doing our best in partnership with different organizations and volunteers to clean the shorelines of Freedom Island and of the Long Island to save the haven of migratory birds. But we need the cooperation of the people,” he added. – Rappler.com