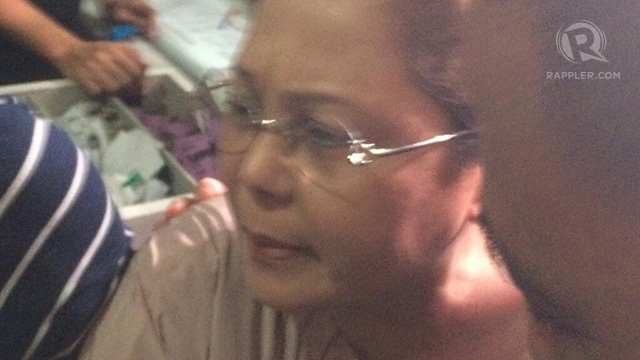 MANILA, Philippines – The Sandiganbayan denied the bail petition of Gigi Reyes, the former chief of staff of ex-senator Juan Ponce Enrile, who is among those facing plunder charges over the pork barrel scam.

In a resolution signed last Thursday, June 28, the Sandiganbayan 3rd Division said there is strong evidence that Reyes was involved in the scam, which allegedly led to P172.8 million in kickbacks for Enrile.

Reyes had claimed in her bail petition that the testimonies of whistleblowers Marina Sula, Merlina Suñas, Benhur Luy, and Ruby Tuason failed to prove that she was part of the scam.

But the anti-graft court, in its resolution, said the whistleblowers’ testimonies “remain trustworthy.”

Reyes had also argued that she is not a flight risk.

To that, the anti-graft court said: “Since plunder is a capital offense, the grant of bail is therefore discretionary and not a matter of right. In view of the foregoing, this court finds the evidence against accused-movant Reyes to be strong.”