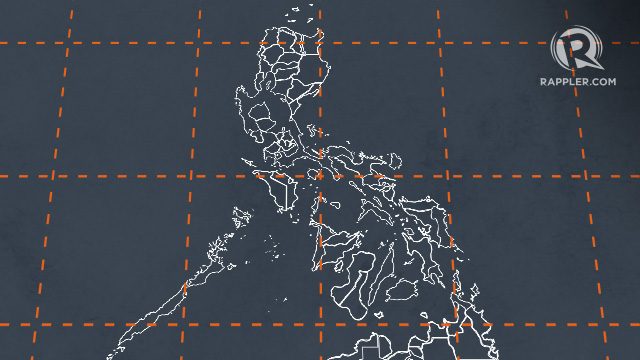 Facebook Twitter Copy URL
Copied
Estate tax and donor's tax will be collected by the regions and not by the national government. An equalization fund will help lagging regions catch up with more prosperous ones.

MANILA, Philippines – When he was running for president, Rodrigo Duterte promoted federalism as a way for local governments to get bigger budgets and thus have more resources to develop their areas of jurisdiction.

On Monday, July 2, the committee he formed to come up with a sample federal constitution presented its proposal on how these federated regions will be funded. (READ: Consultative Committee delineates powers of federal gov’t, regions)

Their draft constitution, to be submitted to Duterte on July 9, states that part of the regional governments’ budget will come from the top revenue-generating taxes imposed by the national, or federal, government.

At least 50% of all collected taxes on income, excise, value-added tax, and customs duties shall be devoted to the federated regions, said Consultative Committee (Con-Com) spokesman Ding Generoso.

This allocation will then be “equally divided” among the 18 proposed regions and “automatically released.”

To illustrate the scheme, Generoso used as an example the P2 trillion in taxes collected nationwide in 2017. If this base figure was used, P1 trillion, or half of it, would go to the regions. With 18 regions, this means each region will get P60 billion each.

Aside from this allotment, regions will be given the power to collect more taxes than they do in the current unitary system.

The federated regions will be able to impose and collect the following taxes and fees:

Generoso, citing a study made by the Con-Com based on Bureau of Internal Revenue statistics, said that these taxes could generate P2 billion to P5 billion for each region, depending on the population and economic growth of that region.

Combined with the allotment from national taxes, regions could each get annual budgets of P62 billion to P65 billion.

This regional budget will then be distributed among the provinces and highly-urbanied cities of the region based on a budget law to be passed by the region’s legislative assembly.

Because not all regions may be as prosperous as others, the Con-Com proposes to create an “Equalization Fund” to help lagging regions achieve financial viability and economic sustainability.

This fund should be at least 3% of the General Appropriations Act. A Federated Intergovernmental Commission is tasked with administering the fund. It will be distributed “based on the needs of each region,” to be assessed by the commission.

This commission will be comprised of two members appointed by the President, two members of the House of Representatives, two senators, 4 members from the Council of Regional Governors, one from the Bangsamoro region, one from the Cordillera region, the budget secretary, and the finance secretary.

The Con-Com’s draft constitution, however, is recommendatory in nature. This means Congress, set to convene as a Constituent Assembly, can choose to junk it in its entirety or pick and choose provisions it prefers. – Rappler.com