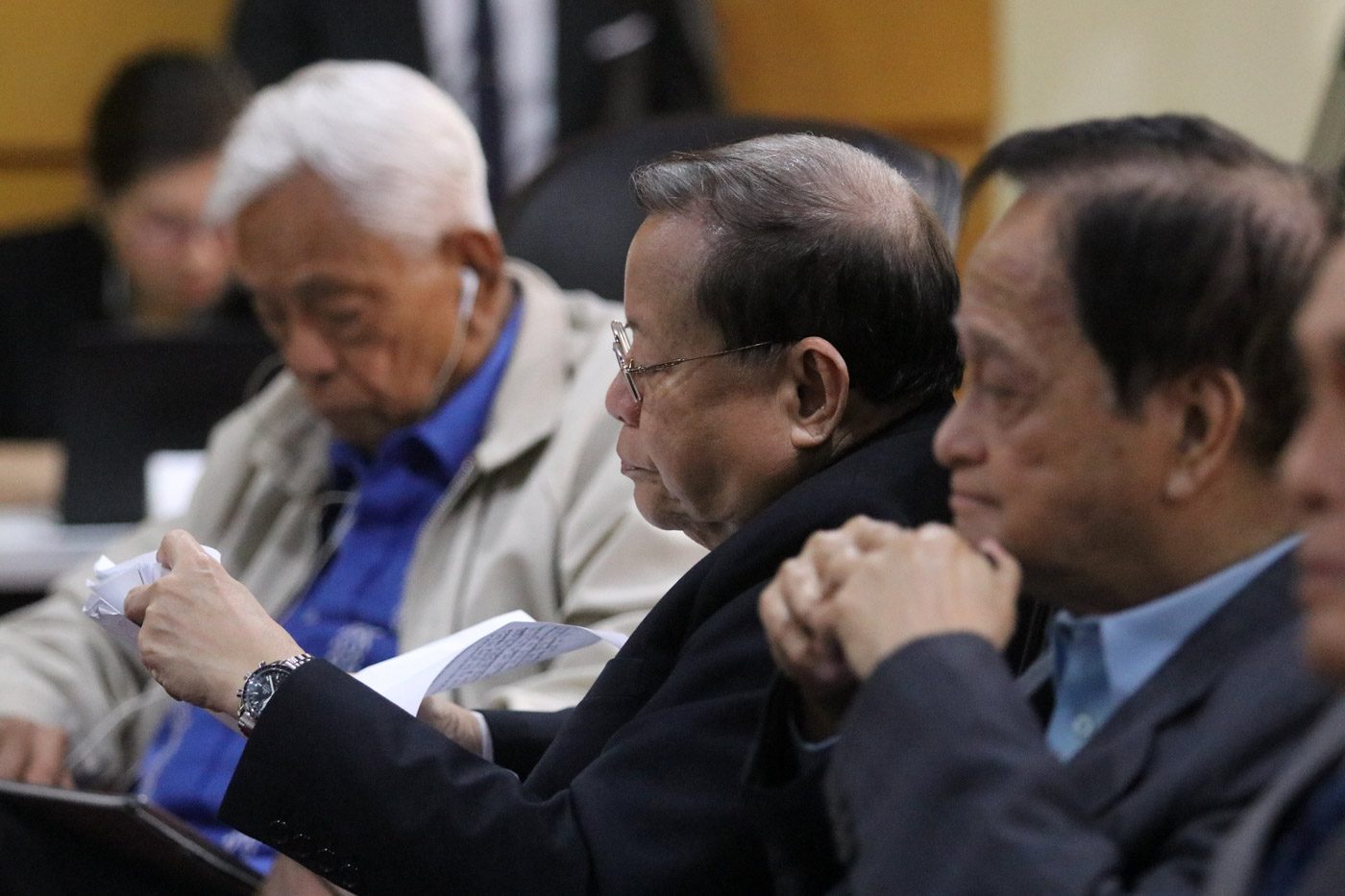 MANILA, Philippines – Consultative Committee (Con-Com) chairman Reynato Puno thinks a plebiscite for a new constitution should take place in the middle of 2019, if the transition to a new charter is to be completed in 2022.

“It should be by middle of next year, about that time, so there will be time for the people to understand this new constitution,” he told reporters on Tuesday, July 3.

Around an hour before, the committee approved a draft federal constitution they would propose to President Rodrigo Duterte.

After its submission to Duterte by July 9, it will be up to the Chief Executive to endorse the document to Congress, the body that will draft a constitution to be voted on by Filipinos through a plebiscite.

Congress may choose to adopt the Con-Com’s proposal or not.

The Con-Com’s draft states that the transition to a federal constitution should be completed by June 30, 2022, the last day of Duterte’s and Vice President Leni Robredo’s terms.

Mid-2019 would be in May, the same month as the mid-term elections. But Puno thinks the plebiscite on a new charter should not be held simultaneous with the elections. This, however, would be more expensive for government.

“The finance managers will always be thinking of the extra cost, but, as far as I’m concerned, the best method is to have the people ratify this constitution on a stand-alone basis,” said Puno.

A separately-scheduled referendum is necessary so that “the people can focus on the merit of the proposed constitution,” added the former chief justice.

In the 1987 Constitution’s article on revisions and amendments, any revision of the charter will only be valid if a majority of voters in a plebiscite are in favor of it. The plebiscite should take place not earlier than 60 days but not later than 90 days after the revision is approved by either a Constitutional Convention (Con-Con) or a Constituent Assembly (Con-Ass).

Duterte and his allies in Congress prefer amending the constitution through Con-Ass.

Puno expressed relief and pride that the committee now has a document to present to Duterte. The crafting of the draft took more than 4 months, since the Con-Com first convened in February.

“I am happy that after so may months of hardwork we were able to reach not only a consensus but a unanimity among the members in approving this draft constitution. It’s not easy to achieve that given the different philosophies of the members,” he said.

He hopes that Duterte and Congress will approve of their work.

Charter change under the Duterte administration is surrounded by fears that it is a strategy of Duterte’s to stay in power beyond his term.

Puno gave assurances that such fears are baseless.

“I do not think there is a foundation to that fear. The committee has always acted independently. From day one to today, we have not received any specific instruction from the President,” said Puno.

If the public would read reports about the Con-Com’s various proposed articles, he said, “they will see that there is nothing fear.”

The committee has ruled out term extension for Duterte and Vice President Leni Robredo and created a self-executing provision for regulating political dynasties, among many other highlights of the draft. – Rappler.com