Alvarez wants no elections in 2019 to speed up federal shift 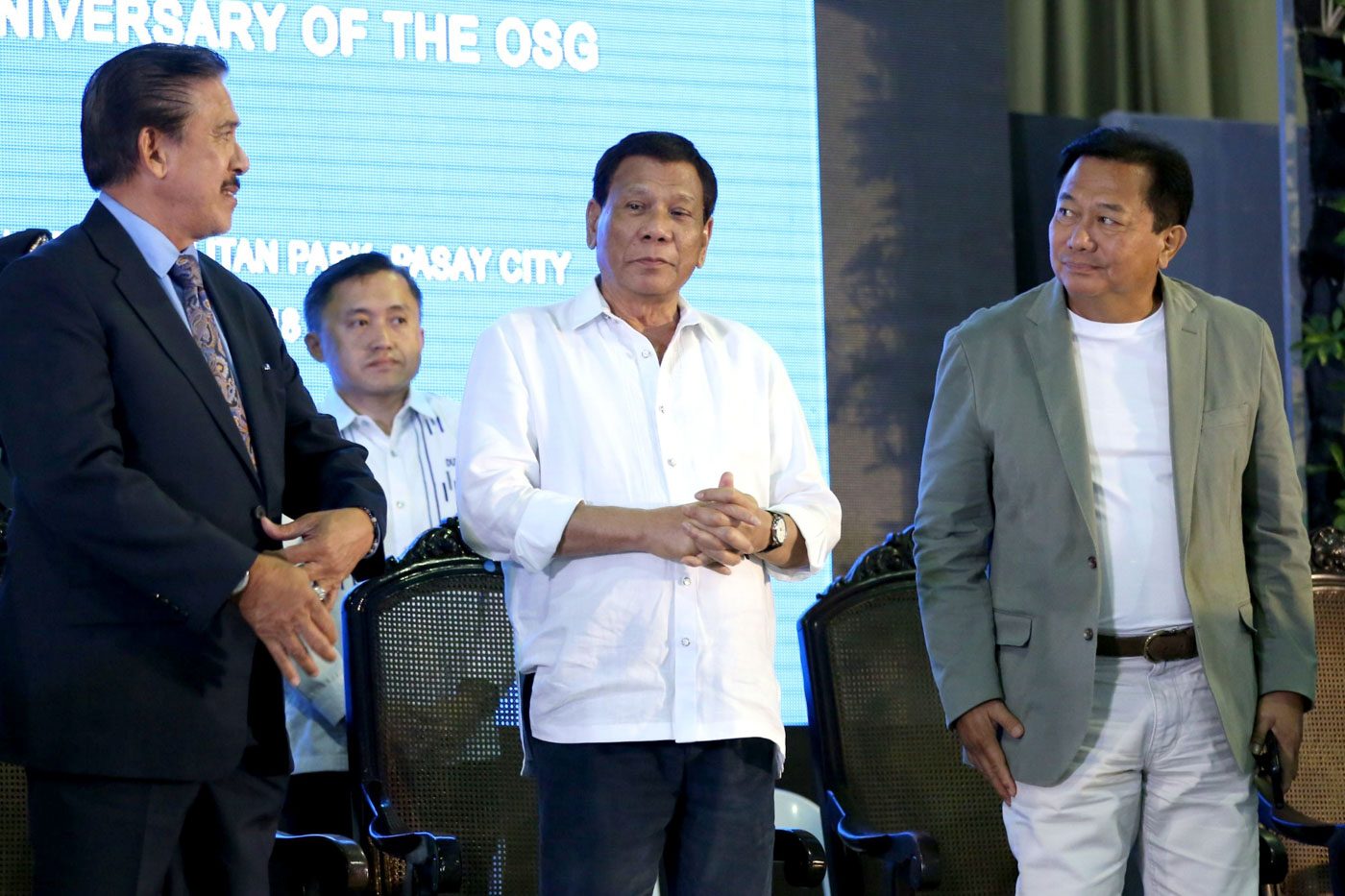 MANILA, Philippines – If it were up to Speaker Pantaleon Alvarez, the country should not hold the midterm elections in 2019 so the government can speed up the shift to federalism.

Alvarez replied in the affirmative when asked by reporters on Wednesday, July 11, if elections should no longer be held next year in favor of the federal shift.

Alvarez made the statement on the same day the House of Representatives received the Constitutional Commission’s (Con-Com) draft federal constitution, the product of the 22-member panel’s work in the past 5 months.

The Speaker explained he prefers not to have the elections in 2019 because Congress would be pressed for time to amend the charter. Con-Com chairman Reynato Puno recommends the ratification of the new constitution by May 2019, the same month the midterm polls is scheduled.

(We’d have to work double time here to tackle that draft. At the same time, we have to conduct hearings on the budget… Then in October, we’ll file our certificates of candidacy. After that, around what time do we resume session after Christmas? By last week of January or February, the campaign period for the national candidates, the senators will begin.)

(So how are we going to revise or amend the constitution? If we want to finish that, for me, we need to re-think the timetable.)

President Rodrigo Duterte already received a copy of the draft charter on July 9. On the same day, Con-Com spokesperson Ding Generoso said Duterte would endorse the draft constitution to Congress.

Under the 1987 Constitution, Congress has the mandate to propose constitutional revisions. (READ: The problem with Con-Ass? Distrust of Congress)

This means the 17th Congress may opt to accept or reject the Con-Com’s draft charter. Lawmakers are also free to adopt certain provisions from the Con-Com’s version and introduce other amendments of their own.

The House already approved a joint resolution calling both chambers of Congress to form a Constituent Assembly to amend the charter. But the document remains pending at the committee level in the Senate. – Rappler.com