Jul 12, 2018 9:07 AM PHT
Paterno Esmaquel II
Facebook Twitter Copy URL
Copied
The Philippines marks the second anniversary of its victory against China over the South China Sea, still with an 'inexplicable reluctance' to enforce this ruling 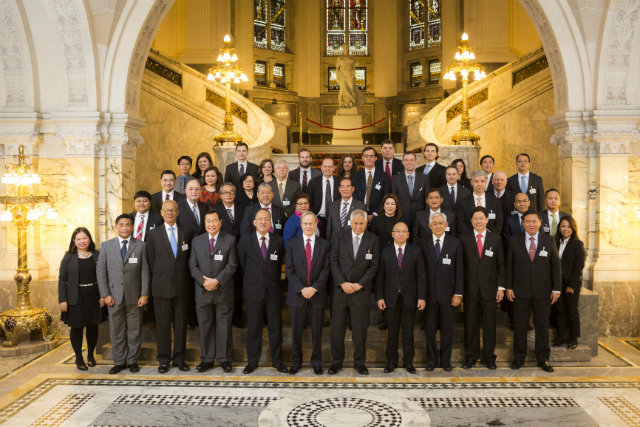 MANILA, Philippines – Two years after the Philippines won against China at The Hague, President Rodrigo Duterte refuses to wield this historic ruling, leaving superpowers to enforce it through naval activities while ordinary Filipinos keep the fire burning.

It came to a point that the US, Australia, and Japan had to issue a statement reminding the Philippines to abide by the very ruling it won. “Imagine the pain of having to read that kind of a statement,” former solicitor general Florin Hilbay recounted.

For Acting Chief Justice Antonio Carpio, the Duterte administration’s reluctance to enforce the Hague ruling is “inexplicable.” He also questioned how the Philippines “incomprehensibly decided to befriend at all costs the very state that is grabbing” its waters.

This is the backdrop against which the Philippines on Thursday, July 12, marks the second anniversary of the Hague ruling that invalidated China’s expansive claim over the South China Sea.

The Duterte administration refuses to enforce the ruling in exchange for economic benefits from Beijing, even as the Chinese continue to take the catch of Filipino fishermen, destroy corals and giant clams, and claim to allow Filipinos to fish “out of goodwill.”

“The President has refused to take immediate steps to enforce an award that, by any conceivable yardstick, is immensely in the national interest of the Philippines,” Carpio said at the “Kasarinlan” foreign policy forum on Monday, July 9.

Carpio added, however, that despite Duterte’s refusal to enforce the ruling, “a core part of the award is being enforced by the naval powers of the world.”

This is the case whenever the navies of the US, the UK, France, Australia, Canada, India, and Japan sail the high seas and exclusive economic zones (EEZs) of the South China Sea to assert freedom of navigation.

This is also the case whenever the air forces of the US, the UK, Australia, and Japan fly over the high seas and EEZs of the South China Sea to assert freedom of overflight, Carpio said. 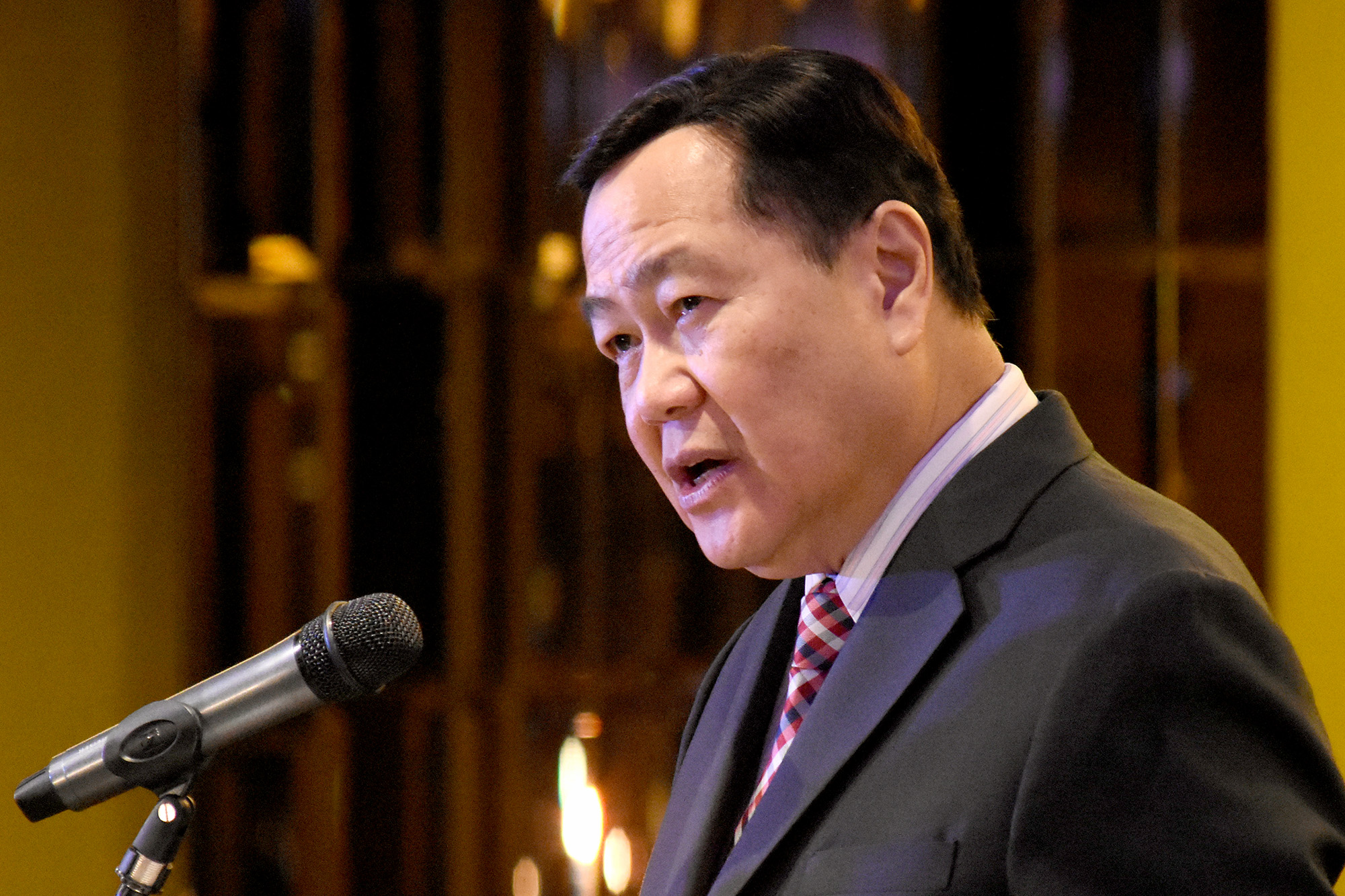 “Fortunately for the Filipino people, there is clearly enforcement of a core part of the award by the world’s naval powers even if there is inexplicable reluctance on the part of the Duterte administration to enforce the award,” Carpio said.

He added, “The Philippines has incomprehensibly decided to befriend at all costs the very state that is grabbing the exclusive economic zone of the Philippines.”

‘Civic duty’ to preserve the ruling

Carpio then refuted common arguments against enforcing the Hague ruling.

Carpio, for one, said enforcing the award does not mean going to war with China, contrary to Duterte’s claim. “I have on many occasions enumerated these peaceful actions. War is not an option and has never been an option,” he said.

He also refuted the claim that the South China Sea dispute “is a geopolitical rivalry between China and the US, and the Philippines should stay out of the fight between these two hegemons.”

“Those who hold this view are totally blind to China’s blatant physical seizure of Philippine maritime zones and territory in the West Philippine Sea,” Carpio said.

Carpio ended with a challenge to Filipinos.

“Since the Duterte administration has chosen to set aside the enforcement of the award, the task of keeping alive the award within our country has fallen on people like you and me,” Carpio said.

“It is now our duty to inform the Filipino people why the award is immensely beneficial to our national interest, and why every Filipino has a civic duty to preserve and protect the award so that the next administration can enforce the award,” he said.

Fisheries ‘in danger of collapse’

Carpio was joined by other experts when he delivered these remarks at “Kasarinlan: A Philippine Foreign Policy Forum” held in Intramuros, Manila.

Another speaker at the forum, maritime law expert Jay Batongbacal, raised the alarm about fisheries in the West Philippine Sea.

“Fisheries in the West Philippine Sea, as well as the entire South China Sea actually, are now in danger of collapse within the next decade or so,” Batongbacal said. 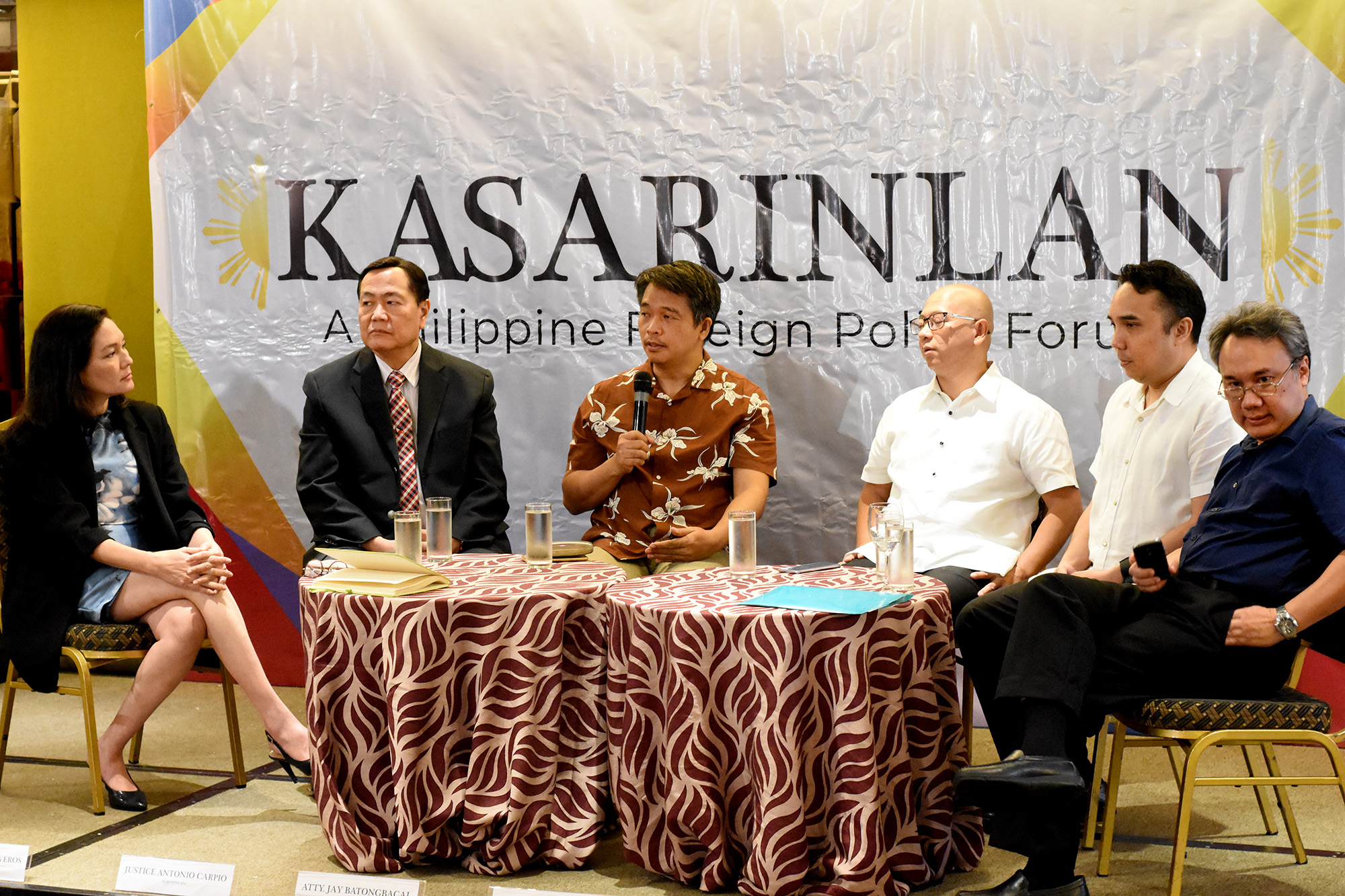 Sarcastically referring to China as the Philippines’ best friend, Batongbacal added, “This is exacerbated by the fact that aside from fish, our best friend also likes to take corals and giant clam habitats.”

Batongbacal said the Philippines, then, should “try to change its policy from being a passive observer” to being “an active protector” of fish habitats and fish stocks in the West Philippine Sea.

In his own speech at the Kasarinlan forum, former solicitor general Florin Hilbay cited the economy to dispute the claim that China is willing to wage war over the South China Sea.

“Are we really that vulnerable, and is it really easy for China in the first place to go to war? I don’t think there’s anybody in the area that is interested in war,” Hilbay said.

“And so nobody is in fact interested in going to war, and the administration should not be afraid of a ghost, not try to use fear as a tool for justifying what it’s doing, which is a policy of passivity,” Hilbay said.

He then stressed that the Philippines “holds the key to a rules-based coalition.” 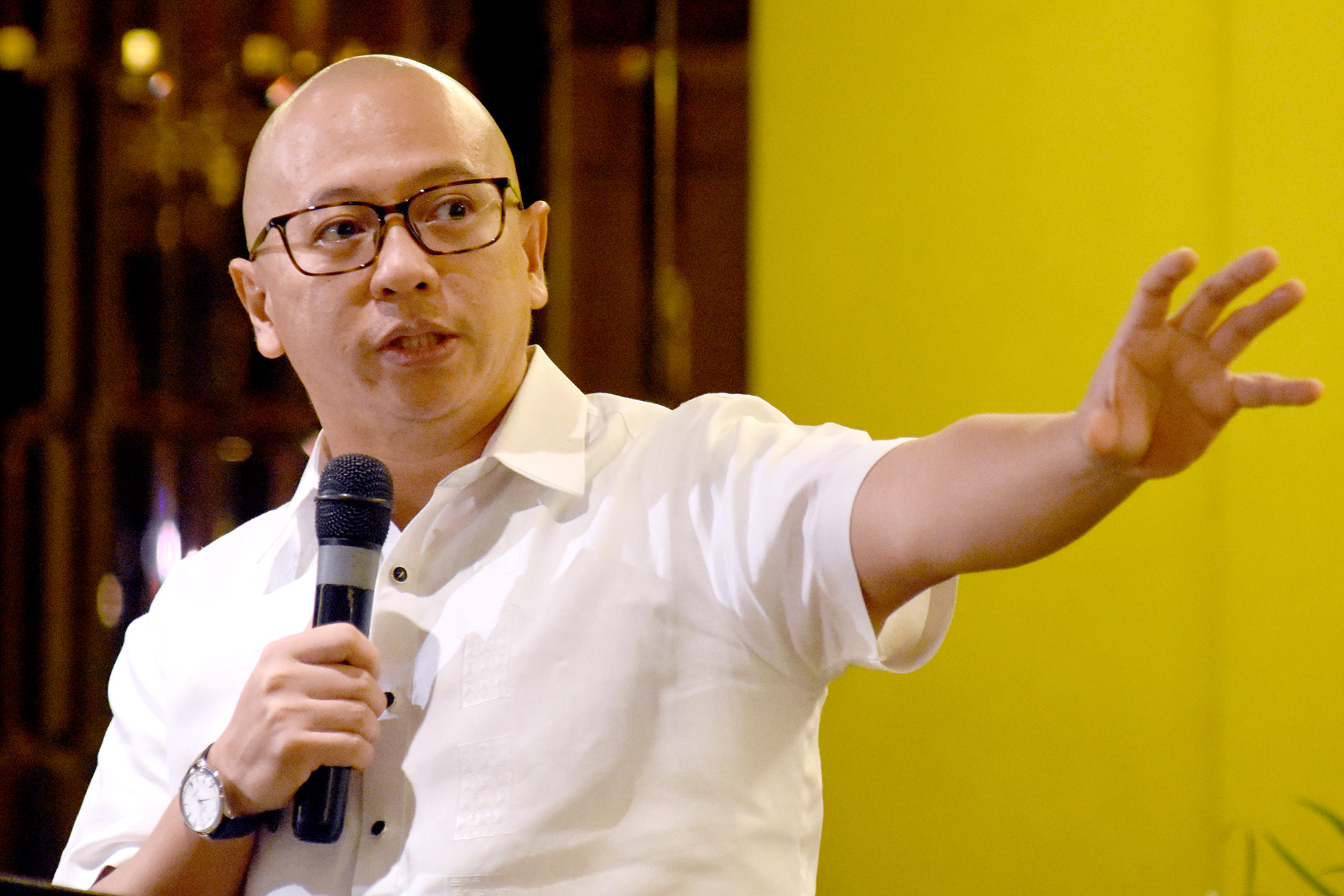 He said it was painful to read that kind of statement.

“We need to invoke ‘Philippines versus China’ not only for our own interests, but so that others may invoke it,” the former solicitor general said. – Rappler.com