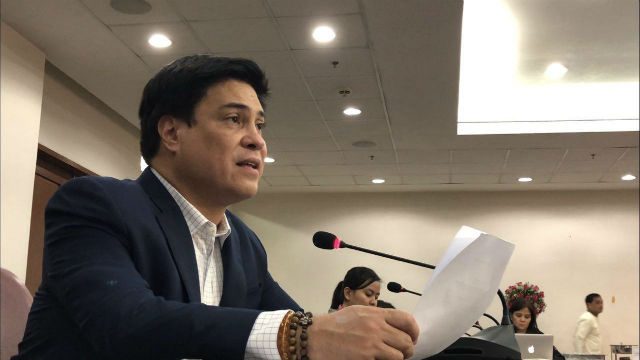 Facebook Twitter Copy URL
Copied
Under the proposed Bangsamoro justice system, Shari'ah or Islamic law would only be applicable to Muslims. But non-Muslims may volunteer to submit to the jurisdiction of Shari'ah courts.

MANILA, Philippines – The bicameral conference committee on the proposed Bangsamoro Basic Law (BBL) approved the creation of the Shari’ah High Court in the new region.

“We’re happy to announce that we have already approved the Bangsamoro justice system…. It’s a big step ha! Ilang sections ito (These include several sections). And we’d like to thank Senator [Franklin] Drilon, Senator [Aquilino] “Koko” Pimentel [III], Senator Joel Villanueva as well as the House panels who actively participated in the approval of this particular article,” said Zubiri.

Shari’ah or Islamic law is the law forming part of the Islamic tradition derived from religious precepts of Islam, particularly the Qur’an and the Hadith.

Section 7, Article 10 of the proposed BBL takes it a notch higher by creating the Shari’ah High Court, which shall have jurisdiction over the following:

The Bangsamoro Shari’ah High Court would have exclusive appellate jurisdiction over cases handled by Shari’ah district courts in the Bangsamoro.

The document, however, also states “nothing contained [in the BBL] shall affect the original and appellate jurisdiction of the Supreme Court as provided in the constitution.”

The Shari’ah High Court would be composed of 5 justices, including a presiding justice.

A person can only be a Shari’ah High Court justice if he or she is a Muslim, a natural-born Filipino at least 40 years old, and with 15 years of experience in law – with two of those years involving Shari’ah or Islamic jurisprudence.

If passed into law, the BBL’s provisions over the Shari’ah would only apply to cases involving Muslims.

The Islamic law may also be applied to non-Muslims should they volunteer to submit to the jurisdiction of the Shari’ah courts.

Article 10 also states that traditional or tribal laws would only be applicable to disputes of indigenous peoples within the Bangsamoro. – Rappler.com