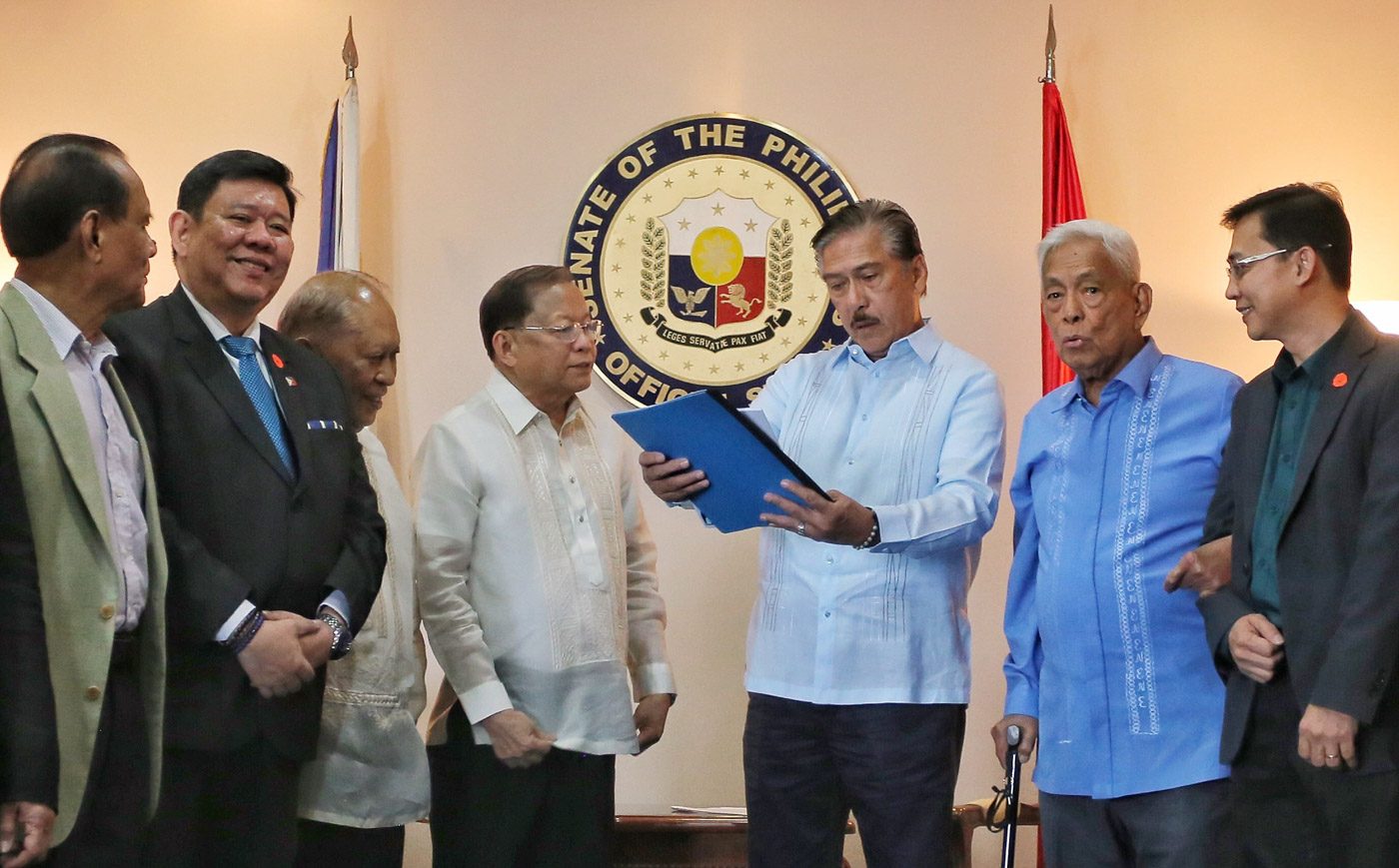 Facebook Twitter Copy URL
Copied
If you needed to know just 4 things about the draft constitution crafted by President Rodrigo Duterte's charter change committee, these would be it

MANILA, Philippines – President Rodrigo Duterte is expected to formally present to Congress, or at least mention the draft constitution prepared by a committee he formed, during his State of the Nation Address (SONA) on Monday, July 23.

This document was the product of 5 months of deliberations by the 22-member Consultative Committee, composed mostly of lawyers and political experts tapped by Duterte.

So what’s in this proposed constitution and how does it differ from our present 1987 Constitution?

Below is a quick breakdown. For the complete list of highlights, look here.

1. It creates a federal-presidential type of government. This means the regions we have now (Ilocos, Eastern Visayas, Northern Mindanao, et cetera) will become autonomous states with more powers, like in the United States. These states will have their own governor (to lead the executive branch) and legislative assemblies (to make laws and decide on the budget).

How this differs from the current Constitution: Today, we have a unitary system of government. This means there is a strong central government that holds most of the power and control of national revenue. The regions are mere groupings of provinces, cities, and towns with their local governments.

What was retained: The draft retains our present presidential form of government where Filipinos get to directly elect the president, who functions both as head of state and head of government.

2. Duterte can’t run for president in May 2022 but he can run for transition president. It was Duterte’s own request that the draft charter specifically state that he be banned from seeking the presidency in the 2022 elections. (READ: What’s in Consultative Committee’s new transitory provisions?)

However, the draft doesn’t bar him from running for another position. It also does not stop him from running for transition president, a role that comes with immense powers for overhauling the government and setting up entirely new institutions under the federal system.

This transition president will even be supervising the 2022 elections.

3. It has an anti-dynasty provision. Will more independent states just lead to more powerful political clans? This provision seeks to address that concern.

Here, a politician’s relatives within the second degree of consanguinity and affinity (parents, children, grandchildren, their in-laws) can’t succeed them in an elective post. The only time two people from the same family (within the second degree) can run in the same elections is if one is running for a local position (senator, House member, governor, mayor) while the other is seeking a national post (president, vice president).

In this charter, a senator is not a national official since they are voted regionally, not nationwide.

How this differs from the current Constitution: There is presently also a line in the constitution against political dynasties. However, it is not self-executing because it requires that Congress pass a law that details how the regulation will be implemented.

But Congress is full of scions of political families so it’s no surprise there’s been no development on this.

4. It’s just a proposal. The Con-Com is only a recommendatory body. The draft is their recommendation to Congress, the only government body with the power to propose revisions to the Constitution. The Congress can ignore the Con-Com’s draft if they want to.