Alvarez out, Arroyo in as House Speaker 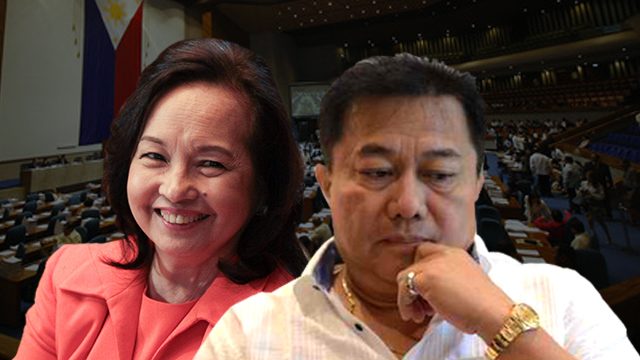 Lawmakers booted out Alvarez, who represents the 1st district of Davao del Norte, as the leader of the House of Representatives on Monday afternoon, July 23, the same day the 17th Congress opened its 3rd regular session.

When President Rodrigo Duterte arrived at Batasan for his State of the Nation Address (SONA), before 4 pm, it was still Alvarez who welcomed him, along with Senate President Vicente Sotto III.

The President’s SONA was delayed for more than an hour since he had to speak separately with Alvarez and Arroyo, according to congressional sources.

An agreement was reached to let Alvarez sit with the President during the speech, and to formalize Arroyo’s election as Speaker through a proper resolution.

After the President’s SONA, lawmakers stayed to hold a session.

An all-members caucus was also held in the morning, but only 76 out of 291 representatives attended. Deputy Speaker Gwen Garcia confirmed they discussed reports that other House members were plotting to oust Alvarez.

By noon time, lawmakers allied with Alvarez succeeded in adjourning the session to preempt the ouster moves, in the process failing to ratify the proposed Bangsamoro Organic Law in time for President Rodrigo Duterte’s signing before his State of the Nation Address late afternoon.

However, House members returned to the session hall again by early afternoon, and passed around and signed a manifesto calling for Alvarez’s removal as Speaker. It got 161 signatures. 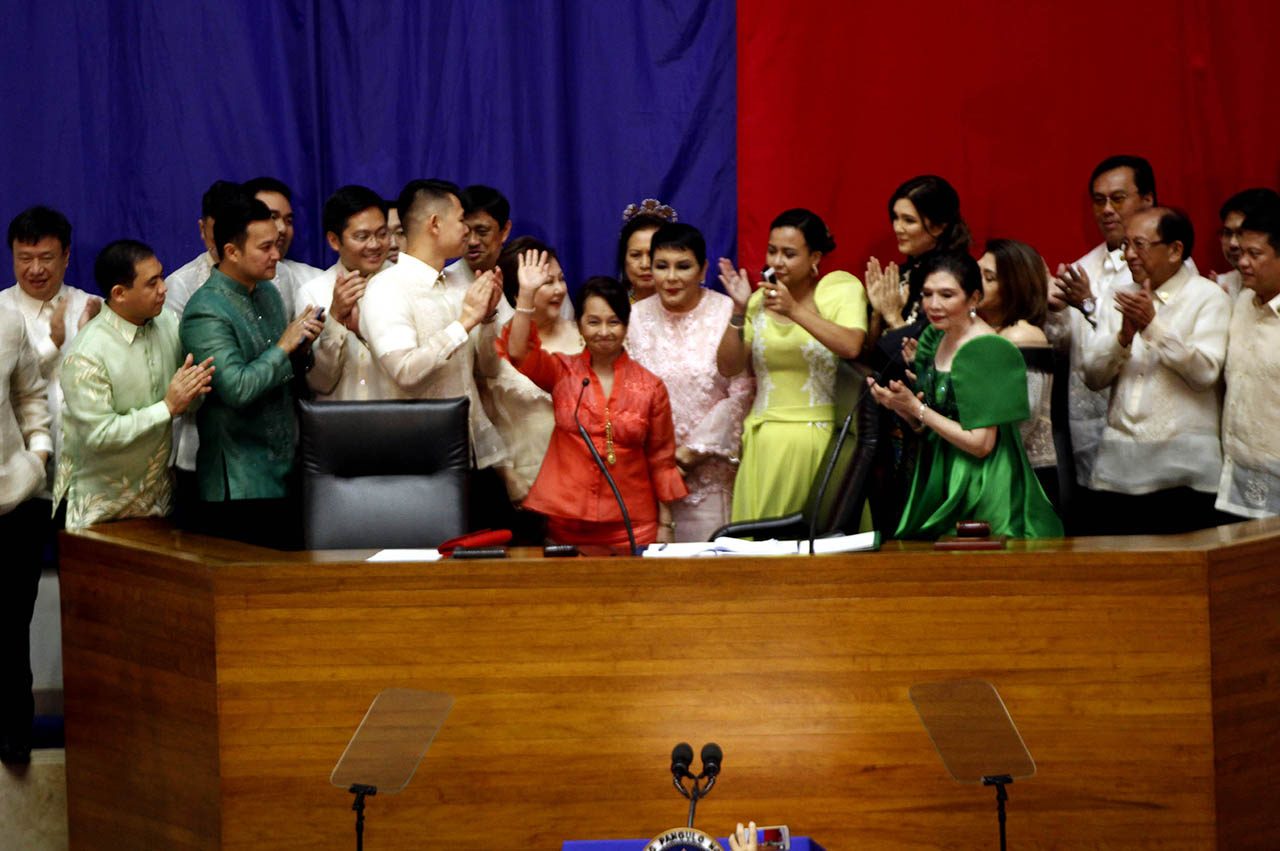 It remains unclear if Alvarez will challenge the vote that transpired in the plenary and seek Duterte’s help to relinquish power in the House.

Alvarez’s allies are expected to contest the vote. The House of Representatives’ mace – the symbol of the chamber’s legislative authority – was not in the plenary when lawmakers named Arroyo as their new Speaker.

The mace was removed just before Bondoc moved to adjourn the session earlier in the afternoon.

The Alvarez bloc may therefore argue that Arroyo’s oath is invalid.

During the session called after the President had left after the SONA, the House staff finally turned on the microphones at the plenary, but lawmakers still could not find the original mace of the House.

Marinduque Representative Lord Allan Velasco told Rappler it was later decided for him and AKO Bicol Representative Alfredo Garbin Jr to retrieve a second mace that was being kept at the House library.

Session resumed after that. Nueva Ecija 4th District Representative Magnolia Antonino moved to declare the speakership vacant. With no objections from their colleagues, Andaya accepted the motion.

Nominal voting for Arroyo’s election as Speaker followed. A total of 184 lawmakers voted for her as Speaker, while 12 abstained.

Her oath of office was administered by Ang Kabuhayan Representative Dennis Laogan, the youngest lawmaker in the 17th Congress.

A representative from each political party as well as the party-list coalition stood behind Arroyo as she took her oath. They were:

Session was then suspended past 9:30 pm. Lawmakers are expected to resume session at 4 pm on Tuesday, July 24. Arroyo walked free from nearly 4 years of hospital arrest just a month after President Rodrigo Duterte took his oath of office in 2016. She has since publicly expressed her support for the President, whose policies reflect those implemented by Arroyo during her term.

In March 2017, Alvarez removed Arroyo as deputy speaker, making good on his threat to remove all House leaders who would vote against the death penalty bill.

Arroyo was not in favor of the measure despite her being an ally of Duterte, who had lobbied for the reimposition of capital punishment. It was under the Arroyo presidency that the death penalty was abolished in 2006.

Alvarez’s removal does not come as a surprise, with some lawmakers reportedly planning his ouster since March 2017.

Alvarez also filed a resolution calling for a probe into the allegedly anomalous deal between Floirendo’s company and the Bureau of Corrections. Alvarez and Floirendo’s bitter feud was allegedly caused by a spat between their respective girlfriends in October 2016, a claim Alvarez has denied.

Confident that any moves to unseat him would not gain ground, Alvarez told alleged ouster plotters in March 2017: “Go ahead, make my day.”

More than a year later, they succeeded in kicking him out. (READ: Is Alvarez bent on scrapping 2019 polls over fear of losing?)

Alvarez is loyal to Duterte through and through, even sharing that he cried when the former Davao City mayor initially refused to run for president in 2016.

Duterte-Carpio had launched a series of tirades against Alvarez in February after the former speaker supposedly told the media she and her father were feuding and that she formed her regional political party, Hugpong ng Pagbabago, without his blessing.

The Davao City mayor said her father and the Philippines are better off without Alvarez leading the House. – Rappler.com