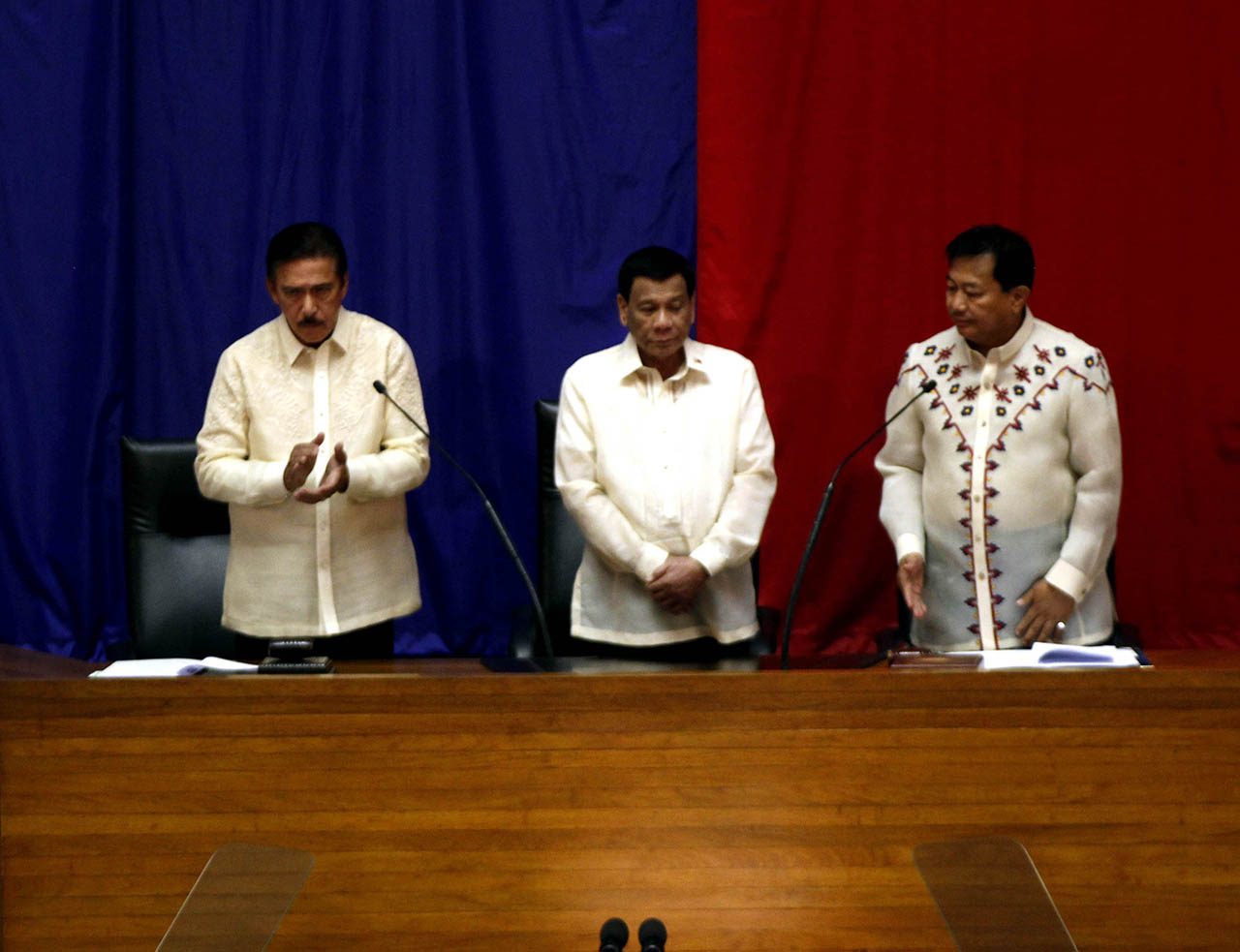 MANILA, Philippines (UPDATED) – After the gripping takeover of former president Gloria Arroyo as House Speaker, loyal allies of Pantaleon Alvarez have accepted they no longer have numbers in the lower chamber.

Instead, they are likely to form their own minority bloc, sparking yet another power play in the House of Representatives.

“The writing is already on the wall. The number speaks loudly. And so what’s the whole point in going through this and make the institution suffer more?” said Umali, who said the Alvarez bloc met on Tuesday morning to assess their status in the House.

Pimentel was more categorical, telling Rappler in a phone interview, “We are now in the minority.”

He said it is now clear to them that Arroyo has the upper hand, with 184 lawmakers voting yes and only 12 abstaining. Alvarez may still challenge the speakership later this afternoon, but Pimentel conceded the most they can do is stall a smooth transition to power for Arroyo.

He said they will likely field Ilocos Norte 1st District Representative Rodolfo Fariñas, the majority leader under Alvarez, as their minority leader.

Under the House rules, any legislator who did not vote in favor of the winning candidate for Speaker will automatically be part of the minority.

LP has 24 members in the House right now, among them 5 of the 7-member independent minority bloc. The remaining two legislators, Magdalo Representative Gary Alejano and Akbayan Representative Tom Villarin, are likely to side with the LP under the minority as well.

But with 184 yes votes for Arroyo and only 12 abstaining, there are still 95 lawmakers who have not cast their vote. They may now choose to join the Arroyo majority or stick it out in the minority.

As of posting time, sources said the Alvarez bloc and LP continue to recruit more members among these 95 lawmakers to strengthen their bid for to lead the minority.

The bloc under incumbent Minority Leader Danilo Suarez will also write a letter to Arroyo manifesting their intent to remain in the minority.

However, Suarez himself will relinquish his post and join the Arroyo-led majority. – Rappler.com