Jul 28, 2018 3:09 PM PHT
Rappler.com
Facebook Twitter Copy URL
Copied
According to the Quezon City Police District, 31-year-old Angelito Avenido Jr was set to be transferred from its headquarters to the Quezon City jail when 'he suddenly grabbed' his police escort's service firearm 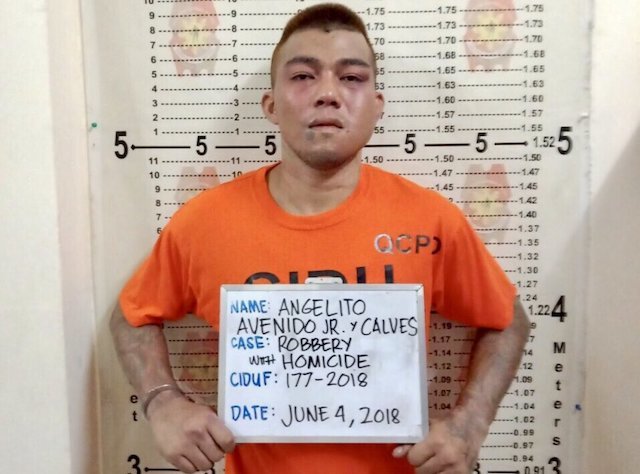 MANILA, Philippines – The suspected killer of Ombudsman assistant special prosecutor Madonna Joy Ednaco Tanyag  was killed after allegedly trying to snatch the gun of his police escort on Saturday, July 28, in Camp Karingal.

“PO2 Langa, together with detainee, just went out [of] the room when detainee suddenly grabbed PO2 Langa’s service firearm that resulted to a scuffle between the duo. At that instance, the firearm suddenly went off hitting the detainee in the process,” the QCPD said.

Avenido was “immediately brought” to the East Avenue Medical Center but was declared dead on arrival.

On June 5, the Philippine National Police arrested Avenido for stabbing Tanyag, who was then 5 months pregnant. Police earlier said that the attack on Tanyag  was a case of “robbery gone wrong” or robbery leading to homicide. – Camille Elemia/Rappler.com