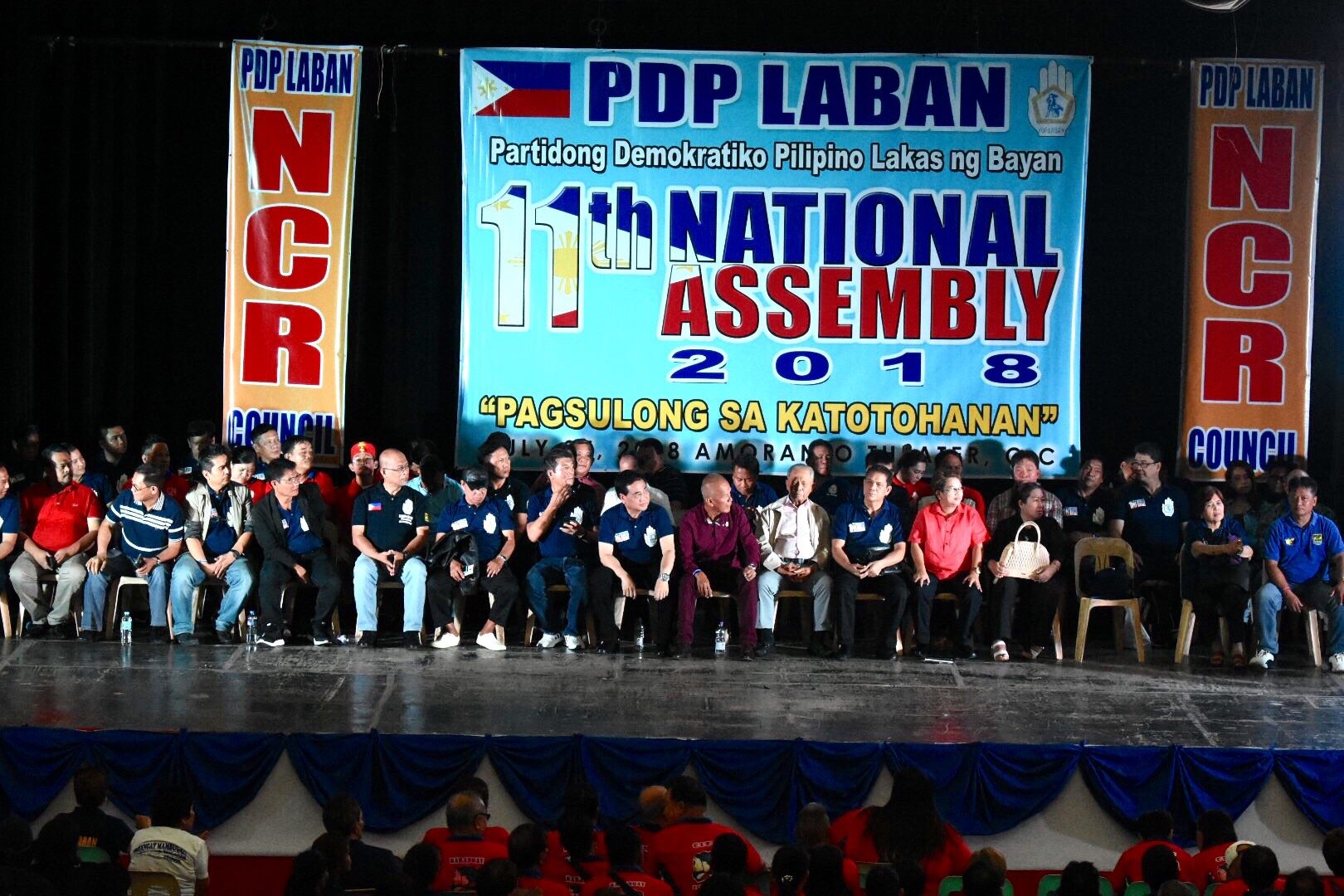 MANILA, Philippines – President Rodrigo Duterte will “try to unify” factions in the PDP-Laban in a caucus of the ruling party.

Special Assistant to the President Bong Go said this in a radio interview on Saturday, July 28, in response to questions about the supposed “unauthorized” national assembly that ousted Senate President Aquilino Pimentel III and former speaker Pantaleon Alvarez as party leaders.

Go, who was retained as party auditor in the Friday assembly, said he only found out about the party infighting just recently, and that he relayed the development to Duterte, the party chairman.

Go said lawyer Rogelio Galicia, who was elected “new” PDP-Laban president, is a classmate of Duterte while the other “new” officers are also supporters of Duterte.

Alvarez, PDP-Laban secretary general, was replaced by Willy Talag, who ran for Makati City 1st District representative in 2016 under the Nationalist People’s Coalition but lost. Abbin Dalhani is the new executive vice president.

Go said he has talked to the camp of Garcia and Pimentel, and both expressed willingness to listen to the President.

(I talked to Atty. Vic-Vic Garcia and Senator Pimentel, they are both open to listening to President Duterte. That’s good news because this is the party that brought President Duterte to the presidency. It’s not good that we will just let this happen that’s why the President said he will talk to both parties.)

Garcia’s group had accused Pimentel’s camp of violating the party’s by-laws and constitution, when it held a mass oath-taking of new members without the required proper basic seminar.