PNP chief Director General Oscar Albayalde announced in a press conference that he has ordered the Criminal Investigation and Detection Group (CIDG) to launch a manhunt for the 4 in connection with a case filed 12 years ago, when they were charged with conspiring to kill 2 people in 2003 and 2004, respectively.

Those to be served arrest warrants are the following:

The arrest order, dated dated July 11, 2018, was issued by Presiding Judge Evelyn Turla of the Regional Trial Court in Palayan, Nueva Ecija, who wrote that upon examination of the case, a probable cause was already found against the accused. (READ: 4 ex-lawmakers from Left face arrest for 2006 murder case)

The judge did not recommend bail, according to Rachel Pastores, legal counsel of the 4.

Why this matters: The CIDG is the PNP’s unit tasked to investigate and arrest high-profile criminals, tapped only by the PNP in exceptional cases.

Usually, only local cops are tapped to serve arrest warrants.

CIDG chief Director Roel Obusan however said it’s just part of routine that their teams are tapped to help out because the case is considered double murder.

Aside from the 4 high-profile Leftists, Judge Turla in the same warrant ordered the arrest of the following without bail:

Surrender urged: Albayalde urged the 4 to simply surrender to cops, promising during the Monday press briefing that the police would uphold their rights.

“I am also appealing to these individuals to just turn themselves in and to submit themselves to judicial processes,” he said.

Supporters of the former leftist leaders cried “political persecution,” noting how the case was revived after 12 years, coinciding with the breakdown of the peace talks between the Left and the Duterte administration.

A throng of militants picketed in front of the EDSA gate of Camp Crame, calling on cops not to implement the arrest.

In a letter read aloud at the National Anti-Poverty Commission secretariat’s monthly general assembly, an absent Secretary Liza Maza called for the body to continue its work in eradicating poverty.

Ties between the Left and President Rodrigo Duterte soured following the leftists’ accusation that the military was sabotaging the talks, which began on a positive note shortly after Duterte assumed power in 2016. 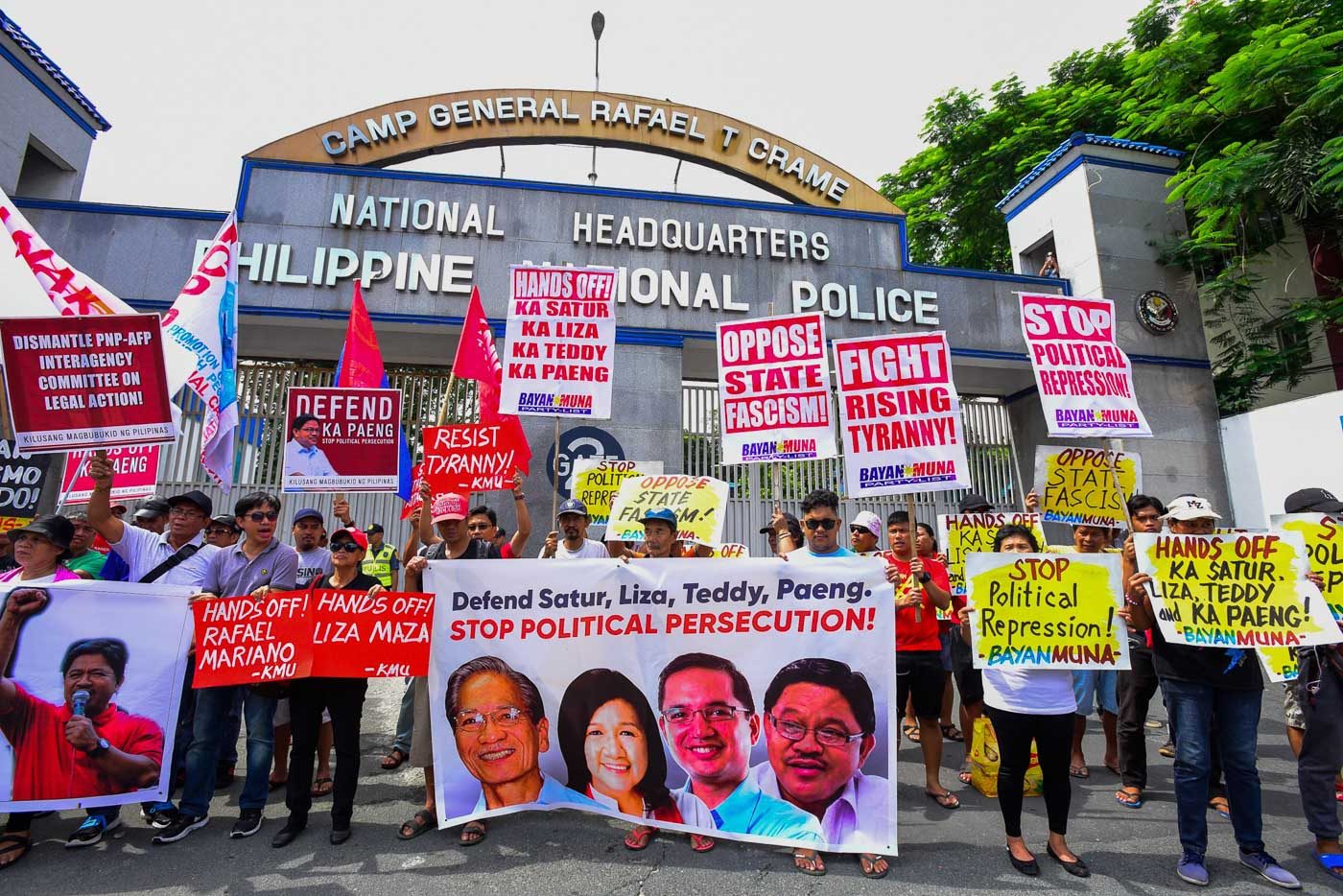