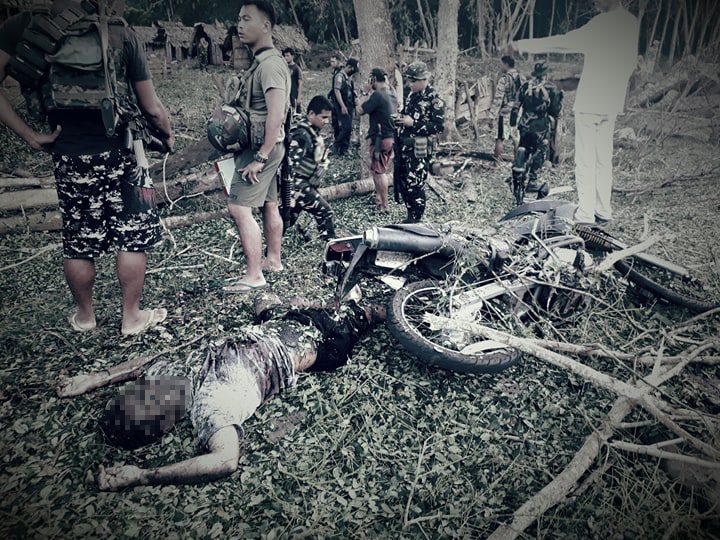 MANILA, Philippines (7th UPDATE) – At least 10 died and 9 others were wounded in a van explosion that rocked Lamitan City, Basilan on Tuesday morning, July 31.

How it happened: At 5:50 am Tuesday, soldiers were called to inspect a white, 10-seater van reported to be carrying an improvised explosive device (IED) parked near a Citizen Armed Force Geographical Unit (CAFGU) detachment.

Soldiers who approached the van said the driver appeared to be a foreigner and could not respond in the local dialect when they asked him about the situation.

The van then exploded before troops could locate and defuse the bomb. Military spokesman Colonel Gerry Besana said a soldier, 4 militia men, and 4 civilians – including a child, women, and the van driver – were among the fatalities.

Armed Forces spokesperson Colonel Edgar Arevalo said in a press briefing that the 4 of the civilians were dependents of the killed militia men.

Nine other people were hurt in the blast – 6 soldiers and 3 militia men.

“We suspect that the primary target is the military camp,” Lieutenant Colonel Mon Almodovar said in a separate interview with a local television network.

Almodovar said it was the first time that a car was used to carry out an explosion. In the past, they used a motorcycle, he added.

Where it happened: Lamitan City police chief Superintendent Christopher Palapan told Rappler in a phone interview that the explosion rocked an area near the border of Lamitan City and Akbar town.

The military later said in its dispatch that the explosion occurred near the Magwakit Detachment in Barangay Colonia.

Malacañang immediately condemned the attack, vowing to “bring the perpetrators of this brazen attack to justice.”

Who is behind it: Palapan told Rappler that police detectives have already been dispatched to the scene.

Lieutenant General Arnel dela Vega, commander of the Western Mindanao Command, vowed to “exhaust every available resource” to identify the perpetrators of the deadly explosion.

No group has claimed responsibility for the attack as of posting but the military said the Abu Sayyaf may have been behind the attack.

The attack happened  3 days after President Rodrigo Duterte reiterated his willingness to  dialogue with the Abu Sayyaf to bring an end to bloodshed in Mindanao. (READ: Duterte to Abu Sayyaf: ‘Let’s talk’) – with a report from Carmela Fonbuena/Rappler.com