Napoles daughter back in PH 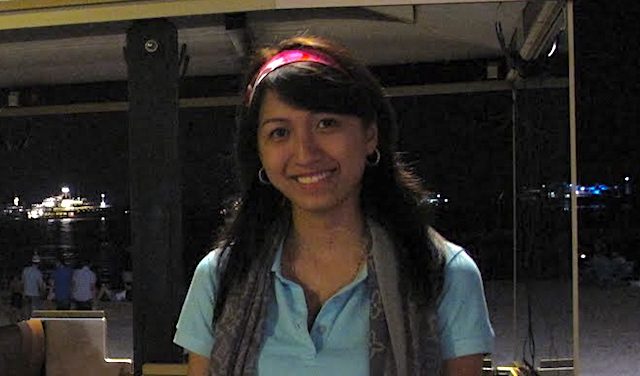 MANILA, Philippines (UPDATED) – The daughter of alleged pork barrel scam mastermind Janet Lim Napoles is back in the Philippines after a short trip to another Asian country, her lawyer said.

Lawyer Ian Encarnacion said in a statement that Jeane Catherine Napoles left the country on July 27, and returned to Manila on Friday, August 3.

“She returned to the Philippines on August 3, 2018 at 0335H. I personally fetched her at the NAIA,” he said in a statement released to the media on Saturday, August 4.

“She is here in the Philippines and she will face all the cases against her, both here and abroad. We maintain our client’s innocence and we look forward to having these cases dismissed,” Encarnacion added.

In an interview on radio dzMM, the lawyer said Jeane went to Indonesia. He also said that there is no hold departure order against Jeane, so she was free to leave the country.

The United States Attorney’s Office in California earlier indicted Janet, her 3 children, her brother, and sister-in-law of domestic and international money laundering, as well as conspiracy for multi-year bribery and fraud, and expressed interest in extraditing them to the US to hold them on trial there.

Aside from Jeane, the other Napoles children are Jo Christine and James Christopher.

Jeane was previously cleared of a P17 million tax evasion case by the Court of Tax Appeals (CTA). Encarnacion said they have a pending petition for review before the  CTA en banc on the civil liabilities arising from the tax evasion cases.

“This was in relation to the CTA 2nd Division case that was earlier dismissed where we questioned the computation of the BIR regarding her tax liabilities,” he said.

He added that while Jeane is not required to seek court permission to leave the country, the Bureau of Immigration has issued an Alert List Order against her.

“We will have it lifted once all cases are cleared,” Encarnacion said.

Philippine Justice Secretary Menardo Guevarra earlier said his department is cooperating with its US counterpart on the case, including the extradition of Napoles family members. (READ: EXPLAINER: Can the Philippines extradite the Napoleses to US?)

Janet has 5 counts of plunder pending before the anti-graft court Sandiganbayan, and dozens of graft and malversation cases related to the multi-billion pork barrel scam, the earnings from which she allegedly transferred to California accounts to buy assets and business shares.

Jo Christine and James Cristopher are facing a hundred counts of graft and malversation before the Sandiganbayan over their connection to the P900 million Malampaya fund scam. – with reports from Lian Buan/Rappler.com