Is Mocha Uson above reprimand? 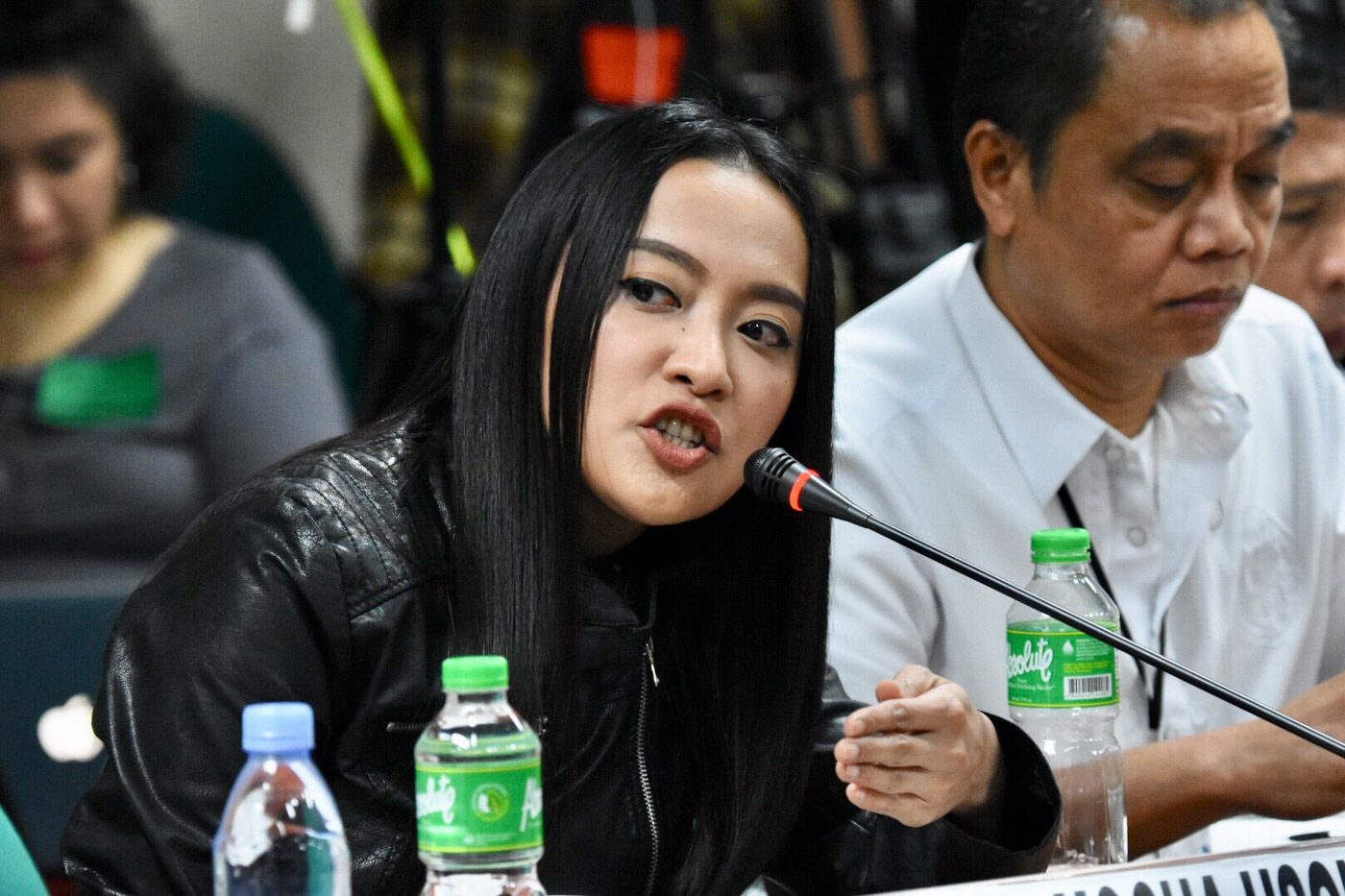 Facebook Twitter Copy URL
Copied
Unable or unwilling to respond directly to calls from the public to hold Uson accountable for her 'vulgar' video about federalism, Malacañang instead challenges critics to file a complaint against the official

This was Presidential Spokesman Harry Roque’s response when asked how Malacañang would respond to public clamor for Uson to be held accountable for a video of a federalism jingle that got even lawmakers and federalism advocates shaking their heads.

Roque said complaints can be filed with Malacañang and the Office of the Ombudsman.

“If there are complaints against them, file the complaints and it will be addressed by the PMS (Presidential Management Staff). I think that has been the track record of the President,” he said on Tuesday, August 7, in a media forum in Quezon City.

“If there’s a complaint, they should file the necessary complaint, because that’s cognizable by the Ombudsman. But, as far as I’m concerned, I leave it at that,” said Roque.

Uson, a presidential appointee and high-ranking government official, is bound by the government code of ethics, which states that officials must observe certain norms in public service, including professionalism.

Public officials and employees shall perform and discharge their duties with the highest degree of excellence, professionalism, intelligence and skill. They shall enter public service with utmost devotion and dedication to duty.

Another portion deals with good morals:

They shall at all times respect the rights of others, and shall refrain from doing acts contrary to law, good morals, good customs, public policy, public order, public safety and public interest.

Uson, who has cursed Vice President Leni Robredo in public and has ranted against the political opposition, is also bound by the Code’s provision on maintaining political neutrality.

Public officials and employees shall provide service to everyone without unfair discrimination and regardless of party affiliation or preference.

No Palace decision yet

Lawmakers and federalism experts, including allies of the President, have thumbed down Uson’s video about a lewd federalism jingle that referred to female private parts.

Yet Roque and Andanar, Uson’s immediate superior, have been careful in answering questions about who would hold Uson accountable for what some have called an “inappropriate” manner of discussing federalism and the draft constitution.

Asked if Uson is exempt from standards on ethical conduct, Roque said, “I will not judge Mocha Uson because, number one, I have no relation to Mocha Uson officially. Perhaps it is the head of her office, Secretary Martin Andanar, who should make a decision.”

Andanar, meanwhile, in an interview with reporters later that day, said there had been no decision yet.

“As far as the campaign is concerned, wala pang final kasi na napag-usapan kung ano dapat (nothing final was discussed on what should happen),” he said.

Andanar has often cited Uson’s millions of followers and appeal to hardcore Duterte supporters as one reason she is an asset to the PCOO.

Roque earlier said President Rodrigo Duterte himself was not bothered by Uson’s video and would rather respect her right to free speech. Duterte has used this line before to defend Uson in past controversies. – Rappler.com