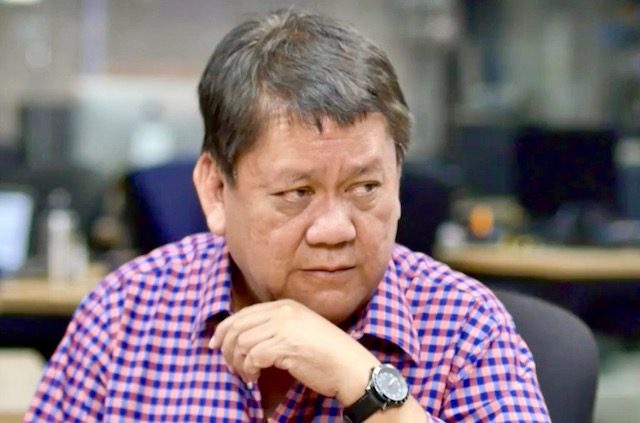 Facebook Twitter Copy URL
Copied
(UPDATED) 'If I have to be the bad guy for mentioning that there is a problem, so be it. No problem, this is what I signed up for,' says Cebu City Mayor Tommy Osmeña in response to President Duterte

Duterte repeatedly cursed Osmeña in a speech in Mandaue City, on Thursday, August 30, threatened to slap him, and accused him of thinking he “owns” Cebu City.

“Hoy! Tomas! This isn’t the time of the Spaniards, okay? The way you talk it’s as if you have a very high station in life…. You even said that I’m the protector of shabu,” Duterte said in Bisaya.

He said he wanted a meeting with Osmeña to confront him about supposed “false stories” being spread about Duterte.

“I came here to see Cebu and because I wanted to speak with an official. He was spreading false stories. I told him I tasked someone to arrange a meeting between us because I will slap him,” said the President.

He described Osmeña as “the kind of person who talks like, ‘Leave Cebu alone. We can handle it.'” (WATCH: Rappler Talk: Tommy Osmeña on governing as a mayor under Duterte)

“Who are you to say that? As if you own Cebu. By what right? Just because you were a former president’s son or grandson?” continued Duterte.

Duterte also warned Osmeña not to try to “bully” him.

“Anak ka ng puta (You son of a bitch)…. Don’t believe that you are someone better. If we don’t understand each other, I will slap you in front of people. Don’t mess with me because I’m not a Cebuano that you can push around. I’m not a local here that you can bully,” said Duterte.

Slamming Osmeña for supposedly spreading lies about the state of Duterte’s health, the President lumped the Cebu local chief with other critics of his administration.

“You’re just like Sison. You should form a group with Sison, you, Trillanes and Pamatong,” said Duterte, referring to Communist Party of the Phiippines founder Jose Maria Sison, opposition Senator Antonio Trillanes IV, and Elly Pamatong.

‘This is what I signed up for’

In a Facebook post on the same day as Duterte’s tirade, Osmeña said, “The President is entitled to say whatever he wants.”

“I will continue to do my job. I was elected by the Cebuanos, and it is them to whom I am obligated. I will continue to act in the interest of my people, especially those who have no one else to stand up for them,” he added.

Osmeña has been critical of Cebu police, saying killings in his city increased following the designation of new police chiefs. From July to early August, Cebu saw the killing of – at the very least – a barangay councilor, a couple, two PDEA agents, and a 4-year-old child killed by a stray bullet.

“If I have to be the bad guy for mentioning that there is a problem, so be it. No problem, this is what I signed up for,” the Mayor said in his Facebook post on August 30.

Osmeña is one of the few mayors who has been critical of Duterte’s campaign against illegal drugs, saying Duterte should look beyond  police operations as the solution to fighting drugs.

In June, Osmeña’s former aide was shot during an anti-drugs operation. Law enforcers claimed they recovered 15 sachets of suspected methamphetamine or shabu from him.

Osmeña has shrugged off threats to his life, amid the killings of local chief executives under the Duterte administration. The Cebu mayor earlier said he received information about an alleged plan to kill him, and then link him to illegal drugs. – Rappler.com