Facebook Twitter Copy URL
Copied
'Quiet courage and empathy, and leaders that put in the hard work of actually transforming the lives of people, are rarities in these times, when dictatorship is claimed by some to be better' says Vice President Leni Robredo during the 2018 Ramon Magsaysay Awards ceremony

MANILA, Philippines – Vice President Leni Robredo slammed President Rodrigo Duterte once more on Friday, August 31, and said that it is not a dictatorship, but courage and empathy that improves people’s lives.

“Quiet courage and empathy, and leaders that put in the hard work of actually transforming the lives of people, are rarities in these times, when dictatorship is claimed by some to be better,” Robredo said during her speech at the 2018 Ramon Magsaysay Awards ceremony.

Robredo earlier fired back at Duterte after he said he would rather relinquish the presidency to a dictator than let Robredo succeed him. The vice president said Duterte and should focus on fixing the nation’s most pressing problems instead of attacking her. (READ: Robredo to Duterte: Stop ranting, focus on helping suffering Filipinos)

Robredo likewise said attacks from leaders lead to a “scorched earth existence where people are killed, institutions are decimated, and our way of life is threatened.”

“When those trusted by the electorate threaten lives instead of protect them, divide the nation instead of unite it, attack people’s cherished beliefs instead of nourishing them, and present themselves only through bravado and empty promises as the antidote to what they say are outdated and decaying ideas like democracy, we don’t move towards a better future,” she said.

Robredo drew focus on and commended the work of the 2018 Ramon Magsaysay awardees whose actions, grit, and determination where what sow hope and real change.

“Real heroes like you derive strength, not from fear and intimidation, but from compassion,” she said.

In her speech, Robredo also said it was time as a region, to “look deep inside ourselves, and reflect upon these common values that we still hold onto,” adding that is was critical to remain hopeful despite “uncertainty.”

She went on to call the quiet work of “courageous, and hard working heroes” the “last line of defense for humanity.”

“This is the time to fight for those who cannot defend themselves,” Robredo said. “The message for all of us is clear: each one of us is called to turn our gaze to the last, the least, and lost.” 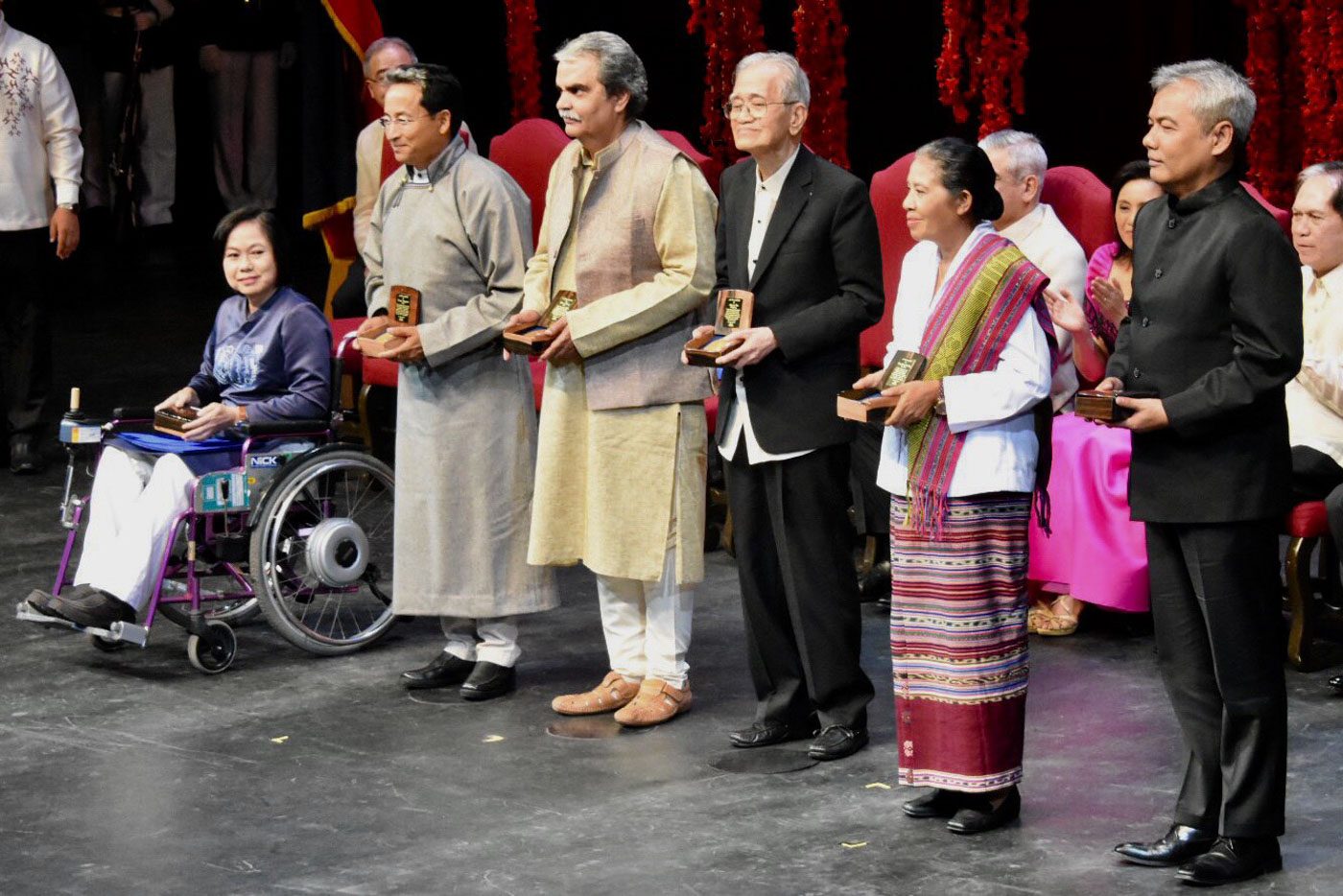 The awardees are as follows:

Howard Dee, former Philippine ambassador to the Holy See and Malta, was recognized for his “quietly heroic acts of service to the Filipino people,” and his work in pursuing social justice, peace, and progress for the poor. He also helped to establish development organizations Philippine Business for Social Progress and Assisi Development Foundation.

Cambodian Youk Chhang, a survivor of the 5-year Cambodian genocide, is recognized for his work in documenting Khmer Rouge atrocities to attain justice for victims and preserve the country’s history.

Vietnam’s Vo Thi Hoang Yen dedicated her life to providing livelihood, skills training, and job placement to persons with disabilities (PWDs) through the Disability Research and Capacity Development organization, which she founded.

India’s Sonam Wangchuk received the Ramon Magsaysay award for partnering with local governments to institute educational reforms that focus on a “creative, child friendly, and activity-based” education in the northern Indian state of Jammu and Kashmir and for establihsing the Students’ Education and Cultural Movement of Ladakh school.

Bharat Vatwani of India received the award for dedicating his life in service of the mentally ill living on the streets. He established the Shraddh Rehabilitation Foundation, which provides free shelter, food, treatment, and the chance to reunite the mentally ill with their families.

Created in 1957, it is regarded as Asia’s equivalent of the Nobel Prize. – Rappler.com