Robredo: Rape exists because of rapists, not beautiful women 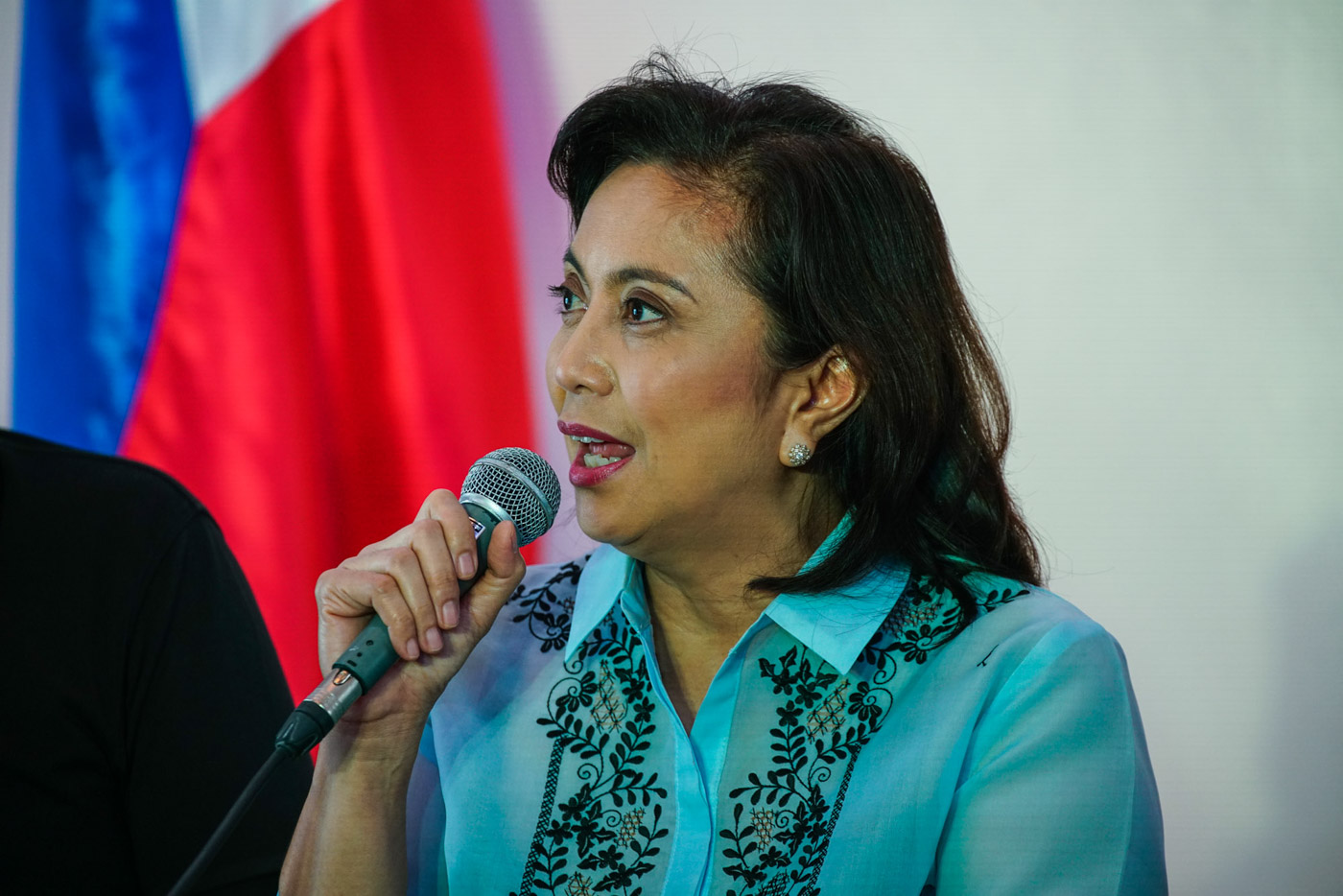 MANILA, Philippines – Vice President Leni Robredo corrected President Rodrigo Duterte and told him rape exists because of rapists, not because of beautiful women.

On Monday, September 3, Robredo was asked to react to the President’s statement that there is a high incidence of rape in his hometown Davao City because there are “many beautiful women” there.

(Rape exists because of rapists. Rape is not caused by beautiful women. We are serious in dealing with this issue. It’s not something we can just shrug off. We shouldn’t make light of this issue.)

The Vice President, who was a human rights lawyer before joining politics, also condemned statements that pin the blame on women who are raped.

(Speaking not just as a woman but as a human being, I think any statement blaming a woman for getting raped is not funny. We have to protest against it.)

Not a case of ‘freedom of speech’

In a speech in Israel on Monday, Duterte defended his recent rape remark, saying he was merely exercising his “freedom of expression.”

“Hindi ko naman sinabing rinape lahat ‘yan (I didn’t say all of them were raped)…. And this is democracy. Freedom of expression,” said the President.

But for Robredo, freedom of speech should not be used to disrespect women.

In 2017, Duterte said he frowned upon child rape but joked that if the victim happened to be “Miss Universe,” he would even congratulate the rapist for committing the crime knowing he would “die,” apparently in the hands of a lynch mob.

Malacañang sees no problem with the President’s off-color remarks, saying these are part of his manner of speech and that the majority of Filipinos, “especially the masses,” understand his humor. – Rappler.com