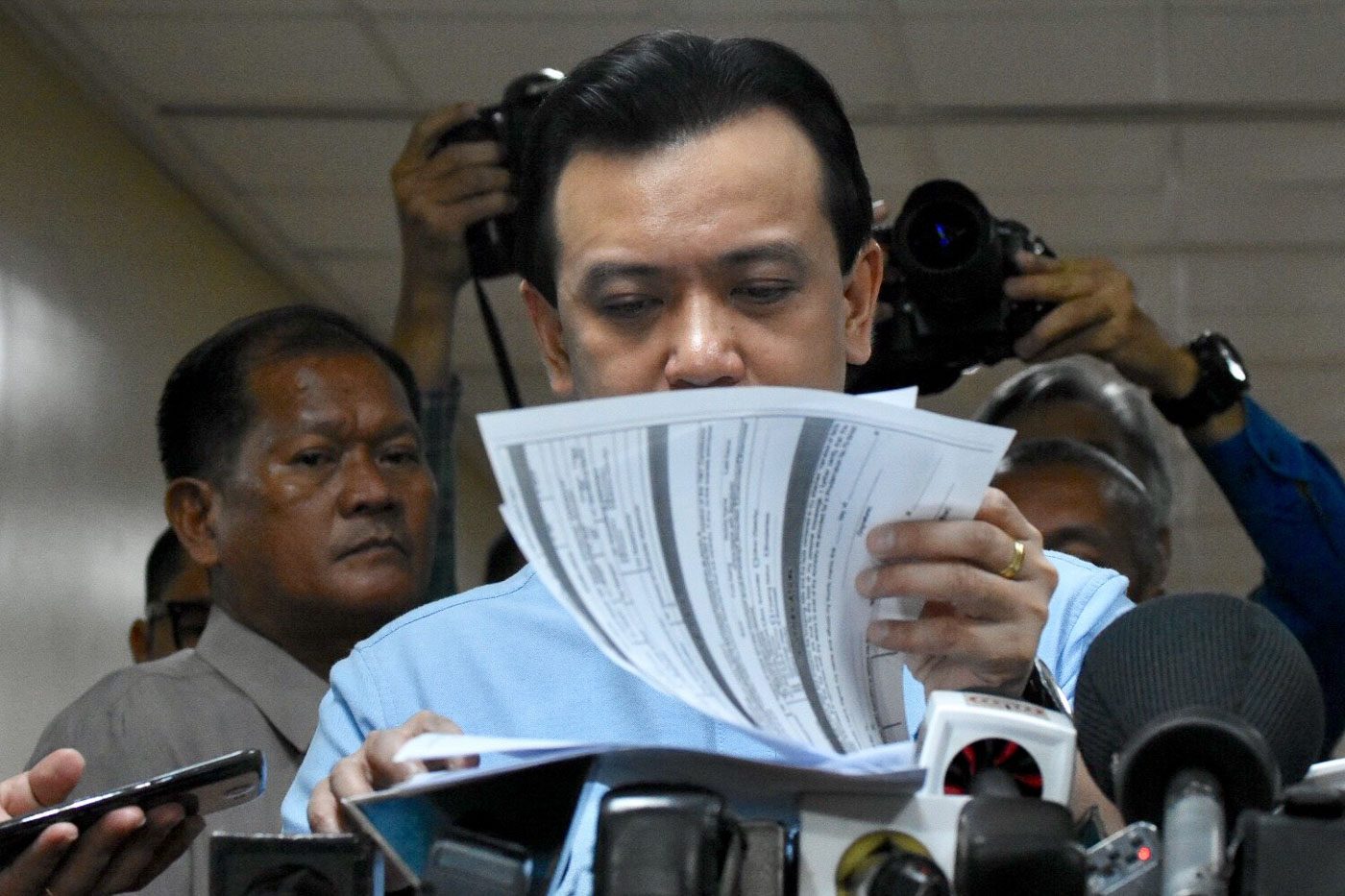 MANILA, Philippines (UPDATED) – Opposition Senator Antonio Trillanes IV has asked the Supreme Court (SC) to stop President Rodrigo Duterte’s order to revoke the amnesty granted to him and for his immediate arrest.

Trillanes’ camp filed the petition against Proclamation 572 on Thursday, September 6, two days after Duterte’s order was published in the Manila Times. The proclamation was signed on August 31.

(This proclamation is garbage. This goes beyond political lines because that presidential declaration should alarm the justices of the Supreme Court – Duterte’s exercise of executive, legislative, and judicial powers is all indicated there.)

“If i-affirm ‘yung proclamation, puwede nang mag-issue ng warrant ‘yung President (If that proclamation is affirmed, the President can just issue a warrant of arrest),” he added.

On Tuesday, the Makati Regional Trial Court Branch 148 gave the senator 5 days to comment on the Department of Justice’s motion for an alias arrest warrant and hold departure order against Trillanes.

But the Department of National Defense said the military could still arrest Trillanes without a warrant. Since the senator’s amnesty was ordered void, Trillanes is supposedly reverted to his rank, the Armed Forces of the Philippines (AFP) had said.

Trillanes opposed this, saying he was no longer part of the AFP after filing his Certificate of Candidacy for senator for the 2007 elections. He was elected that year.

DND Internal Audit Service chief Robert Rubin insisted, however, that Trillanes had been reverted to military service after his amnesty was revoked. (READ: Without amnesty, Trillanes’ retirement voided too)

Other lawmakers also questioned the validity of the order. Opposition senators have vowed to fight Duterte’s order, calling it an “illegal and abusive exercise of presidential power,” while other groups called it a “cowardly act.”